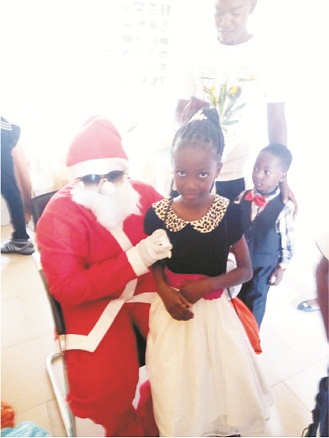 By Kemi Olatunde
|
Kevin was eagerly waiting for his holidays. His mother kept on hinting there would be a big surprise for him during holidays.

Kevin took out his scrapbook. The exams were just over and summer vacation just started. Now he was free like a bird. Free to draw, paint, play cricket and watch Television…anything he wanted to do.

Suddenly the doorbell rang startling him.

It was his pain of a cousin, Max, “hiii!,” screamed Max as he jumped on to Kevin’s bed breaking his crayons in the process. “I have come to stay here for the holidays”

Kevin never expected his mother’s surprise to be this bad. If this were the starting of his vacation then the next weeks would be his worst experience.

The next few days were horrible for Kevin.

After breakfast Kevin decided to do a painting. Luckily Max was not around. Kevin spread out all his art supplies and started painting beautiful scenery. When he was doing the finishing touches Max entered the room with a Pepsi bottle. He slipped on some water spilling Pepsi all over the painting, totally ruining it.

The next day was even worse for him.

Everything was peaceful till the evening. It all started when Max put the dirty clothes in the washing machine. After sometime Kevin heard some weird sounds from the washing machine. He went to investigate and later found that Max had put his best pair of shoes into the machine along with the clothes.

One day Kevin was going through the newspaper when some interesting news caught his attention. He read it aloud “The world famous philatelist Dick Brown’s stamps have been stolen last week in his town. Several other stamp robberies also have taken place and police suspect that all the robberies are linked.”

This piece of news concluded warning all stamp collectors to keep their stamps safe.

Kevin had a nice stamp collection and it was with his friend Allan. He decided to get his stamp album back as he felt it would be safer with himself. But Kevin couldn’t go because his mother’s friend was coming over for tea and his mother wanted him to be present at home during her friend’s visit.

Kevin decided to send Max to get his album. Kevin gave Max the address of Allan’s and Max set off. Max soon came back with the album and when Kevin checked it he found that it was not his album & it contained valuable stamps. Actually Max had gone to another house by mistake and he had knocked on the door but there was no response. He found the door unlocked and so he went in and found an album which resembled Kevin’s and he had brought it.

Kevin doubted that it might be the stolen album probably belonging to Dick Brown.

Kevin contacted the police and told that he had found a valuable album.

A week had passed since that incident and Kevin and Max got reward for finding Dick Brown’s album.

“I will never be angry at Max,” Kevin thought.

“Kevin, I was jumping on the sofa and accidentally I broke your spectacles.” No one is perfect,” he added before running from Kevin’s clutches.