How effective is ‘sexual register’ in combating rape? 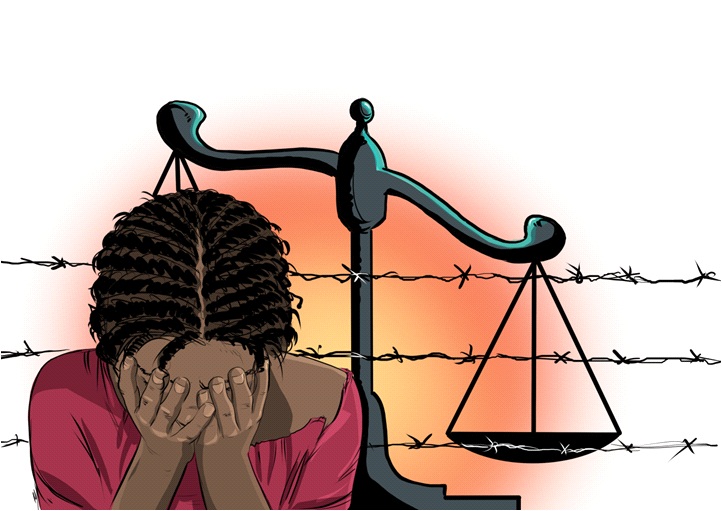 In order to find a lasting solution to incessant rape cases across the country, the idea of sex offenders’ register was embraced. The sexual offender register is a document that contains the names of persons reported, arraigned and/or convicted of sexual offences since 2015.

The sexual offender register among other things will monitor and track culprit following their release into the community. It will also provide important information about convicted sex offenders to local and federal authorities and the public, such as offender’s name, current location and past offenses.

According to the United Nations Children International Children’s Emergency Fund (UNICEF), one in four Nigerian women are sexually abused before they turn 18, with the majority of cases of sexual abuse in the country not prosecuted. Rape in  Nigeria like other countries of the world is a crime punishable with severe degrees of punishments upon conviction, depending on the law being considered in Nigeria.  Opinions however differed when The Hope spoke with some Nigerians on whether the sexual offender’s register is effective to combat rape.

In the submission of a public servant, Mrs Bimpe Owoeye, who lauded the idea of sexual register for rapist, said that considering how rape cases were handled in the past, perpetrators got away with their crime but added that with the sex offenders register in place, it will help in stopping future occurrence by shaming the rapists.

She added: “Sex offenders register is essential towards curbing the prevalence of rape cases across the country. If the register will be publicly published and transparent enough to be accessible to everyone, then, the sex offenders will have identification and nowhere to hide,” she said.

Sharing a similar view, an engineer, Mr Bobajo Akinlade, described the sexual register for offenders as a positive step against incessant rape cases which he said it was becoming a scourge.

His words: “It is very imperative that we have sexual register, it will discourage the perpetrators and those intending to do so because they will be called out. If you look at our society today, sexual offences of all sorts seem to be on the rise hence, the need to have record of these offenders. One, it will help in evaluating the rate of such crimes, serves as a guide in determining dangerous offenders in the society and also serve as a deterrent to would be rapists.

“I see the register as a tool that will really help in preventing rampant rape cases in the country if allowed to function properly. I also believe that it will help victims to seek for justice, knowing how security agencies handled issues of rape carelessly in the past. The register will help human rights defenders, governments, security agencies and individuals to achieve the goal of ending sexual abuse,” he said.

Speaking differently, a teacher, Mrs Omolara Adeyemi, hinted that she did not see the sexual offenders register as crucial in combating rape in the country, going by the way it is being handled in many states.

Her words: “As serious as rape cases are in the country, it seems that most state governments are handling it with kid gloves. Since they came up with the idea of sex offenders register, has it been able to reduce rape cases? Besides, how many of the states actually have the register? Until castration is signed into law as penalty for rapists in the country, we are not ready to address the barbaric act. Not that I am heartless, I am speaking as a concerned parent and a teacher who knows the psychological effects rape victims daily go through. We cannot fold our arms and watch the promising future of innocent young girls being destroyed. Curbing rape in the country needs drastic steps and castration remain the only solution,” she said.

Also a businessman, Mr Kehinde Arise, believed that combating rape in the country goes beyond opening a sexual register for offenders as he charged authorities concerned to approach the disturbing trend holistically.

He asked “If sexual register for offenders is effective enough, how come rape cases are on the rise? Why is the society making females vulnerable? The issue of rape is at its peak and should go beyond paying a leap service. How can sexual register for rapist be a solution to end the pandemic? You should understand that most of these perpetrators are shameless. Otherwise, they would not have descended so low to raping their biological children or minors when we have commercial sex workers around.

It seems that the  punishment for rapists in the Nigerian law is too weak, we must review it. If rapists get death sentence and are publicly executed within a month of passing the judgement, I tell you that it will go a long way to end the scourge. The issue of rape has gone beyond sexual register. Let the law of the land be amended in a way that every rapist caught dies by firing squad and be carried out within a month after the judgement. With this in place, war against rape will be won. Government knows what to do if it is ready to address increasing rape cases in the country,” he said.

A self employed graduate, Ms Maureen Ekpo, in her words commended the efforts made so far at ending rape in the country but however said that the idea of sexual offender register would not be enough to end rape given the alarming rate of reported cases.

She said: “Just look at what is happening in our tertiary institutions, where randy lecturers unnecessarily frustrate female students in school because they refused to yield to their sexual demands. Most employers demand for sex before employment and religious centres are not left out. Sexual violence should not be condoled under any guise. The call for name shaming in the sexual offender register will not do much in stopping sexual offence. Rapists are shameless,  hardened and need stiff penalty to serve as a lesson to others, “she said.