How lawful is the intrusion of federal security agencies into states? 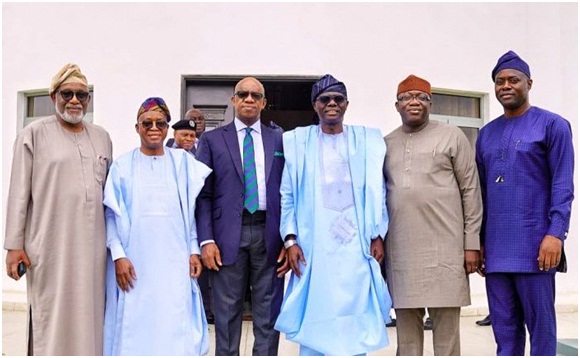 Many Nigerians and major groups in the Southwest region of the country have reacted to the admittance by the State Security Service (SSS) that its operatives invaded the home of a leader of a group clamouring for a Yoruba nation, Sunday Adeyemo (also known as Sunday Igboho), in a bid to effect his arrest. The Hope Classics spoke with some lawyers for their views. Excerpts:

To state that Nigeria is currently passing through turbulent and traumatic phase of her political trajectory can never be an understatement, but rather, stating the obvious.
The country is indeed in a precarious and perilous situation, and so, the weather-beaten cliché that says “a drastic situation demands a drastic solution becomes handy and inexorable for the Federal Government of Nigeria to apply the order to quell this seemingly intractable security challenges prevalent in all parts of the country.
Therefore, the “intrusion” of the Federal Security Agencies into States, particularly the Southern States of Nigeria, in order to exercise its constitutional duty of ensuring security and welfare of the citizens as enshrined in Section 14 (2) 6) of the 1999 Constitution of the Federal Republic of Nigeria (as amended), is not only expedient but lawful, in my humble opinion, on the following grounds-
*By the provisions of the extant Nigeria Constitution (supra), in the Second Schedule, the establishment of Security Agencies such as the Military, the Police, the Civil Defence Corps and other allied security agencies, is patently under the Exclusive Legislative List, particularly items 38 and 45 therein.
This therefore means that these Security Agencies are the creation of relevant Federal Acts enacted/to be enacted by the National Assembly, the apex legislative body in Nigeria.
Furthermore, by the spirit and letters of Section 14 (2) (b) of the Constitution, the Federal Government, through its Security Agencies, has the constitutional duty of providing security for the entire nation, and indeed all the 36 States of the Federation, including the Federal Capital Territory, Abuja.
Therefore in the course of performing this constitutional duty, the Federal Government, through its Security Agencies cannot be rightly accused of intruding into any Sate if the purpose is to detect, forestall or quell any criminal activities capable of disrupting the peace and tranquility of the society in any part of the country.
However, unless and until the issue of Security is removed from the Exclusive Legislative List and transferred to the Concurrent List, the State Governors will remain “ceremonial” Chief Security Officers of their States, and indeed toothless bulldogs that can only burk but cannot bite.
It should be noted that procedurally, no security operation in any State can be carried out without the pre-knowledge of the Commissioner of Police for that State, and for that reason, the de jure and de facto Chief Security Officer of any State in Nigeria as it stands today is the Inspector-General of Police, ably and effectively represented by the Commissioner of Police in the States, and obviously not the State Governor.
The way out of this constitutional impasse or debacle is that the Federal Government, through the National Assembly should put the Commissioner of Police of each State under the administrative control of the Governor just as the Federal Government vide Section 315 of the extant Nigeria Constitution, vests the administration and control of the land in each State under the respective State Governors.
It is only then that the State Governor can be the “Chief Security Officer, properly so called, of his State.
For effective and efficient policing of Nigeria and her people, a paradigm shift from the present Federal/Central Command System of our security architecture to the establishment of State Police is a sine qua non. Unless and until this happens, the seemingly intractable security challenges in all parts of the country would continue unabated.
The legislators of the National Assembly should justify the humongous amount of money and resources being expended on them by enacting laws that will transform this potentially great but docile country. To whom much is given, much is expected!

I believe that the killing by the officers of the DSS is unwarranted and unjustifiable a violent breach of the fundamental right of those who were killed by the overzealous officers at Sunday Adeyemo’s residence.
Insecurity in Nigeria today has reached an alarming crescendo that triggers a great concern in our minds.
This is not unconnected with the unending cases of insurgency and banditry in the North, closely related with kidnapping and other violent cases, communal clashes in the Middle Belt.
I commend the giant step taking by the Southwest governors to put in place a security outfit ‘Amotekun’, which has undoubtedly assisted in great deal in curbing insecurity that we have been experiencing in the South West.

There is no law in Nigeria that allows you to arrest somebody in the dead of the night when you are not planning a coup and you are not an armed robber.
There is no provision, unless a crime is being committed in the night; you cannot go there and arrest.
In this case, you are required by law to bring a search warrant. In this case, there was no search warrant, nobody took an inventory.
Take Ibadan for instance, the invasion of the home of Igboho happened in the night and for all-day, everybody was wondering who did and that seven people were killed.People were arrested and abducted at 2:00 a.m., the governor of the state wasn’t aware.
Now, Sunday Adeyemo has said I didn’t have any gun in my house. Yet, the SSS paraded guns and other ammunition.
All the controversies would have been unnecessary if the SSS had behaved like a modern, civilised agency.
These are very dangerous legacies of military dictatorship in our country,” Mr Falana said.

I cannot support Sunday Igboho but I see him as contributing his part to secure his region. The federal and state governments have failed in their responsibilities of ensuring safety of lives and properties.
The failure of those in power created the vacuum that people like Sunday are trying to fill. It is a bad thing to have people like him amidst citizens. Imagine the weapons in his house. That’s barbaric. To me Federal Government has every right to protect it’s citizens and can go to any State to arrest having genuine evidence.
Now that he has been declared wanted, the government must be willing to secure lives of citizens. Let them declare leaders of bandits wanted too, so that we can have peaceful country.

It is becoming a norm under the Presidency of Muhammadu Buhari that gangsterism, knee jerk reaction, brutality, and suppression of the inalienable right of Nigerians.
The president has developed a strange fascination for militarism, haughty disdain for other nationalities that form the federation and ongoing state criminality, which bothers on dictatorship.
This administration had pursued bandits, kidnappers and killer Fulani herdsmen with the same ferocious zeal of brigandage, the insecurity of lives and property that gave birth to Adeyemo, would have been averted.
I am not happy about the ways and manners at which the present administration is trembling on the constitutional right of governors as the chief security officers of their various states.
Nigerian are not happy with the unlawful and ridiculous attack on Sunday Igboho’s house because it was not done in line with the laid down rules and regulations but only by impunity.
It is the unwillingness of President Buhari-led administration to listen to various calls for restructuring, his failure to curtail insecurity, ensure equalisation of opportunity and disobedience to the federal character that led to agitation for secession.
Chief Sunday Igboho is just a product of circumstance, provided the herdsmen menace had been put to an end on time. People like Sunday would not be a topic of discussion in the South-West region let alone Nigeria.”

I condemn it personally in a very strong term. In Sunday Igboho’s case, there is no record that Igboho was invited by the police to report. The use of the military for (a) purely civil issue is bound to escalate tension.
Government and security services should recall how Boko Haram started. It started, following the unlawful killing of their leader, who was under arrest by the police. He did not resist arrest. But, he was killed. It is improper to invade the house of Igboho.
Police should have gone to his house with a warrant. That was what was done under the military. The military are meant to protect the territorial integrity, and not to meddle in civil affairs. Their work is to fight terrorism and demonstrate effectiveness in restoring security.
Even, during the military rule, under Gen. Sani Abacha, the military were not directly involved in civil matters. It was the police and SSS that were arresting people, not soldiers. This should end.
On its part, Odua Peoples Congress (OPC) leader, Gani Adams, said “killing Igboho could lead to another bloodbath and war akin to the Boko Haram insurgency in the Northeast.
The attack on Sunday Igboho’s house is most unfortunate. It is a reflection of the fact that our lives as Nigerians are of no value to the government. And the truth is that nobody is safe in this country.

Can court order unions to call off strike?

Is it legally visible for United Nations to declare part of Nigeria a protectorate?

Divorce: Who takes custody of the children?

Legality of parading suspects before trial