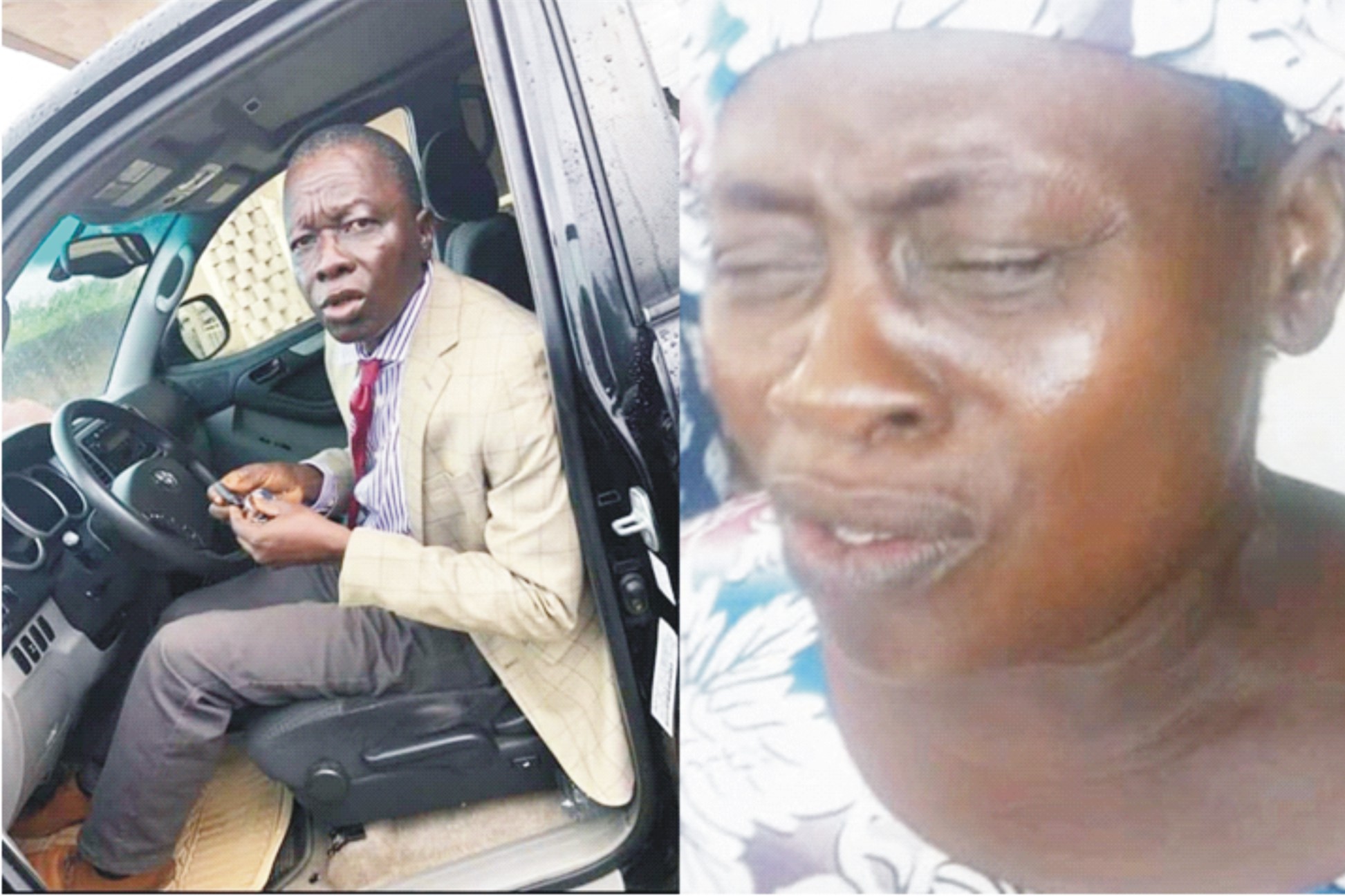 Pastor Godwin Ogedengbe, a retired civil servant and a minister with Deeper Life Bible Ministries has lamented his ordeal at the hands of Kinappers during the trial of his alleged abductors before an Akure High Court Judge.

He shocked the jury and the spectators when he hinted that it was one of the people he took as his son and mentored that orchestrated his kidnap.

Having retired from the Ondo State Ministry of Education, he explained that he chose to focus on his pastoral work in the Deeper Life Bible Church (DLBC).

Ogedengbe said that his place of primary assignment was a branch of the church in Aduralere, Off Irese Road, Onigarri, Shagari, Akure.

While testifying before the Ondo State High Court about what happened to him on May 5, 2021 in his church, the witness said it was a day he would never forget in his life.

On that fateful day, Pastor Ogedengbe said that he was in his church for Bible study when some people entered the church in camouflage.

He said, “I just saw that they entered the church. I thought that they were police men. They slapped one of the church members and I shouted, “In the church of God? Why will you do this?”

Pastor Ogedengbe said that they asked to know if he was the pastor and he answered in the affirmative. Thereafter, as he asked to know their mission, they pointed a gun at him. “They asked me to come and see what happened outside. I followed them, thinking that they were police officers. I was bundled into the car and they fired some shots,” said.

The cleric stated that after he had been blindfolded, he was taken to an unknown destination. Though he could not figure out the exact number of the kidnappers who abducted him, he said that they kept him in a house but usually dragged him to the bush in the night.

He added that his hands were tied to the back, along with his legs. He said that while in captivity, he was monitored by two kidnappers. One of them masked his face while the other one did not.

Pastor Ogedengbe told the court that the abductors claimed to be assassins who were sent to kill him. The cleric said that he had spent three days in the abductors’ den before his family members got to know about his whereabouts.

At that point, he said that the kidnappers demanded N30 million from his family, though he got to know after his release that his family actually paid N12 million as ransom.

Pastor Ogedengbe recounted that he was kidnapped on a Monday and by Saturday a man came to apologise to him, saying, “Pastor, please forgive us. Your people have co-operated.” He said that he was later released and he found himself between Igbara-Odo and Ikere.

Before his testimony, the court had first docked two men.  They are Ayo Samuel Bola (59) and Titus Dayo (36).

The duo were charged with conspiracy to kidnap Pastor Godwin Ogedengbe in his church on May 5, 2021. According to the charge sheet, the offence which was committed at 8:30 pm on the said date contravened Section 516 of the Criminal Code, Cap 37, Volume 1, Laws of Ondo State of Nigeria, 2006. Following the reading of the charge sheet to the defendants, they pleaded not guilty.

When asked if Pastor Ogedengbe knew the two suspects, he replied that he knew the second defendant, Titus Dayo. He said, “I’m a member of Prison Evangelism Team of the church. We visit prisons twice in a month. I met Dayo in 2019 when he was released from Olokuta Prison and he came to my area. I took him as my son and tried to rehabilitate him.” Pastor Ogedengbe explained further that one of his colleagues in the prison ministry later gave Dayo a job.

After the cleric regained his freedom from the kidnappers’ den, he received a call from the police.

According to him, his brother had earlier reported his abduction to the police. Though the man and his wife were afraid initially, their fears were allayed as the caller turned out to be calling from the Police. When he and his wife got to the police station, the police revealed to him that Dayo was among those who masterminded his kidnap.

While answering questions from the counsel to the first defendant, Olasupo Ati-John, Pastor Ogedengbe said that there were about 40 worshipers in his church when he was abducted. While stating that he was not sure of the exact number of kidnappers who came, he said three of them entered the church, while the rest of them remained in the car they brought outside.

Pastor Ogedengbe said that his driver was initially abducted by the kidnappers before one of them screamed, “he is not the one.” At that point, the driver was released while he himself was taken away.

During cross examination by the defense counsel, he asked the witness the role that was played by the first defendant, Ayo Samuel, Pastor Ogedengbe said that the first defendant looked like one of the assailants. However, he was not sure if he was the exact assailant or a look-alike.

When the King’s goat eats his yam

When the King's goat eats his yam