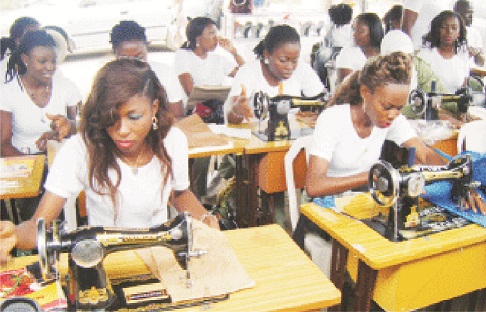 By Kehinde Adejumo
|
Unemployment is now a global problem but the rate in Nigeria is quite alarming, Mr Emmanuel Adekola, a community leader in Idoani  in Ose Local Government Area of Ondo State stated this during an interview with the Community Hope.

He called on young graduates  and the unemployed  youths in the country to acquire necessary skills in order to survive the  current harsh economic realities.

According to him, unemployment has reached a frightening dimension in the country, that it now constitutes an affront to government efforts.

Speaking further, Adekola said various institutions in the country are churning out hundreds of thousands of   graduates yearly without  job  opportunity for them.

He said, if urgent  measures are not taken to curtail the trend, it may lead to increase in social vices and  youth restiveness.

“The increasing rate of kidnapping, armed robbery, ritual killings and the host of others are resultant effects of  growing rate of youths unemployment in the country.

“If something urgent is not done we are all sitting on the kegs of gunpowder which can explode anytime.

He stated that youth can go into computer training , wood technology, Poultry, fish farming hair salon, tailoring,  mechanics  among others.

The community leader said he studied Soil  Science in the university, but when white collar job was not forth  coming after moving from one city to the other, he took to poultry and fish farming, adding that today he is an employer of labour.

“With this vocation I was able to  train my children to the  university, sent some abroad for further studies,  bought car, and I have built a house.

“l can say it with all boldness that there is non of my mates, that we graduated together that can look  down on me.

Adekola called on Akeredolu led administration to revisit the school curriculum in order to include Vocational Study.

He added that most developed countries  had at one time in their history  introduced skills acquisition schemes to  fight unemployment.

He commended the Ondo State government for its various community development programmes.

He said the establishment of  Digital Villages in some local government areas in the state is a welcome development.