How parents cut corners to enroll underage in secondary school 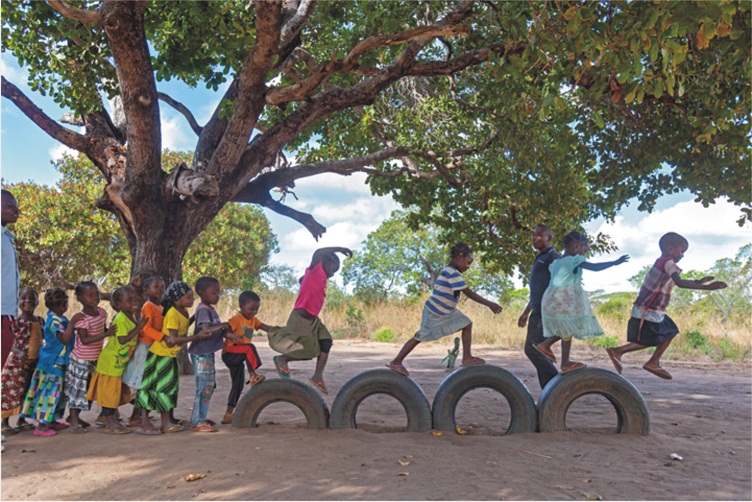 In recent times, the idea of parents pushing their children to finish their education at a tender age is becoming alarming. According to investigations, parents now cut corners to have their children sit for the common entrance examination  at much younger ages and get them admitted into secondary schools.

This trend in recent times has been posing serious challenge to the education system, as most parents even go as far as manipulating the ages of their wards so they can have their way.

The 6-3-3-4 system of education in Nigeria was introduced in the early 80s. It was designed to bring about functionality in the system by producing graduates who could  make use of their heads, hearts and hands (the 3H of education). According to the model, a child will spend six years in primary school, three years in junior secondary school and if he/she is sound academically, the child moves to senior secondary where he/she will spend another three years before proceeding to the university to spend four or five  years.

This  system of education is no longer followed by most anxious parents who want their children to finish school at a tender age, not minding the consequences. Children below 10 are being admitted to secondary schools. The trend is becoming alarming.

A school administrator in a private  school who preferred anonymity, said  if nothing is done, the nation will continuously churn out youths who are not ready to face the world. She explained that under-aged children forced into classes higher than their capacity bring burden to the system, and will be unable to cope with advanced learning in the future

“Sometimes, you see a child just lost in his thought while in school. Sometimes, you see a child who has been doing well at the lower level and at the time they are pushed to the secondary school, they begin to fumble, and they are neither here nor there. It is giving us concern, but when we explain  these situations to parents, they don’t want to understand, we urge the government to continue to  ensure compliance with its rules of engagement in primary education” she said.

Ayodeji Ayanleye, a psychologist, said rushing a child through school has been linked with mental stress, low emotional intelligence, low self esteem and even peer pressure that sometimes leads to drug abuse and many other unlawful activities.

He further said, “In a culture that emphasizes success, children are bombarded daily to grow up too quickly. They are pressured to learn to read and count even before they can walk; to outperform the other kids in their kindergarten class; to be self-sufficient, productive and disciplined. This rushed childhood creates undue stress that can have devastating effects.

“We need to sensitise our people, we need to educate them, and give them the proper orientation. They need to know the implications of hurrying their children. If parents don’t have this  basic knowledge , they can never see the danger in it”

“We are always hurrying the children; and that is why you will see children who are just eight years old in secondary school.

An eight-year old kid can easily be manipulated into doing what is not right because he is still very young and not smart enough. These children have  skipped four good years in primary school, and this has a huge impact on them and their wellbeing. It will definitely affect the future of our country,”

He, therefore, called on  government at all levels, school owners, parents, and other stakeholders, to take action towards halting the practice.

Bunmi Adewa, a mother of two, said most parents will continue to manipulate and cut corners because the system tolerates it.

“Admission into any level of education in Nigeria should be based on original birth certificate and Affidavit from the court. It shouldn’t be based on lame excuses but concrete evidence. This will go a long way in helping these kids themselves.

Long before now, we saw 11-12years old in JSS1. Now it’s  7-9years old in secondary school. These issues need to be eradicated because these kids obvious kids. There is a need to stop this practice, as it often affects the social and emotional development, as well as the progress of the child,” she reacted

Olujide Adebiyi, a teacher, said if thorough investigations are done, we would see that those involved in helping these parents cut corners for their children are mostly from  private  schools because they are strictly profit oriented. Anything that gets them more money is what they do.  So they bend the rules in the education system for more profit. These types of schools should be sanctioned, because they continue to encourage these practices and in return pose  negative consequences. This act is decaying our education system,” he noted

Another parent, Joseph Owolabi, said  “For me, I don’t support enrolling children in secondary school prematurely. The best thing is for a child to spend the required number of years in primary school before entering secondary school. Those who designed the structure of education knew what they were doing.

“The best thing is for the child to complete the course. Children who are enrolled prematurely end up becoming a thorn in the flesh of teachers. They are the ones who will hardly understand what the teacher is teaching and will be behaving like babies. So, the best thing is to let the child undergoes due process,” he added.