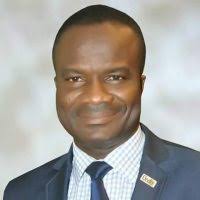 By Our reporters
|
Despite safety measures put in place to check corruption in Ondo State by the present Akeredolu administration, some unscrupulous public servants have succeeded in fleecing the government of millions of naira.

The Hope investigations revealed that the Board of Internal Revenue (BIR) and the State owned Signage are the two honey pots targeted by the swindlers.

Already, six of the itchy fingers have been arrested by detectives at the Board of Internal Revenue following intensive police investigations.

During the investigations, one of the suspects, a woman had over N200 million in her bank account.

The woman, a staff of the Ministry of Works who had been indicted for similar offence and was reportedly refunding money to government, employed a non public servant working for her with forged government receipts with which she perpetrated her nefarious deals.

“What we found in her house between 2013 and 2017 were prodigal fake receipts worth over N200million, International Passport with which she travels frequently since January 2018 and now that she was arrested, she has made over N200 million from government coffers.

Also nabbed is a level eight officer (names withheld) who colluded with some accomplices to print the e-receipt and fake tax clearance certificate.

They have their fake receipt they issue to people. If you see his house, you would be amazed at his marble palace and the eye pepping car we recovered from his wife.

The Hope also gathered that over N200 million was found in his account with a first generation bank.

At the time of this investigation, The Hope learnt that three employees of signage have been arrested for conspiring with some staff of a popular Lagos based bottling company to fleece the government of a whopping amount of money.

Their arrest, it was further learnt led to further investigations which showed that huge amount of money collected as Signage fees from other multinationals were pocketed by the arrested Signage staff.

The SSA on Special Duties and Strategy, Dr. Doyin Odebowale confirmed that six staff of the Board of Internal Revenue are being investigated for fraud.

He said prosecution has been narrowed to three of them who he identified as staff of the Ministry of Works, SITA and the Board of Internal Revenue, adding that they will be charged to court soon.