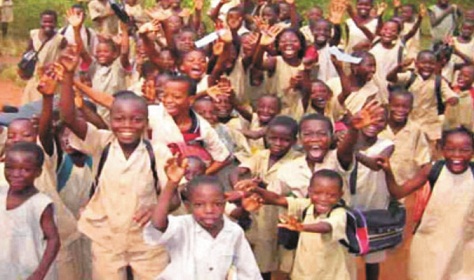 By Bukola Olamona
|
Truancy among students in schools today has almost become a national phenomenon where you might never find a clime in the country where the menace is not prevalent among students, especially those in the secondary schools.

Consequently, truancy has significantly hindered the programmes of schools in particular and the academic development of students in general.

It is generally regarded as a major anti- social behavior among secondary schools students in Nigeria, a survey conducted by The Hope has shown.

Research has indicated that in the western world,parents and guardians risk prosecution in the event of their children’s or wards’ non appearance in school.

Students who engage in truancy often perform poorly in their academics and may eventually drop out of school thereby truncating their academic career.

Speaking with The Hope Education in an interview on the subject, a Guidance and Counsellor at Eji- Oba High School, Oba Ile , Akure, Mrs Adesola Ogunwolere, described truancy as a maladaptive behavior in students, whereby students are always absent from school when he or she is supposed to be in school.

According to her: “When a student also involves in issue or a drug issue that can affect him or her negatively, such situation can be described as truancy.

She said some students will even come to school, but will not attend classes, even when their teachers are there, they will be  loitering around or running into the bush when accosted.Mrs Adesola said it is multi- dimensional ranging from family background to  other factors.

Her words:”In a situation whereby a father smokes or takes drugs  in the presence of a child, he or she may want to try it one day.

Whenever we go to Guidance and Counselors meeting, we have cases which we discussed of students taking drugs including tramadol mixed with soft drinks”.

Mrs Adesola also noted that some students come from families where they are not cared for. Hence, such students become depressed and may even prefer to stay alone under the teak tree than coming to classes, or not coming to school at all.

She added that some guardians of some students who are not living with their parents maltreat them and do not allow them to come to school.

” Some of these guardians send such students to first take their own children to their schools,thereby coming late to school or make them work late into the night and by the time they get to school, they might not be attentive or be sleeping in class”.

The teacher also identified peer group as one of the causes of truancy among students, stressing that some students who were hitherto of good behavior later turned out to be  of bad behavior because they move with those with maladaptive behavior by imitating them and with time ,they too will become truants.

She equally identified school setting as another cause of truancy, saying where teachers become harsh and hostile to students, the students may opt for truancy.

Mrs Adesola enjoined parents and guardians to always monitor their children and wards, adding that whenever they observe any maladaptive behavior in them, they should counsel them with love and show them reasons why they should desist from such acts.

“As a mother,you should be able to counsel your children, call them in the night, talk to them and let them know that good behavior will bring about good future. You must also pray for them”.

Mrs Adesola equally urged teachers to always carry counselors along in all circumstances in schools as Counselors cannot know virtually all what is happening in the school unless the class or subject teachers call their attention to it.

She added that teachers should not always use canes while instilling discipline in students as they might develop thick skin, thereby leading to truancy.

Also speaking with The Hope Education, another Guidance and Counselor at Eji-Oba High School, Oba -Ile, Akure ,Mrs Cecilia Oladimeji said government can help curb truancy among students by providing fence in schools, as  students are found of running into the bush at will.

Mrs Oladimeji who noted that officials of the Ministry of Education have been visiting schools to educate students on the negative effects of truancy, she however called for intensified efforts in that direction.

It should be noted that concerted efforts of all stakeholders in the Education sector will undoubtedly curb the trend called truancy.

Ekweremadu in eye of the storm;x-raying Nigerian elite impunity