How to make a Will 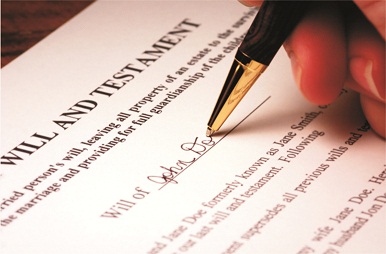 By Kayode Olabanji
|
Will and Will’s-making is not a popular phenomenon in our clime because Africans generally despise death related matters which they think is a taboo or a foreign idea.

Formal Will was introduced in Nigeria by the Wills Act of 1837 and later amended as Wills Laws of the various states.

Legally speaking, a Will may deal not only with real property but also with personal and movable properties.

The purpose of a Will is to carry out the after death wishes of the maker of the Will. A Will is simply the wishes and aspirations of a person to be carried out after his death.

In legal parlance, a Will speaks after the death of the testator. In other words, the maker speaks from the grave.

A Will is ambulatory which means the maker while still alive can change or revoke it to reflect his mood and accommodate fresh decisions.

For a Will to be legally acceptable, it must have been made without duress or undue pressure from other persons.

Also, it must be signed and witnessed according to the law as well as identifies the property and names of the beneficiaries of the gifts in the Will.

Those appointed under the Will to administer the estate of the deceased are referred to as executors.

For a Will to be valid, there are some hurdles to protect the maker and the beneficiaries.

Chiefly among these factors are age and mental capacity. The Will maker must have a sound mind and not be pressurized by external factors. Undue influence can vitiate a Will because a will is expected to be freely made by the maker without pressure from any quarter.

Just as a living person can make a will, it can also be revoked by him through marriage, making another will, writing to revoke and by destruction.

What are defenses for libel?