How we ‘re empowering beneficiaries – Ondo IFAD/Life-ND 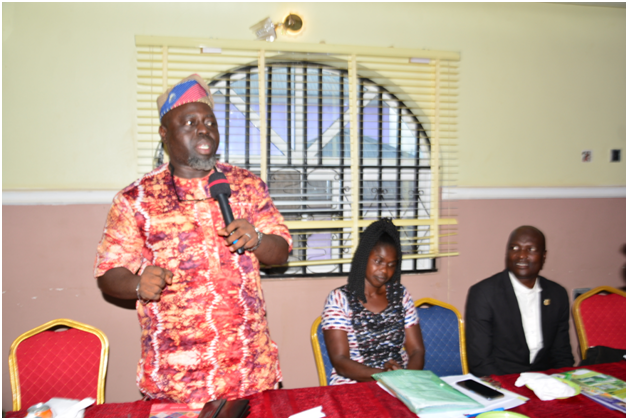 As parts of its mandates to enhance income, food security and job creation for rural youths and women through agric-enterprise development in the Niger Delta region, International Fund for Agricultural Development Livelihood Improvement Family Enterprises in Niger Delta (IFAD/Life-ND) project has said beneficiaries will continue to be monitored and supported after their graduation from the programme.

The Ondo State Project Coordinator, Prince Ademola Olawale made this known during a roundtable meeting with newsmen in Akure.

In addition to the 260 beneficiaries trained and empowered in the first batch, Olawale said that additional 920 beneficiaries are undergoing training and will be empowered to boost employment, revenue generation and food security in the state and Nigeria in extension.

He explained that the 920 beneficiaries include 650 quick-win beneficiaries and 250 regular incubates, adding that incubator-incubatee model is being adopted to run the project.

Represented by the State Rural Institution Gender and Youth Officer, Mrs. Bolanle Ajibade, the project Coordinator said the beneficiaries were also being supported with feeds, juveniles, stems, agrochemicals and seedlings, among others.

Highlighting the achievements of the project so far, the state Administrative and Logistic Officer, Dr Adeola Adejumo said the beneficiaries are being linked with financial institutions in order to ensure they commercialize their productivity and not just for household consumption

He identified some of the sustainability efforts being put in place to support the beneficiaries as constant workshop on productivity and financial management, capacity development for staff and beneficiaries, establishment of enterprise groups and ensuring each of the beneficiaries has functional bank account.

On ensuring the produce of the beneficiaries are marketable, he stated that they are being linked with off-takers to buy the produce as soon as they are produced.

He added that the incubators (trainers) are expert in each agro-enterprise and will facilitate marketing of the incubatees’  produce.

He identified that the objective of the media roundtable was in recognition of the role of the media in projecting the project to meet its set objectives by giving adequate coverage and mobilising the people to benefit from the programme.

Olawale added such media engagement will serve as feedback mechanism and platform to criticise the project for efficiency.

He appreciated the media practitioners for constructive criticism of the programme, their inputs and recommendations to make the project better.

The project is targeted at youth (18-35 years) and women in 10 communities in 10 local government areas  of state based on defined criteria.

ASUSS calls for TESCOM Board

Out of school children: Advocate more on benefits of education – NUT chair