Home General Features How  young girls are lured into prostitution 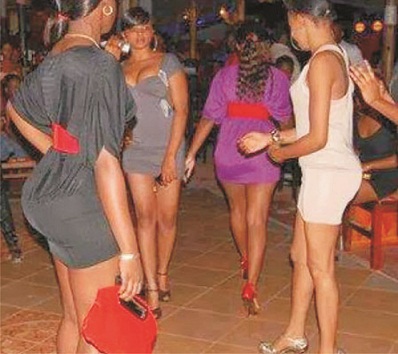 By Maria Famakinwa
|
Over the years, there have been flagrant abuse of the rights of children in Nigeria with a good percentage of them being girls. They were forced into hard labour,  sexual harassment and all manners of degrading treatments.

Among these aforementioned, findings have shown that child prostitution is fast becoming a widespread phenomenon in the country as reports from various quarters revealed that girls and young ladies are being lured into the illicit trade of prostitution as the trend is growing at an alarming rate. As concerned citizens of this nation are calling for concerted efforts to nip the ugly act in the bud.

Findings by The Hope revealed that most of the victims are being cajoled into the illicit trade due to their naivety and quest for survival through any means.  July this year, three girls from the South South and Southeast, Helen Dickson 22, Deborah David 18, and Chinwendu Oyekachi 18, were trafficked to Lagos with the promise of good jobs only to be forced into prostitution, sleeping with seven to 10 men daily to meet their N30,000 daily target before they were rescued by the police after a tip off, that they were being held hostage at a particular hotel in Lagos.

A school teacher, Mrs Sola Akintoye blamed bad company and get-rich-quick syndrome among youths for the rising cases of teenage prostitution and urged parents and guidance to monitor their children and the company they keep.

“Gone are the days when teenagers want to study and wait for their turn to make it. Now, what occupy their minds is how to become rich over night. They want to be like their rich friends without knowing how they make their money. Some of them haven’t noticed financial status of their friends want to follow suit. They were brainwashed at getting a good jobs in Lagos, Abuja and outside the country which had led to the untimely death of some of these promising Nigerians.

“I pray that government at all levels should do the needful by organising lectures for teenagers on the evil effects of prostitution and that such should be included in the secondary school curriculum for better awareness.”

Mr Kenny Igbekele, a parent opined that most teenagers fell into the antics of child traffickers because of the harsh economy.  “Most of the victims fell into the trap of false opportunities due to harsh economic realities. Once they promise them juicy jobs with good salaries, they never bothered to make further investigations because they see it as a rare offer to enhance their standard of living.”

A school counselor, Mrs Dupe Adaranijo blamed the reoccuring ugly incident of teenage prostitution on most parents for failing in their parental roles. “It is disgusting that most parents shy away from their responsibilities. Most of them are aware that it is a scam for anybody especially strangers to promise giving their daughters jobs in Lagos and outside the country yet, they will pretend as if they do not know only for their daughters to be used as sex machine.

“Some parents will even ask their children to go out with men to make money. Many of the parents do not even bother to ask their children how they get money to buy certain things. The situation is very pathetic that most of the commercial sex workers in hotels across the country are teenagers who we often refer to as the future leaders of this country.”

On the way forward, she appealed to the government to put in more efforts at improving the standard of living of an average Nigerian as she observed that poverty is the major reason why most  teenagers are into prostitution and also advised parents to give more attention to their children. She added that they should study their children and not spare the rod when it is the right time to apply it, adding that the joy of parents is seeing their children succeeding in the future.