How young women abandoned
by husbands desperate to ‘Japa’ 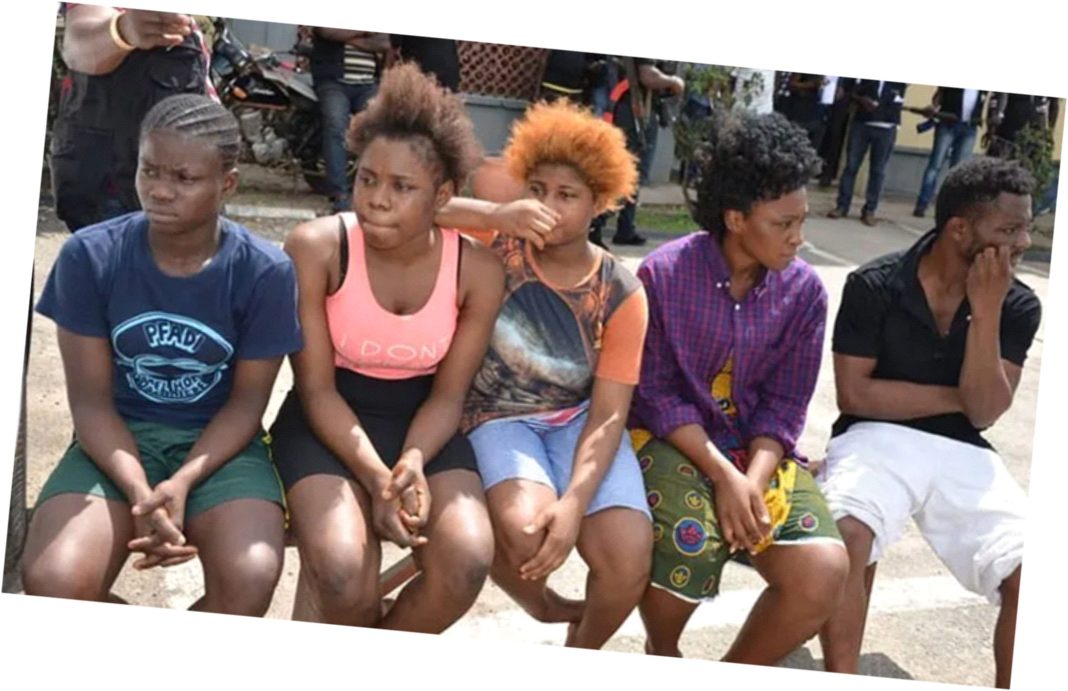 Tired of struggling to make ends meet, and attracted by the various stories of allure abroad, many married women whose husbands have either abandoned them or not living up to expectation of caring for the family are now leaving the country in droves.

Many of the married but young women, who said they were tired of the misery at home, revealed that they are ready to pay any price it will cost towards taking the tortuous journey for greener pastures abroad.

Many of those women are now being recruited by human trafficking syndicates, promising them mouth watering jobs in Europe, America and even in some other African countries.

Findings by The Hope showed that many of the married women are willingly surrendering themselves to the syndicates who now register their names for necessary processing and arrangements towards sending them abroad.

One of the women who spoke with our correspondent who acted as an interested candidate for such journey, a 38-year-old Mrs Ronke Albert, a native of Oba-Ile in Akure North Local Government area of Ondo State, said she had registered her name with a syndicate travel agent, based in the state currently recruiting young ladies to be taken to Dubai for prostitution.

The mother of three said she was desperate to leave the country in search of greener pastures.  She said: “I took the decision not to let the type of job I am going there to do bother me because I have been pushed to the wall. I need money to take care of my three children and myself.

I am not the only one who had registered with the agent, I have some other friends who live around that are interested in the journey but many of them can never tell others as I am relating with you.

I can take you to the firm’s office to get your form and fill.

In my case, the man I had my three children for, I found out that he has four other children from three different women who also live in my community.

I work hard to take care of my children and myself as he is never responsible. If I have this opportunity to travel,  if they make me sleep with a dog, I will gladly do it because I’m sure I will never be the same again.

While explaining the processes this writer will have to follow before she could be registered for such trip, Mrs Albert further said:  All you need to do is to be interested and collect the form with N5,000. Then you pay registration fee of N30,000.

After you are done with that, you will need to pay for your passport by yourself. But how to get your Visa is never your business because they have promised to give us Visa, tickets, accommodation and Job when we get to the country.

I have mapped out my plans’, I will drop my three children with my mother. At least in the next few months, I should be able to start sending my mother allowance, hopefully. Then after a year I will come back home for a better life.

If I get there and I have the opportunity to go to school, you never can tell I will jump at it. Even if it’s an online class. I believe things will be easier for me out there. The fact is that I will work and ensure I develop myself.

The woman told our correspondent that: “I understand that they don’t want people that look innocent. For that reason they will not want to have any meaningful relationship  with anyone but get serious with their Jobs.

She narrated that the person that opened her eyes to it is also a woman  with children, but now in Dubai, working and sending money home. “Her children are living fine and her mother is fine. That is what I want, she added.

I must let you know that women were not necessarily turning to prostitution to get cash, but for payment of house rent or to get food for herself and the children.

A suspect recently arrested by Ondo Amotekun was alleged to have lured two young ladies, Adeoye Olufunmilayo,17, and Sandra Adeyeye ,20, into taking up jobs in Mali as sales representatives with a salary of N200, 000 monthly.

While lamenting their ordeals ,the victims who were rescued by personnel of Amotekun Corps and have been reunited with their families, said they were hoodwinked to take the offer.

One of the victims, Oluwafumilayo Adeoye,, who is a hairdresser and a Senior Secondary School dropout of New Church Grammar School, Owo in Owo local government area of Ondo State said she did not inform her parents before embarking on the journey.

“I am from Ikare-Akoko in Ondo State. Matthew Olupona told us that there are lots of work in Mali. So, we agreed to go there to work. Our parents didn’t know about it, there were three of us that went there, but I was the only one from Ikare Akoko. The other two are from Owo.

“Before I went to Mali, I was learning tailoring, but yet to do my graduation. I could not continue my education because my parents are not financially buoyant.

“I got an offer to be a sales representative in Mali with a salary of N200,000 monthly. I jumped at the offer, because I saw it as a huge opportunity to say goodbye to poverty and make life better for myself and my mother.

“I stopped in Senior Secondary School 3,  before I took the decision to travel to Mali in quest for a greener pasture. “We left in January this year and came back on March 9. When we got to Mali, we realized that  the woman we were asked to work for, asked us to start  prostitution.

“We did not agree to go into prostitution because that was against the agreement that took us there. Although, there were lots of Nigerians  there who indulged in prostitution for a living.

“My friend and I planned to run away from the house. We met lots of Nigerians out there and we were lucky to see someone who took us in.

“The other woman told us that they will use our pants to perform rituals and that anywhere we escaped to, they will locate us. After much threats, luckily, we were able to escape back to Nigeria.

“We really appreciate men of the Amotekun Corps for making sure we got back to Nigeria safely. “To young ladies like me out there, let us be contented with whatever we have,” she advised

Also speaking to The Hope, the suspect who tricked the girls to Mali, narrated that he never knew anything of such could happen to the girls because they were like his younger sisters who are living across the street.

“My name is Olupona Matthew, I am from Owo in Ondo state, I am 27 years old and a barber.

“There was a woman I met in Lagos, I used to buy underwears from Lagos to sell in Owo, we lodged in same hotel, she told me that there was a job opportunity in Mali, that if I have younger sisters that can work in a hotel.

“She told me last year, I didn’t show any interest until in January this year, when she sent me a message  based on our last discussion which was about helping her to get girls to Mail for receptionist job in Hotel.

“Based on that, I told her that I have some ladies living in my street who are like my younger sisters. So, when I told them, they said they have interest. “What the woman told me was that they will be working in hotel and bar. And that was why I took them to Lagos.

” I did not do any findings because this is my first time.  I have never done it before. if I had known they were going for contrary mission, I wouldn’t have let them go because they are like my younger sisters and they respect me a lot. “It was when they got there that they told me what they saw, so I asked them to start coming back.

“I didn’t go with them, though I was the one that linked them up.  I don’t know if the woman has been arrested over there, I can’t find the woman again.”I introduced the two girls to the woman.

I was not given anything, those girls are my younger sisters in the street,” he explained. Ondo State Amotekun Commander, Akogun Adetunji Adeleye said his men got the information  of the trafficking and swung into action.

He said the girls were rescued and sent back to Nigeria to unite with their families. “Amotekun got involved when our intelligence gathered information that there is a man in Owo recruiting people for prostitution.

“We searched and got him, he said he was working for somebody. Before we could get the person, he had already traveled with the children. We got the parents of the children through the suspect and the parents said they did not release their daughters to him.

“So we brought the parents of the two girls and the man that took them away and demanded they must be brought back to Nigeria. We tracked the woman who took them to Mali and mounted pressure on her and she confessed to us, that the girls have escaped from her house.

“Based on intelligence gathering, we were able to locate the girls in Mali, sent money to the person they were staying with who thereafter, sent them back home,” he stated.

The Comptroller of the Nigerian Immigration service Ondo state Command  CIS Bosede Olufunmilayo confirmed last week   that two suspects of human trafficking were handed over to NAPTIP for further investigation and promised to follow up with the case to later. She also reiterated that Nigerian Immigration service will not relent until these unscrupulous elements are take away from our society.

This was made after the command apprehended and paraded two suspects of human trafficking in Akure to Baghdad.

The suspect Mr Julius Miller a 39- year-old from Owo  was apprehended in Akure when one Mr Gbenga Adegute brought a report to there office of being defrauded the sum of N78,000 to get him a Visa to Baghdad.

Out of curiosity being that Baghdad happens to be flash point officers and men of Anti-human trafficking unit of the command swung into action and invited the suspect. Upon interrogation boastfully said he has procured Visa for over 80 persons to Baghdad and Dubai over the last five years. Investigation further revealed that Miller Julius recruit  people to such countries.