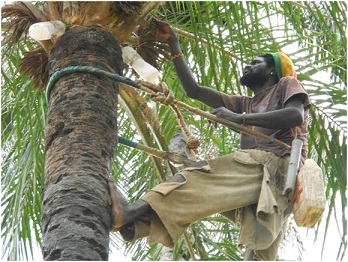 Onikerosine, a community in Ondo East Local Government was on Monday afternoon thrown into pandemonium, following the death of a 30-year-old palm wine tapper, who was shot dead by an hunter.

The Hope Metro reliably gathered that after work, the deceased was bathing in the river in the farm, when he was shot by the 56-year-old hunter, Sunday Olubusade.

Reports had it that the suspect  claimed to have seen an antelope, but not human being.

Details of the incident which claimed the life of the deceased still remained sketchy as of press time.

The suspect said, “I was hunting and I saw an antelope and shot at it. But later, I saw a man on the floor and I quickly went to the station to report. I don’t know what happened.

“Few minutes later, the remains of the deceased was taken to the morgue by the police,” he explained.

Meanwhile, the news of the death of the victims, have continued to elicit reactions in the town, as family and friends wore sad look while some were seen sitting in groups discussing the development.

Police officers have beefed up security in the town to forestall possible reprisal attack from some groups of people who are said to be planning to avenge the death of the victim.

A police source who confirmed the incident said investigation into the matter was ongoing.

“Immediately the police were alerted by the suspect, personnel were mobilised to the scene and the corpse was evacuated to the mortuary.

“The suspect has been transferred to State CID Akure for further investigations,” he added.