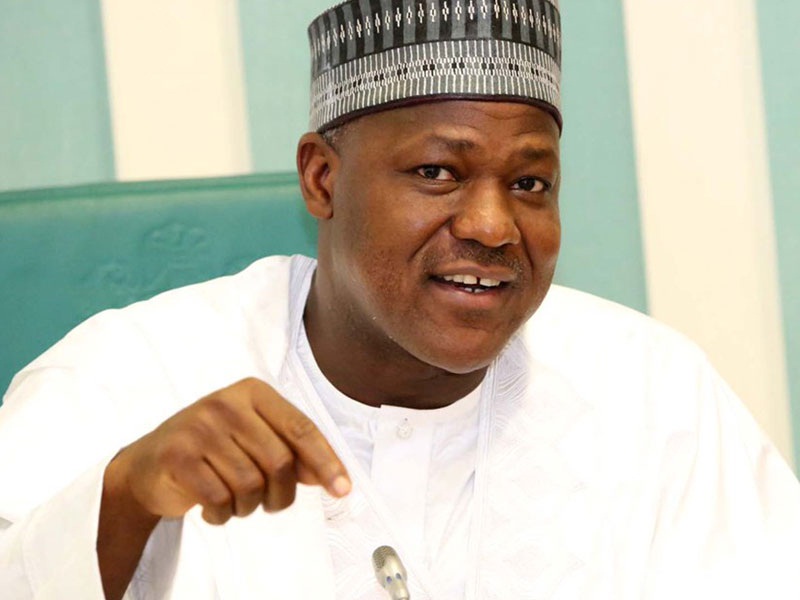 The immediate past Speaker of the House of Representatives, Yakubu Dogara, has dismissed as a distraction, reports of his presidential ambition in 2023, especially being the running mate to the national leader of the All Progressives Congress, Asiwaju Bola Tinubu.
Dogara’s media aide, Turaki Hassan, in a statement issued on Sunday, alleged that the reports were being sponsored by the Bauchi State Government.
The statement was titled ‘Rt. Hon. Dogara is Concerned about Tackling the Challenges of Our Nationhood Than 2023.’
It partly read, “It has come to our notice that stories and images are being circulated on social media to the effect that Yakubu Dogara, is running for the office of the Vice President of the Federal Republic of Nigeria, with the National Leader of the All Progressives Congress, APC, Sen. Bola Ahmed Tinubu, for President in 2023.
“Our initial decision was to ignore them since they are utterly baseless but it appears that the promoters of this fallacy are unrelenting in spreading the falsehood and have now succeeded in making it sound believable to the extent that even some conventional and ‘credible’ media platforms are beginning to take it up.
“In order to stop the further spread of this deliberate mischief, whose objective is yet to be ascertained, the public is hereby advised to disregard and totally discountenance the purported story and pictures for what they are – handiwork of mischief makers.
“These stories and pictures, we understand, are being sponsored by officials of the Bauchi State Government in their desperate bid to lend credence to the infantile delusions of their principal, captured in his ludicrous postulations that Rt. Hon. Dogara left the PDP just because he was ‘deceived’ by the APC with the promise of a position come 2023.”
Hassan recalled that the Governor of Bauchi State, Sen. Bala Mohammed, had allegedly publicly alluded to the claim and had “continued to push these narratives all in an effort to malign and disparage the person of Rt. Hon. Dogara and divert attention of the people from issues of poor governance in the state.”
The statement further read, “2023 is still years away and, therefore, it is unnecessary, distracting and insensitive to start making unfounded declarations at this time when all hands ought to be on deck in tackling the challenges of our nationhood.