‘I faked my kidnap to raise money to buy yam tubers’ 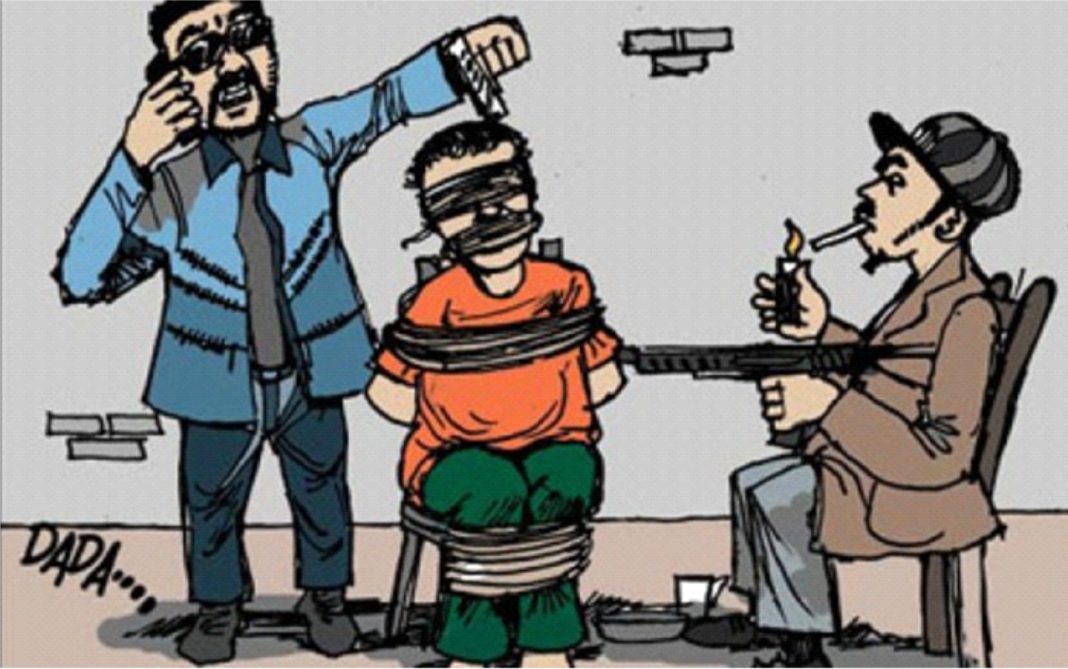 A 34-year-old farmer in Ikere-Ekiti, Ikere local government area of Ekiti State, Sunday Ameh, has narrated how he connived with two other colleagues and staged-managed his purported kidnapping in order to raise money and buy tubers of yam for his farm, during the ongoing planting season.

The suspect who resides in Ikere-Ekiti, hails from Kogi State in Olameboro local government area of the State was recently arrested by the Ekiti State Police Command, alongside two other accomplices; Sunday Abah and Adejoh Friday.

In his confessional statement before Journalists in Ado-Ekiti, the suspect who also works as a labourer on his neighbour’s farmlands in Asa farm settlement located along Ikere-Ise road in Ikere-Ekiti, said he has deployed all means to raise money from his master, Mr Taiwo Omoniyi to buy yam tubers to plant on his farm, but all entreaties made to his boss was ineffective.

According to him “I have been working as a labourer for long. But this year 2022, I wish to be on my own by next farming season. I have secured a large expanse of land where I can plant yam and cassava in the next planting season, so that I will stay alone on.my own.

“Aside from tubers of yam that I needed in large quantities, I must also look for money to buy some farm implements such as cultlasses, hoe and other crops which would also fetch me money and make my farming to be bumper during the harvest time, so that I would get money to do many things.

“This is the reason I invited some of my friends whom we are also from the same town when I could not get help to get started on my farm project.

“They lived in Ogbese, a farm settlement along Ikere-Ise road. I invited them to come and assist me to stage manage my kidnapping, so that I can get money to buy many things I needed for my farming operations.

“Though, before I thought of faking my kidnap, I had approached the Igala Traditional Union Society, of which I am a member, and requested if they can loan me money, but they did not agree to my request”. He stated

He explained further that when all his efforts proved abortive and he realized that there would be no means of raising the money he needed, that was why he schemed how to stage a fake kidnap to see if he could raise money from his boss.

Describing himself as victim of circumstances, the 34-year-old labourer said on fateful day, he left home at the early hours of the day and informed his master that he want to go and complete the weeding operation  in one of their Cocoa farms located along Igbara-Odo road in Ikere-Ekiti.

He explained further that few hours later, he joined other accomplices in a hideout in Ikere-Ekiti, where he put a call to his master and informed him that he was abducted by yet unidentified persons in the farm where he was working.

He explained further that few hours later the accomplices later put a call across to his master and later demanded for a huge amount of five million naira for him to regain his freedom.

The development which he said prompted his master to report the matter at the Ekiti State Police Command, Ado-Ekiti.

He said the three of them including himself were later arrested in a hideout in Odo-Oja, Ikere-Ekiti and were immediately transferred to the Police command headquarters, Ado-Ekiti.

Parading the suspects at the office of the Rapid Response Squad (RRS) attached to the Ekiti State Police Command, along Iyin-Ekiti road, Ado-Ekiti, the Police Public Relations Officer (PPRO) Mr Sunday Abutu, said on the fateful day, the command had received a complaint from one Omoniyi Taiwo resident of Kajola street, Ikere-Ekiti that one Ameh Sunday who was working in his site at Ikere-Ekiti was kidnapped by some hoodlums at gun point.

The complainant further narrated that the kidnappers were demanding for a huge ransom of five million naira for the victim to regain his freedom.

The Ekiti State Police Command image maker added that upon the receipt of the information, a team of the Rapid Response Squad (RRS) swung into action and arrested the purported victim in his hideout at Ikere-Ekiti.

He added that upon investigation, the arrested suspect confessed that himself in collaboration with one Sunday Abah, Adejoh Friday and Simeon Ojodomo conspired and staged his kidnapping.

Abutu further disclosed that concerted efforts of the operatives led to the arrest of the three suspects mentioned above and they have all confessed to the commission of the crime.

He noted that during investigation, the suspects who were indigenes of Kogi State conspired together to stage managed the purported kidnapping.

He disclosed that the suspects who are currently cooling their legs at the command headquarters along Iyin road Ado-Ekiti will soon be arraigned in the court for proper prosecution.