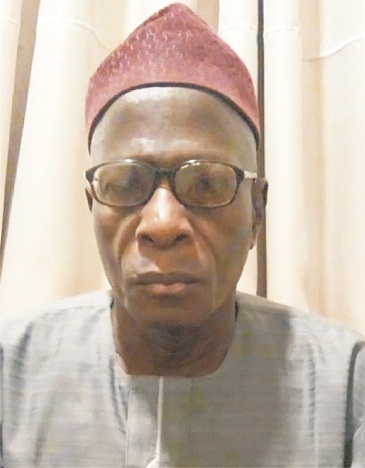 Mr Ade Ajayi is Ekiti State Publicity Secretary of  the All Progressives Congress (APC). In this interview, with the News Editor, SOLA ALATISE, he spoke on the preparation of his party towards  next year general elections and the chances of the party at the  tribunal.

Your party, APC is boasting of winning all elective positions come 2019. Is one party state good for a country like Nigeria?

Yes, APC may be boasting of winning all elective positions in 2019, this is because the party  under President Buhari has performed creditably well by laying a good foundation for a better Nigeria and corrupt free nation. Nigerians would not want PDP that ruled for  16 years without anything to show in terms of development other than corruption to come back to power again. Nigerians don’t want that anymore.

The misunderstanding between the National Chairman of APC, Adams Oshiomhole and some state chapters of your party, what are the implications for the forthcoming general elections?.

Leadership tussle between the National Chairman and some state chapters is normal in a democracy which I also see it as an internal family conflict that can be resolved with available internal resolution mechanism.

I am confident that the  recently setup Presidential Reconciliation Committee would resolve all the crises positively before 2019 general elections.

The immediate past Governor of Ekiti State, Ayodele Fayose is seen in some quarters as popular.

Fayose cajoled Ekiti people in the last four years, hence he was seen in some quarters as popular but go to  Ekiti now you will realise that his popularity has gone down considerably  with the emergence of Dr. Kayode Fayemi. There is hope that Ekiti State will rise again. Ekiti people expect good governance and rapid transformation and continuation of good work of his first term in office.

Is it true that APC couldn’t have won the Ekiti Governorship election if not for the deployment Federal might?

No, it was not true that APC won in Ekiti with the assistance of the Federal Government. APC was fully on ground in the  State coupled with the performance of Dr. John Kayode Fayemi during his first term in office.

There is no community in Ekiti where his administration impact was not felt. All these contributed to APC’ s victory.

As APC chieftain, what are the  programmes of your party for the people of Ekiti State and evidence that Governor Kayode Fayemi will implement them?

APC government under the leadership of Dr. Kayode Fayemi has put up a-four-pillar agenda for the rebirth of Ekiti in the next four years.

Dr. Kayode Fayemi swung into action within two weeks of his assumption of duty by setting up visitation panels for all the tertiary institutions in the state to revitalise education as contained in the four pillar agenda.

Similarly, between  November 12 and 16, his government  interfaced with Ekiti people in the 16 local government areas on the implementation of the agenda. This is a clear demonstration of his readiness to implement all these programmes.

In your own opinion, has APC led federal government fulfilled  its electioneering campaign promises to Nigerians?

Yes, APC at the Federal  level under President Buhari has worked hard to fulfil all the promises made in 2015 even though the road has been rough in the last three and a half years, President  Buhari has been able to lay a good foundation for a better, strong, stable and a corruption free Nigeria.

Some people alleged that it was your party, APC that worked for the movement of the tribunal sitting to Abuja for easy manipulation?

The allegation that our party worked for the movement of the tribunal to Abuja for easy manipulation is a mere propaganda. When the petitioners; Olusola Kolapo and the PDP noticed that they have a bad case,  don’t forget that there was insecurity in Ekiti State in the last four years of Fayose led administration. The political thugs brought to Ekiti State by Ayo Fayose were still on ground to disrupt the activities of the tribunal in Ekiti, hence the decision to move the tribunal  sitting to a neutral venue was taken by the lawyers of both the petitioners and the respondents.

What has been the experience   since the beginning of the election tribunal?

The experience has been so exciting having realised that the petitioner; People’s Democratic Party (PDP) went to the  tribunal to expose their defeat in the July 14 governorship election with lies.

Although the case is on going, first respondent; INEC has closed its case since last week and it’s the turn of the second respondent, APC which has been on for days now.

We thank God that all APC witnesses were articulated and well composed in their testimonies and evidence which brought out facts. If you’re at the tribunal, you will see what I am saying.

In the light of these developments, I foresee victory for our great party APC at the close of the  tribunal’s assignment.