I got N80,000 after first operation, 35-yr-old kidnapper confesses 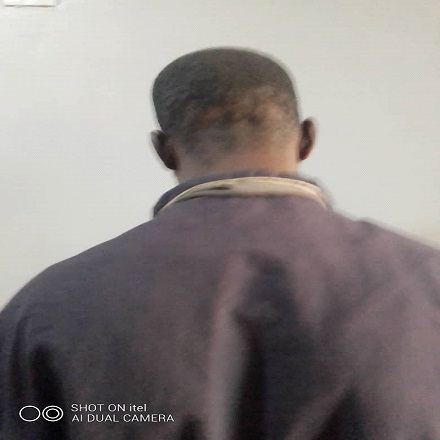 A 35-year-old suspected kidnapper, in Ore, Odigbo Local government area of Ondo state, Joseph Audu has narrated how he was lured into kidnapping.

Audi was arrested by Orita Community vigilantes in Ore and  transferred to the Special Weapon and Tactics (SWAT), Ondo Police Command.

The security operatives are still on the trail of other four members of his gang.

Speaking with The Hope, the suspects said he was arrested in the course of their second operation after he was  givenN80,000 as his  share in their first operation.

Audu from Kogi State and a tricycle commercial operator said he was lured into the business by a friend simply identified as Ayo after much pressure and threat.

He said  “one day, a man popularly known as Ayo met me at my place of work and told me that he wanted to see me. I said he should let us talk, in the presence of those around but he rejected, saying he wanted it to be private.

“I called his number when I got home, he came to me in my house and told me that there was a business he wanted to introduce to me. I asked him what type of business and he replied me, saying “God has blessed me with a vehicle, because I had bought a car at that time but I was using tricycle for business.

“He explained that the business involves Kidnapping for ransom. I was shocked because I have never done such in my life.

” I scolded him, that he was given a tricycle recently, but handled it carelessly and dropped it for the owner and queried why he was dragging himself into such deadly business.

He tried to convince me that there are lots of money involved in it. This was around September to October last year 2021, I didn’t agree to do the business with him.

So, they started persuading me till December that same year. I was in my house when he visited me with some of his guys, they were four in number.

He threatened that he would implicate me if anything goes wrong with any of their operations since I’m already aware of the business.

His threat got me worried to the extent, that even at times, I won’t sleep and my wife noticed that and asked me what happened but I couldn’t tell her what I was battling with.

So, in the end, the guys succeeded in luring me into joining them. We went to carry out one operation that time, this same Ayo was the one that collected the money, the following day, he said that the man brought N400,000 and he gave me N80,000 out of the proceeds of the first operation.

They have been on my neck since that time but I never agreed. Early this month again, it was on Sunday, but I can’t recollect the date, they still came to me in Odigbo that they were going out for the business, but I told them my car wasn’t working, they actually came to me because I have a car.

When they came to me, they said they wanted to use my car .  I asked them to where, they said Orita in Odigbo, so I followed them with my car.

I asked them how we were going, Ayo said that he has two double barrel guns which they were using for the operation.

“It was when I was about leaving, that some vigilante members accosted me and asked me what I was doing there because according to them, my face isn’t familiar and I told the vigilantes exactly what happened and that we kidnapped someone and brought him to that place.

“They arrested me and took me to the nearest police station,”, he narrated.