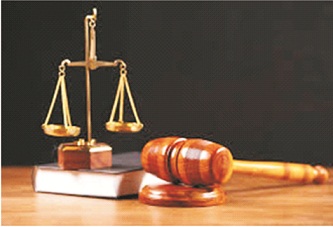 By Victor Akinkuolie
|
A former member of the National Assembly, Senator Ayo Arise, has volunteered himself to stand as defense witness in the petition filed by the candidate of the People’s Democratic Party (PDP) during the just concluded presidential election, Alhaji Atiku Abubakar challenging the re election of President Muhammadu Buhari .

Speaking with our correspondent in Ado-Ekiti at the weekend, Arise, a chieftain of the All Progressive Congress (APC) also dismissed Atiku’s claim that he actually won the  March 23 Presidential Election based on the certain fact he (Atiku) obtained from the server of the Independent National Electoral Commission, (INEC).

The former lawmaker who represented Ekiti North Senatorial District between 2007-2011, described Atiku’s claim as not only bogus but also not verifiable, and specifically, said “It is a plot to confuse the judiciary  in particular and Nigerians at large .“

The former federal lawmaker however counselled the ruling APC to handle the matter with tact by adopting a scientific approach in puncturing the claim .

He explained that this can only be achieved if the APC sought the services of credible Information and Communications Technology ,(ICT)’s experts as defence witnesses .

According to him, “Politicians are incurable optimists. And every politician who stands for election believes he or she would win ,not minding the realities on the ground. For me,I think the first thing is that the public needs to know is how the INEC operates.

” Mostly importantly the chains of collation of the results from the Units through the wards ,Local Governments ,States and to the headquarters. Atiku is telling us that there is another method employed by INEC which violates the norm we are used to .”

“Or, maybe there is somebody somewhere who is concocting another figures for Atiku. The PDP flagbearer should also tell us how he got his information. Whether he officially applies for it through the instrumentality of the Free of Information Act (FOI)  I think the man must have been ripped off or scammed ” Arise alleged .

“For now,it is illegal for anyone to transmit the results of the elections from the units directly to the centre .Although ,we are progressing gradually ,maybe that would happen in the future elections “

“Again , INEC ,APC and the President must look for people with sound knowledge in ICT to tell the world what is possible and what is not .And I am ready to offer myself for free service ,as a defense witness against Atiku at the tribunal ,if  the party consults me,” he promised.

Offering suggestions on how APC leadership could manage the raging leadership tussles in the Green and Red chambers ,Arise admonished the party leadership to adopt a win  approach.

He outlined some measures that could help the APC out of the quagmire.

One of such measures ,according to him is open voting system where members would mention their names ,party and the candidate of their choice in the full glare of the camera .

“Yes, it s true that every member of the National Assembly is a potential leader ,but we also have the house rules and guidelines which confer privileges to some members based on seniority .The APC leadership must,therefore  ensure balancing in sharing key positions .And it must engage members within its folds regularly .Above all,the issue party discipline and supremacy must not be jettisoned or compromised .”

The former senator also hinted that part of the measures would be that any contender who will be stepping down for another based on party arrangement and persuasion, could be given Committee of his or her choice .

Recalled that the presidency,few days ago raised an alarm of an alleged plot by Atiku to cause confusion with the aim of detailing Nigeria’s Democracy .

The presidency alleged ,among others things that the PDP standard bearer was of printing fresh campaign posters and enlisting certain foreign supports to halt the May 29 inauguration of President Buhari for the second term tenure .