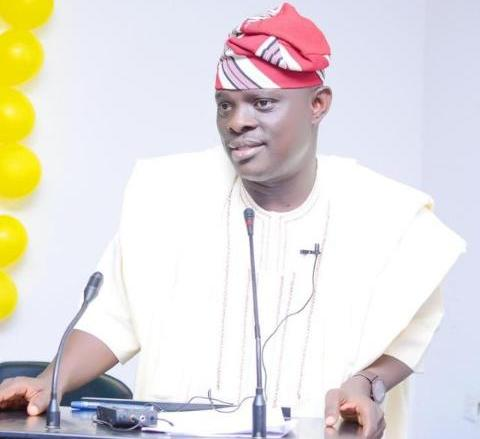 He said he will not tolerate any indolent officer, saying anybody who is not ready to be diligent at his duty should  resign.

He made this known at a briefing to officially welcome him to the INEC, office in Osogbo.

Agboke said “working with me requires being smart, agile and ready to work at all time, there’s no room for indiscipline or dullness. Electoral officers who have traveled abroad or are absent from work, will have to resign, so we can give the job to those who are willing to do it right and diligently”.

“People enjoy good salary but are not responsible at their various desks, so for us in INEC, we are known for serious business ,you must be very responsible”

He implored staff to ensure to step up their consciousness for being responsible, he said “being responsible is very important because we are moving towards the 2023 elections, if you’re lackadaisical now ,what attitude are you going to carry into the election period”.

Speaking with the newsmen, the new commissioner said in preparation of the forthcoming elections, capacity building trainings will be organised so as to sensitize them on regulations contained in the books for them to know what to do and what not to do.

“INEC is a very special organisation, because of the nature of the job that we do, our staff cannot afford to not be up and doing ,we expect them to do more and we hope that before the general elections they will be better”, he concluded.

The INEC administrative secretary, Alani Salam officially welcomed the new REC to the office, listing their past activities, present ones, and other activities for the future put together to sensitize the residents, to have a free, fair and credible elections in 2023.

Salam implored the staff of the office to be diligent in their works and be enthusiastic, in order to have a conducive environment for the new commissioner and themselves.