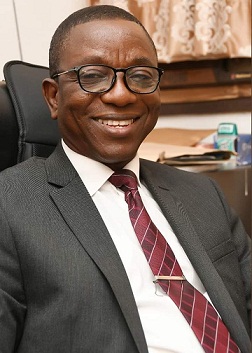 The Ondo State Head of Service, Mr Dare Aragbaiye has reiterated his commitment to reposition the state civil service and restore its core values with a view to raising the standard and productivity of civil servants in the state.

Mr Aragbaiye stated this while playing host to members of the state chapter of the Chartered Institute of Personnel Management of Nigeria (CIPM), who paid him  a courtesy visit in his office in Akure.

He said he would not leave any stone unturned to enhance the efficiency of the civil service for prompt and proper implementation of government policies and programmes.

The HOS called on all associations, unions, organizations and stakeholders within and outside the state civil service to support him in reorganizing the civil service for optimum service delivery.

“The present administration relies on the civil service to attract the confidence of the general public, therefore, it should be reformed to enhance better relationship between the government and its people,” he said.

Earlier in his speech, the Chairman of the Institute, Mr Igbekele Jatuwase, who congratulated Mr Aragbaiye on his appointment, said it was in recognition of his exemplary qualities which among others include reliability, efficiency, competence and dedication to duty.

Mr Jatuwase appreciated the state Governor, Arakunrin Oluwarotimi Akeredolu for appointing four of their members as Permanent Secretaries in the state civil service, pledging that the institute would continue to support the present administration to achieve its laudable programmes.

He noted that the stance of the HOS to frown at lateness of Civil Servants to office is one of the core values of the civil service which states that “service delivery must be done promptly.”

The Head of Service was decorated as patron of the state branch of CIPM.