I ‘ll sue those who forged my signature- Feyide 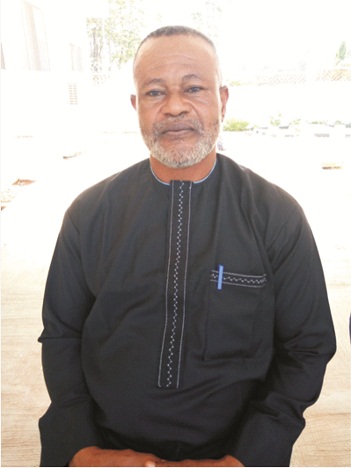 Mr Oluyede Feyide Olusola is a lawmaker representing Ose State Constituency in the Ondo State House of Assembly. In this interview with ADEKOLA AFOLABI, he gave an insight into how his signature was forged by some lawmakers who purportedly impeached the leaders of the Assembly, and steps being taken to ensure those who forged his signature are made to face the full weight of the law.

You have repeatedly claimed that your signature was forged to carry out the purported impeachment of the speaker and the deputy speaker of the Assembly last Friday, how was it forged?

Thank you. I don’t know what I can call it, may be I should call it forgery or perjury. But whichever one you call it, what I know is that I didn’t sign the impeachment notice. This,  I have said several times even on the floor of the House of Assembly. After going through the newspaper where they published the names and signatures of those who signed the impeachment notice, I discovered that it was the document we used to impeach  Mr. Iroju Ogundeji, that is, the Deputy Speaker, some months back because I participated in that.

That was the document they used after doctoring it. The document was meant for another purpose, not for this purpose. When you look at the last paragraph of The Nation newspaper they used to publish it, it was boldly written there that it was for Mr. Iroju, whereas it was not only Mr. Iroju that was purportedly removed  Friday last week. But when you look at the first paragraph of the publication, they included Mr. Oleyelogun and  Mr.  Iroju. That shows they doctored the document. I didn’t sign it and I will never sign it and I will never be part of it.

You see, there are rules and laws that govern us in the House of Assembly and we must all follow it while carrying out our activities. Before the speaker and his deputy can be impeached, two-third majority of members must sign the impeachment notice, and in this case they did not have the two-third majority to do that. So, you don’t go against the laid down rules and if you go against it you will face the law.

Where were you on the said Friday?

I was at Ifon, my hometown. We had an event that Friday, Ifon Day celebration. It was a 3-day event (Thursday, Friday and Saturday). On that Friday I was at Ifon, we were supposed to open an event centre, a recreation club there. It was right there I received a call that something was happening at the Assembly and that I needed to come down. When I got the information about what was happening, I went straight to my Kabiyesi, the Olufon of Ifon, Oba Israel Adegoke that something was happening in my office in Akure and I needed to be there. I briefed him that some members were planning to remove the  speaker and the deputy speaker and that the session was so rowdy. The Kabiyesi said I should go. So I had to rush down to Akure. On getting to Akure I discovered that the whole environment was tensed and the security agents were everywhere. I couldn’t enter but when I called the speaker he told me he was at his lodge, so I went straight to him. It was when I got to him that he briefed me about the whole story. I was not aware and I didn’t participate in the process at all. You know, if there is going to be an impeachment there will be series of meetings. Was I called for any meeting prior to the purported impeachment? No, I was never called for any meeting; how could they have forged my signature? When we get to the court of law we will address that.

Are you threatening court action?

Yes, but it is not  just a threat, it is a reality. I will sue them for forgery. I have informed my lawyer to take necessary legal actions against whoever participated in the forgery. I maintain my stand that I did not know anything about the purported impeachment. If I had participated in the previous impeachment does it mean I must participate in this one too? Why must you go and forge my signature?

Are you confirming that you truly participated in the previous impeachment of the deputy speaker, Iroju Ogundeji?

Yes, I participated actively and I cannot deny it. I can never deny that. I’m not a baby now if I do anything I stand by it,  I will never deny it. And I want to repeat and confirm that the document we used then to impeach Iroju is the same document they forged now.

Even if there are issues, do you see impeachment of leaders of the House as the best way to resolve it?

No. Mind you nothing has happened in the House that would warrant this purported impeachment. There was nothing to justify it; the House was peaceful and calm. There was no basis for impeachment. They claimed that somebody embezzled money,  where is the money to embezzle? They are just using that to deceive the public. No money was missing.

What do you think was the genesis of the leadership crisis?

The truth of it is that those who lost the party’s return tickets are the ones causing the crisis. They are aggrieved and want to start with the leadership of the Assembly first. But their target is Mr Governor, that is the bitter truth, but they will tell you they are not fighting Mr Governor; it is a lie. But they know that no impeachment has taken place,  the purported impeachment cannot stand because they did not have the two-third majority as stipulated by law. Two-third majority of 26 members is 18 and they did not have the number and therefore they cannot carry out any impeachment on the floor of the House.

Ondo schools in battle of superiority