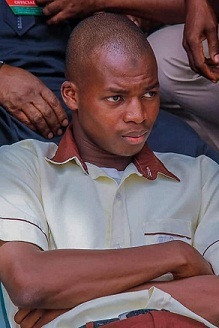 Akintade Abdullahi, a 17- year-old student of Osogbo High School, who emerged as the overall best Young Nigerian Scientist of the Year, bagged a Presidential scholarship to PhD level, having won the first position in the National Examination of the 774 Young Nigerian Scientists Presidential Award, organised by the Federal Ministry of Science and Technology. In this interview with FISAYO  AKINDURO, he explained how he clinched the award.

Can you tell us your educational background?

I cannot really recall the school I had my kindergarten and nursery education, but for my primary, I attended Kings and Queen from primary one till two. Then I proceeded to Rock Eternal Model School and then moved to Islamic Model Nursery and Primary School to complete my primary education. I later went to MOLEC School in Osogbo for my Junior Secondary school. After that, I was enrolled in Osogbo High School in 2017, for Senior Secondary School.

How will you compare your previous schools with Osogbo High School?

Looking at the government schools in the state, you will see the facilities provided. They have nice structures and the teachers here are very qualified. They are doing more to ensure the students get the best of education.

The science laboratory here is well equipped and has helped me to be  what I am today. The school standard here is the best. Without being boastful, you can hardly find such anywhere in the country. It is not only about the structures, probe deeper and you will discover we have better teachers  than most other  places in the country.

Another thing I like about the school here is the duration which is more than other schools. For instance, in private schools, classes resume by say 8:30 am and close by 3 pm, while in our school, we start by 7 am and close by 3 pm with an hour devoted for us to read.

With this, Osogbo Government High School students will be better, because of the reading culture the management are trying to instil in students. Also, with the extended time, it will give the teachers more time to impact on their students. I will say the school is better than some private schools here.

It depends on the day, for example, on Saturdays, if I don’t have anything to do, I can study from morning till night.

Do you have friends?

I do, but they are limited.

How many times do you eat in a day?

It depends on my mood, but I eat three times a day and my favourite food is jollof rice.

What will you say brought about your success?

At first, I did not like the idea of attending a public school, but due to my parents’ financial setback, I was left with no choice. Since then, I made up my mind that though I may not be able to attend a private school, it will be said in the country that a public school student emerged as best in the competition and examinations I will be sitting for. This gave me the needed determination and motivation to read every time.

What do you hope to study in the future?

I hope to study Medicine and Surgery and also Mechanical Engineering. This is because I have discovered I have the abilities to manipulate gadgets that use electricity. So also I have it in mind that I want to improve on the Medicine and Surgery field. I have read and heard  that it is impossible to carry out surgery on the human spinal cord, I intend to break that record by being the first to carry out such operations, if not in the world, then in the country.

Which school do you wish to attend?

How do you manage peer pressure and socio-economic problem in the country?

When I was in primary school, I was instilled morally about peer pressure. So I have been educated more on that. I always take measures of the peers and friends I move with. Before I make friends, I’ll like to know their attitude.

So, I was very observant and even till secondary school, If any of my friends behave abnormally, I abstain from such a person.

For the financial aspect, when you have motives, determination, you will be able to overcome. Poverty is not a thing to override someone’s progress.

How did you feel when you were honoured by President  Muhammadu Buhari?

I was very happy to the extent that I couldn’t explain to those people over there. Shaking hands with the President is actually a good thing to experience because  for  a public school student to emerge as the overall winner in a competition is something very tangible. So, I am very happy.

At the first stage of the competition, looking at those you were competing with, how did you feel initially?

Initially, when I saw  them, I was afraid because I thought those people were also good in their schools and I never knew their academic capabilities. I was afraid until I won. It  makes me to read more because I felt I didn’t know anything. You have to read so as to know more. When I won, I knew that yes, I must be one of the best.

Did you at any stage have it in mind that you would  win?

Sincerely, what I had in mind was either the second or third position. I never knew I would be the first, because I I have met some of those people I met during the competition in some other competitions.

Mathematics is a no-go area for many students. What inspired your flair for Mathematics?

What happened is that at my tender age, I had lessons which I was going for. (I was enrolled in extra lessons for Mathematics). Then, they developed me more in Mathematics. That was the bedrock of my love for Maths. At that age, I knew Maths, and I developed an interest. So, going through the primary, secondary and till now, Maths is the easiest subject for me. Since Mathematics is the bedrock of other science subjects, I also developed an interest in other subjects. After Maths is Biology, then Physics and Chemistry.

Can you say that the quality of your teachers has impacted you? Or is it just a function of personal development?

My teachers have impacted me greatly. When I was in SS 1, there was a time I had some challenges. I met with them, and they taught me very well. After teaching me, I’ll still go back home, check some questions on it. They really helped me a lot. I must say that the teachers contributed greatly to my success. They are a significant factor to my success.

What do you intend to do with this feat and fame?

I intend to become a Medical doctor. I’ll like to render services to many people, both the rich and the poor generally. If I’m able to help those people, it will give everyone equality and  fairness.

Have you won in any of the competitions you have participated in?

What did President Buhari tell you?

He told me to keep it up. And he also prayed. He prayed for me personally, because I was close to him. As I shook hands with him and from my interaction with him, I can say Buhari is a man of his words.  Let me simply say, he’s a good man.

How do you relate your parents’ profession to your performance?

My father is a retired teacher, while my mother is still teaching. They always relate the behaviour of the students in their schools. So, they teach me, they let me know all of the things going on in their schools for me to learn. (The good, the bad and the ugly in school and  I decided to pick the good.)

Since you returned from Abuja, how have your friends been interacting with you?

I will say that their interaction with me has really improved. I also encouraged them to improve their academic performance.

How many competitions have you participated in?

About  seven or eight. My first was organized by John McKay, the  second  one was  organized by the Federal Ministry of Education, where states in the Southwest competed. I emerged the winner of the competition. I also participated in Spark Competition, I was eliminated at the second stage. I also competed in the NNPC competition where I came fifth and the last is this one.

Your words to your parents and teachers

I will like to appreciate my parents, teachers and principal for their support. I will not leave out the state government, the Governor, Commissioner, SA on Education and other Ministry officers in the education ministry of Osun State.