Home General Interview ‘I was Ifa trainee before I became actor’ 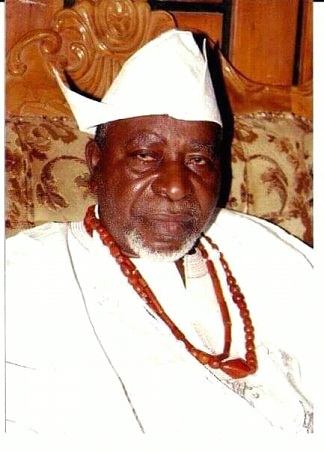 Veteran Yoruba actor and filmmaker, Chief Jimoh Aliu, a.k.a Oba Asa, then celebrated 63 years on stage. The actor, who still feature prominently in Yoruba films had stated the need for young actors and actresses to produce good films in order to promote Yoruba culture. He spoke with BAMIDELE KOLAWOLE.
Excerpts:

You began acting as far back as 1955 when the profession was yet to be accorded its recognition. Were your parents in support of your decision to become an actor?
Yes, It was because there was not much money for them to sponsor me to school.

Why did you choose acting as a career?
My father was an herbalist, and I used to follow him everywhere he went. When we went to Lagos in 1940, I decided not to go back home (Ado Ekiti). I established myself in Lagos.
I worked as a load carrier (Alaaru) in Lagos. I later learnt driving and worked as driver for some years. After that, I trained to be a bricklayer, my trainer was one Bashiru. After my training, I became a full time bricklayer.
I like to watch cinemas, and whenever I was watching Indian films, I thought they were from heaven, and I told myself that one day I will be acting like them. I fell in love with them.
Bashiru was a patron of a theatre group headed by a man named Ogungbe. When I saw Ogungbe, I requested to join the group and I was accepted with Bashiru’s assistance. That was when I came fully into acting.
I was the one who brought Ogungbe to Ekiti. Before, he used to operate only in Lagos. I asked him to take us to Ekiti, because they were celebrating yam and maize festivals there. And we performed in secondary schools. We did our best, all the teachers loved our presentations. That was how we gained ground before I formed my own group.

Do you have any other job apart from acting?
Yes. Before I formed my own group, I joined the Nigerian Army. We acted at barracks where ever I was posted throughout the country.
I left the army when they stopped giving soldiers free food to face my acting career.
When I got home, I bought all that I needed to establish my theatre group, such as vehicle, speakers and costumes. I began with a lot of enthusiasm and I got many invitations to perform. That was how my name became an household name.

If you were not acting, what would you have been doing?
I would be an herbalist. That was what my father was doing when he was alive.
There is African power, its because we did not improve on our culture, and some of our fathers have taken away some of the powers. Some of our children nowadays do not bother to make any research in all those powers again.
I learnt a lot from my father. When I started my acting career, I started with all those things I learnt from him like fire eating, pounding mortar on the chest, dancing on the broken bottles, and we enjoyed doing that .
We have some powers that prevent any thing penetrating into the body (ajesara) and (ayeta).I used all those things in my films.

What are some of the challenges you encountered on your way to the top?
Whenever you want to do something in life, don’t think about money, say to yourself that you want to make name.
No matter the challenges, don’t go back, because you cannot receive good things throughout and not receive the bad also.

How can you compare the film industry then with now?
When we were acting in the olden days, we sat down and thought very hard to write a story, but now most of the films they produce are- different from that. Filmmakers would turn American and Indian films into Yoruba, because they have no time to write their stories by themselves.
Some people would say they don’t like incantation films, that they prefer modern film, and they expose their bodies, having sex and kissing themselves in the films. That is not our culture and tradition. The modern films are corrupting our children.The white people have their our own culture, they can do anything in their country, it is their culture, not ours.

How old are you now?
I’m now 84 years old. I can still read without using glasses. I can climb stories buildings and mountains without struggling .
When I was young, I had trekked about 30 to 50 kilometers.

Can you mention your achievements?
I thank God for the opportunities given to me, I have received more than 200 awards here and abroad. I have visited all the parts of the continent.

A part from your awards, what other things can you point at as your achievements?
I wrote a book that they are using in secondary schools, (Ewa), I built two houses one in Lagos and Ado, I have a street named after me.
Federal Government honored me with Member of Federal Republic of Nigeria(MFR), and Oba Asa of Yoruba Land.
I have produced so many television series like Arelu, Yanpanyanri, Igbo Olodumare, Oko Aro and so on.
My father died at the age of 130, he did not buy land nor build a house. I produced one film titled Korimale in Ademula Forest, where I said “my father is poor, my mother is poor, and myself is poor, that God should erase poverty in my family, let this poverty end in my generation (ise) and God heard my prayer.
I don’t have money, I like it that way, but the respect I receive from people is enough for me.
You may be living with wealthy man and be crying for food, but you may be far from somebody that does not have anything and he will be giving you what to eat for the rest of your life.

What did you inherit from your father?
I told you that my father was a herbalist, what I gained from him was prayer.
My father called me and warned me not to steal, kill, have many wives and not to snatch another man’s wife. After that, he said I should kneel down, and he put his mouth on my head, he spoke to it . I didn’t hear what he was saying. After his prayer, two of my locked hair (Dada) stood up.
When I was growing up, I discovered that the hair was too powerful, I decided to cut the hair. Before they could cut the hair, we offered some sacrifices.
That is the reason why no man can curse me and it will affect me. And if you offend me, there is no how you will not have problems.
There is nowhere in this world that I have not gone to, to seek for power and protection, I have Prophets, Alfas, and herbalists. I move closer to them, but I don’t do evil.

Do you have any of your children showing interest in drama?
Not really, but one of my sons that lives in London, is into hip hop music.

How many films do you have now?
I can’t remember all, but Yapanyanri, Arelu, Igbo Olodumare Afopina and Etekete has 13 episodes.

Your advice for the theater practitioners?
What I will tell them is to be in unity and produce films that will promote our culture and tradition.

How do you want to be remembered?
With all what I have done so far.
I have been attending London carnival since 1990 and some of my children are overseas.

Your unforgettable memory?
The day I lost two of my children in few days interval and my senior wife just died two months ago, I can never forget it in my life.

Among your films which one do you like most and which one shot you to limelight?
I like every film that I produced.
I give glory to Almighty God; Arelu and Igbo Olodumare, promoted me.
I have good relationship with most kings in Yoruba land. That is why they can honor me with Oba Asa and some other chieftaincy titles in Yoruba land.
I love something in me, I don’t covet people’s success to pray, I do pray to God to make me what he plans for me.
I look at people that are in higher places, that they don’t want to leave their positions, and some people are there suffering and dying of hunger.
Some of our leaders don’t not have the fear of God in their hearts, because of their inspirations, some are doing terrible things to attain such position.

Your advice to everyone generally?
I want to appeal to Governors and politicians to treat all paramount rulers with care. The way they treat our royal fathers in Yoruba land is uncalled for and they should move closer to God, not position. We did not bring anything to this world and we will not take anything along when we are going. It is all vanity upon vanity, all is vanity.