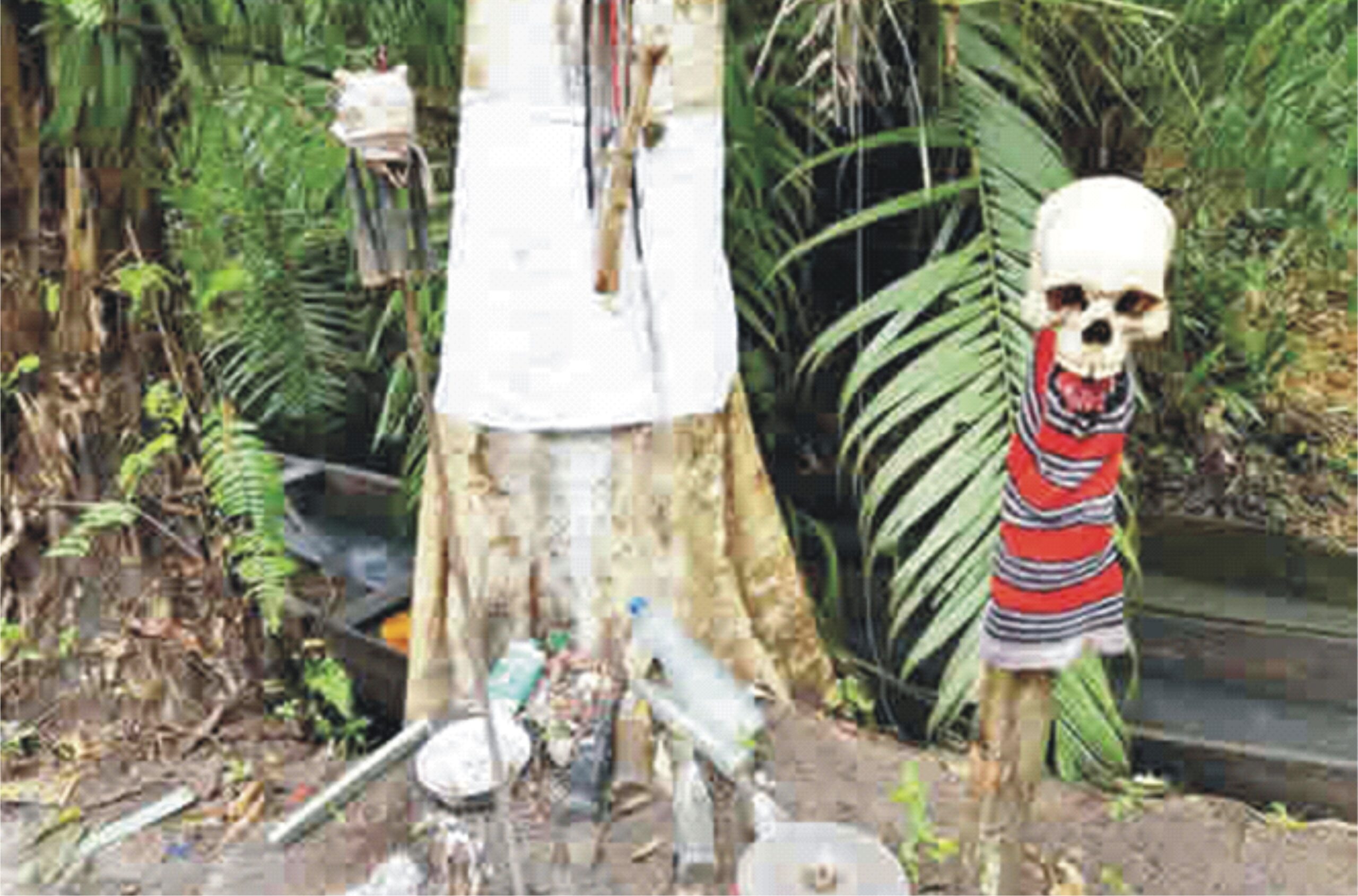 Nigeria is a country that is blessed with people with diverse socio-cultural backgrounds. It can also boasts of numerous religious beliefs such as Christianity, Islam and several others that are African in origin, and have numerous local deities such as Ogun, Osun, Obatala, Sango, Amadioha and others as objects of worship. Such indigenous deities are classified as African Traditional Religion (ATR).
Unfortunately, since Nigeria gained independence in 1960, she has witnessed several upheavals, that centred around religion. Such religious crises have led to an avoidable loss of lives and property.
Religious clerics agree that every religion preaches peace, but it has not always been possible for people of divergent religious backgrounds to live in peace with one another.
Interestingly, the Hope Newspaper met and interacted with the matriarch of a family that does not only preach peace and religious tolerance but practises it.
In Ijare, a prominent community in Ifedore Local Government Area of Ondo State, lives a family has that a traditionalist as matriarch, a Muslim cleric as patriarch and the children practising all the three major religions.
Chief Mrs. Aina Lungo Sajo is 87-year-old traditionalist. In her words, “My father’s name is Taiyese while my mother’s name is Ojedede. My maternal grandfather was Olotin while my paternal grandfather was Sapetu. I was born and bred in Ijare.”
When asked about her religion, Chief Mrs. Sajo said she worships Olofin.
According to her, “Olofin has prospered me. Olofin delivers its children from troubles, whether they are on a journey or they are in a place where things are about to get out of hands”.
Concerning her home, the octogenarian said her husband who is now late was the Chief Imam of Ijare during his life time. When asked how she coped with a husband from another faith, the mother of eleven children replied “We understood each other very well. There was religious tolerance in the home. Whenever he was marking his Muslim festivals, I joined him. Whenever I was observing my traditional religious festivals, he also joined me. I also pray and I used to follow him to the eid prayer ground”.
Ordinarily, one would have expected the children to be at loss about what religion to practise, since the home had a Muslim (Chief Imam of the land for that matter) father and a mother who practices traditional religion, but that is not the case with this unique family from Ijare.
Chief Mrs. Sajo, who is the head of Onimole in the land, has this to say, “I have children from the three prominent religions. They all practise the faith of their choice and they do everything together”.
The notable traditionalist has twelve copies of the Bible in her house. According to one of her children, Dr. Laisi Raji, she goes to various churches around from time to time to pray for them. It was from those churches that she was given the twelve copies of the Bible and about three bells in her house. According to Dr. Laisi, a native doctor, that does not disturb her Imole worship.
Dr. Laisi, who bagged an Ordinary National Diploma in Accountancy from the Federal Polytechnic, Auchi, Edo State in 1982, said his mother knows the Bible and quotes it very well.
The trado-medical practitioner who took our correspondent round to see his patients said, “My father and grand-father were Muslims and farmers. My maternal ancestors (which include Mama Sajo) were traditionalists. But each of us chose our own religion. I acquired Islamic education in Ilorin in 1966. I have three siblings who are prophets. We don’t fight one another, instead we live in peace. I have a daughter who married a Muslim and the wedding took place in a mosque. Another one is about to marry in a church.”
The Auchi Polytechnic trained accounting graduate attributed his success in herbal medical practice to the fact that he acquired Western education.
He however lamented that his mother began to withdraw when the younger people no longer wanted to listen to her. According to him, “Failure of the younger ones to listen to elders has turned many things upside down.”