If your husband takes second wife 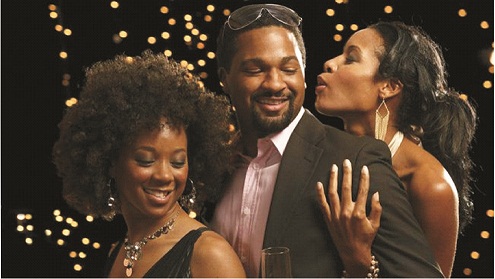 By Josephine Oguntoyinbo
|
Polygamy is still practised in many societies around the world, but how does one feel to share a husband with another woman?

A Yoruba saying states that no woman is comfortable sharing her husband with another woman, however there are still tribal communities where polygamy is not only practised, but strongly encouraged.

To this end, The Hope examines the views of married women and a marriage counselor on the best way to cope when a man marries a second wife.

A food vendor, Mrs Banke Anifowose, who said she can never get used to such an arrangement noted that she hates the idea of his man sleeping with another woman.

“I cannot picture my husband being intimate with someone else, no way”.

Mrs Bola Ajibola’s conclusion is to file a suit for divorce if her husband marries a second wife. The civil servant posited that it would break her heart, but filing for divorce would be the only option.”I pray that such ugly incidence never happens to me”.

But a trader, Mrs Sikirat Ajibare said if she weren’t a Muslim, she would still not be bothered if her husband marries a second wife. To her, she lives for her children and feels blessed to have them.

“I have settled the issue of another wife long before marriage, what of a situation where a man marries only one wife, but several concubines secretly without his spouse or family’s knowledge. That act is common nowadays and it is more dangerous than polygamy”, she stated.

Corroborating Mrs Ajibare’s word is an accountant, Taiwo Olafare, who opined that if a man marries a second wife and he is able to treat both wives equally and fairly, he is free to do so, but if such a man is unable to meet their needs both sexually, financially, and materially, he should not try it, if he wants to live long.

But a public servant, Mrs Sade Olaposi, who frowned at such an idea stated that she cannot stay together with them. “Maybe he will have to rent her own apartment for her. Biblically, it is not advisable, even if I offended him, can’t we settle amicably? it is going to hurt me, infact, I cannot take it. I will completely leave all responsibilities to him, that means he is capable of taking care of the home alone, I will no longer support him financially”, she concluded.

According to a mother of four, Dr Mrs Seun Babalola, if her husband marries a second wife, she will neglect him and concentrate on her children.”What more can I ask for? I have grown up children and I want to eat the fruit of my labour. I would consider his action as betrayal, that means he sold the love I have for him, i pray it never happens.

An hairdresser, Mrs Roseline Adewale said she would always advise young ladies to prepare their mind in case such happens, some women have become patients in psychiatric hospitals because of this.”It is a man’s nature to have more than one wife or have extra marital affairs. Men will always be men, except those who fear the Lord and disciplined, you would hardly find a man who is satisfied with one wife.

A pastor’s wife,Mrs Blessing Akosile said as a woman, once she has searched herself that it is not her fault, she would see it as his own way of life.”Sincerely speaking, I want to believe that in many cases, before any man can take such action, there must have been unresolved issues between them. However, some men do fall into such unfortunate circumstances because they are not disciplined. Before a man can take a second wife, he must have been having illicit affairs with strange women outside the matrimonial home.

“However, there are some women that made the house hell on earth for their husbands, consequently, this could force a man to take a second wife, in order to have a peace of mind. In anyway, it is not the best thing to do, is either you let go of the woman or reconciled. One of the majour problems women encounter in our society is polygamy. If you pick one or two people who come from polygamous homes, they always have problems, though some know how to manage it, especially the traditional rulers .

Speaking on the issue, a marriage counselor, Mrs Tola Famuyide advised that a woman whose husband chooses to take a second wife should first stay calm so as not to commit a crime.”Shouting and fighting will not solve the issue but worsen it

“African history in relations to contemporary society agrees that there are circumstances in which polygamy is recognised, but modernisation and Christianity is fast replacing the old traditions.

“Majority of women will not agree, it hurt them naturally, it is a well known fact that women by nature are jealous and reluctant to share their husbands with other women, they are not to be condemned for this, this has led to many divorce in the society , as the first wife may not be able to cope with the situation.

“Based on report, it is easy for a woman to win her husband’s heart, if she begins to pay attention to her dressing, cooking, attitude, and other things that would make her husband happy.

“Almost all men want to be loved and cared for. Women should constantly do things that will make the men want to be at home. It is a sign that the man is happy and comfortable with her, a wise woman builds her home. A woman can convince her husband against marrying a second wife. Some push their husbands out due to neglect and nagging, though some men are very difficult to satisfy, women should try their best. And if a man is bent on marrying a second wife, the woman must summon courage, take it easy,  and be smart enough to manage the situation so as not to hurt herself, the husband, and the kids”.