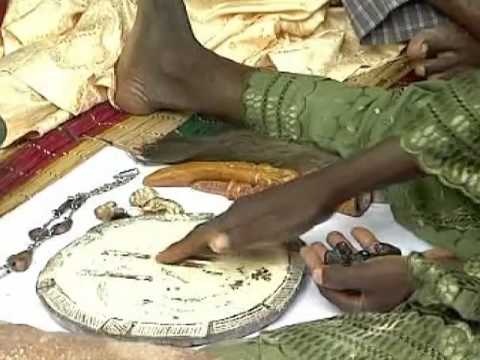 By M. A. Alabi
|
Ifa dida (Ifa divination) prose/poetry has been in existence for decades and is being practised globally.  Ifa is as old as man himself, rich in myths and in mythology, which explains the community up to their minimum expression. Ifa corpus utilises and relates the chain – relationship of proverbs, stories and tales that includes vegetation and animal works as it personifies life. The integrity of Ifa corpus can be described as fountain of study, system of values, protector, and disciplinarian. It also gives stability to the forces of heaven and earth and it is also connected to other deities and ncestors.

The culture of any society can be seen as a collection and documentation of various experiences preserved and transmitted in different media to succeeding generation. Right from the moment of creation, patterns established are repeated throughout the universe. Nothing can be done in Yorubaland or Africa without consulting Ifa. Ifa corpus is based on repetition of history which proofs to Ifa devotees, its validity of essay (analysis of historical facts) pass to present to the future, what happened thousands of years ago still happens and illustrated in first ODU Ifa.

The Ifa divination system, which makes use of an extensive corpus of text and mathematical formula, is practised among Yoruba community and by the Africans in diaspora in America and Caribbean. The word Ifa refers to the Ifa or Orunmila, regarded by the Yoruba as the deity of wisdom and intellectual development. In contrast to other forms of divination in religions that employ spirit mediumship, Ifa divination does not rely o9n a person having oracular power but rather on a system of signs that are interpreted by a diviner, the Ifa priest of Babalawo, literarily “the priest’s father”. The Ifa divination is applied whenever an important individual or collective decision has to be made.

The Ifa literal corpus, called odu, consists of 256 parts subdivided into verses called ese, whose exact number is unknown as they are constantly increasing  (there are around 800 ese per odu).  Each of the 256 odu has its specific divination signature, which is determined by the Babalawo using sacred palm-nuts and a divination chain. The ese, considered the most important part of Ifa divination, are chanted by the priest in poetic language. The ese reflect Yoruba history, language, beliefs, Cosmovision and contemporary social issues.

The Ifa corpus constitutes the storehouse of Yoruba philosophy and thought system. It is the ground of validation for Yoruba cultural practices and social organisation. Ifa corpus contains account of Yoruba cosmology, of the founding of major Yoruba towns and the relationship of deities with humans (Ilesanmi 1996),. Though records of Yoruba life experiences are found in Ifa, the corpus is not static. As  a body of intellectual materials, Ifa is simultaneously conservative and dynamic (Abiodun 1994). Accounts recorded in Ifa chapters (Odu), provide us with explanations for certain practices in Yoruba land. Ifa may be described as the encyclopaedia of Yoruba life and practices. Ifa is composed of sixteen major chapters (Odu) and two hundred and forty derivatives, giving a total of two hundred and fifty – six chapters. Some have asserted that Ifa is a spirituality and not a religion and that Ifa is universal as buttressed by American Ifa and Caribbean Ifa. Consequently, prescriptions for Ifa practitioners vary individually, generalisation is thus impracticable. The knowledge of Ifa was traditionally transmitted orally. The two hundred and fifty six major chapters of Ifa were learnt and recited by students of the corpus for up to ten years or more  before a level of competence could assume. With the introduction of Western education among Yorubas by the Christian Missionaries arpomd 1840, some documentation of the Ifa corpus became inevitable.

Many widely known scholars including Professors William Bascom and Wande Abimbola among others have documented sections of the Ifa corpus from the early 40s. Professor Wande Abimbola intitially documented some Ifa chapters in Yoruba language but after some years, he also wrote some Ifa chapters in English Language. His writings aided the mobility of Ifa as a body of scientific knowledge and philosophy. Since the efforts of Professor Wande Abimbola, other scholars and practitioners of Ifa have documented different as[ects of Ifa corpus. A current effort worth mentioning is the ongoing work on Iwe Odu Ifa by the International Association of Ifa practitioners. Their efforts at the documentation of Ifa have aided the spread of Yoruba religion in an unprecedented dimension. One of the consequences of the documentation of Ifa is the conversion of non – Africans and Africans into the Yoruba religion. This contact of Ifa with non – Yoruba adherents produced significant developments, which include the adoption of Ifa as an intangible heritage of UNESCO on the 25th of November 2005 and the contact between Ifa and the Internet

Religion is a set of beliefs concerning the cause, nature and purpose of the universe especially when considered as the creation of a superhuman agency or agencies usually involving devotion and ritual observances and often containing a moral code governing the conduct of human affairs, or a specific fundamental set of beliefs and practices generally agreed upon by a number of persons.

Culture is a totality behaviour or beliefs characteristics of a particular social ethnic, certain nation, training of a given society or group. In other words, culture is the cumulative experiences and values of a given society at large. (Ways of life).

Cultural diffusion is the spreading of cultural beliefs, and social activities from one group to another. Is the mixing of world culture through different ethnic groups which increased with advanced communication, transportation and technology. It is also the spread of cultural trends across beliefs and practices from place of origin. These can be language, names, ways of worship, dresses/and ways of life generally.

Ifa Religion as it is understand by Socrates school of thought said, the children of Oduduwa migrated from South North, East to West globally; that is from left to right and that is why we have different names given to Ifa priests by different ethnics:

So also, Ifa literary corpus move in conjunction of other deities as they disperse to other community such as ogun, god of iron moved to Iree, Esu to Ijelu in Ekiti but worshiped and celebrated as Elegba, Elegua in Ikate land in Eti – Osa Local Government of Lagos State till date. Osun is celebrated in Oshogbo but take its source in Elemi River in Igede – Ekiti in Ekiti State. Similar things happened to other deities too.

When the sons of Oduduwa migrated from society of origin, they brought along their indigenous religion which enable them to influence other societies. Apart from Egungun Cult, Yoruba with Ifa divination diffused to the northern Igboland where it is known as ‘Afa” and ways of worship is the same.

Ifa is prominent in Igala, evident of Yoruba religion practices in those places, west and south of the Niger wherever the Yoruba had a vibrant with their neighbours implicit in this development is the case with a National Unity. Through Ifa religion, we have affinity in all areas of ways of life, experiences, customs, values, songs and preservation of peoples culture are central to the existence of survival. Though deities attached to Ifa, Ifa priests will always have all the shrines of the deities. People patronize Ifa to consult oracle in decision making on occupation, marriage, coronation, traveling and many other things and this involve ritual sacrifice to be offered to Esu.

Relationship of Ifa and Esu

As Ifa has a cordial relationship with Odu his wife so also he has special and mutual relationship with Esu as well. Esu deity in orisa cosmos is different with Esu angel in Christianity or Satan in Islamic Religion. It is known that Ifa is a faithful, devoted worshipper, clever with a great wisdom, he moves in company of other deities, Sango, Ogun, Oya, Esu, but he had a great affection for Esu as close friends to Orunmila. There was a day, orunmila tested all the deities that are with him by providing a fake corpse of him, and asked Odu to announce his death to others, one by one the deities came mourning, saying and make different comments.  Sango was there saying he owns him money; Ogun said he owns him palm fronts;- cloth but when Esu heard this he was shaving his head, he shaved it half-way and rushed down to Ifa’s place crying with red eye, his eye were bulged out with anger, he refused to go home; when Orunmila (Ifa) saw this; he descended from the roof  top where he was hiding. He then told Esu that truly he is a loyal friend; because it is Ifa that provides food for Esu and lives at crossroad; that is why Esu is always here a phyllus head/hair, because of the way he cut his hair. Esu is a close friend to Ifa, faithful that is why the first sacrificial items belong to Esu.

Ifa cannot do without Esu. Esu has power of Ase, power of authority (AMEN) in all things. All Ifa tray (Opun Ifa) were depicted a bulge eyes of Esu because Ifa priests consult osayin before consulting type of herbs he would use for health challenges, people consult Ifa before they travel, and the choice of occupation; so that while consulting oracle that path will be straight.