WE are aware that notwithstanding the burdensome reputations some Nigerians have earned the nation, by reasons of attitudes and acts that are considered to fall below acceptable global decent relationships and best practices, a few other Nigerians have continued to enhance the worth and placement of Nigeria and her citizens, through their groundbreaking achievements and lofty contributions to their countries of abode, and enhancement of humanity globally.

One of such valuable Nigerians that doing the black most populous nation proud is Dr Oghenetega Ighedo, who just broke a 148 year-old record to become the first woman with a PhD in Pure Mathematics at the University of South Africa (UNISA), where she is an Associate Professor.

IGHEDO attained the status of an accomplished researcher in Nigeria, where she earned her MSc in Pure Mathematics from the University of Ibadan and a BSc in Industrial Mathematics from Delta State University, respectively, before transcendentally blazing the trail in South Africa. Ascribing her success to the positive influence she got from her retired Mathematics-teacher mother, Ighedo also acknowledged that her commitment to achieving the great feat was fired by “the fact that not only are there few black pure mathematicians but there are fewer black women who are pure mathematicians”.

REFLECTIVE of the commitment of women to break loose from every socio-cultural and politico-religious inhibitions through various advocacies, particularly the recent coordinated protests against the standing down of some Gender/women-related bills by the National Assembly, Ighedo referenced her resolve not to be deterred by being a wife and mother in the quest of obtaining a PhD, to admonish young women not to allow themselves to be held down by any militating factor.  The Hope resoundingly commends her sacrifices and doggedness to break known notable barriers, and by so doing creating for herself a prestigious space in the annals of history. We celebrate her, to say the least!

WE strongly believe that Ighedo’s transnational brilliant performance in South Africa is a function of the can-do Nigerian spirit. It goes to mean that if given the right and suitable environment, Nigerians have the innate, mental and intellectual capacities to compete with the best of brains globally, and stand out. It is noteworthy that watchers in the educational sector have argued, with statistics, that Universities in South Africa and Lesotho have at least one Nigerian Professor, apart from the other brilliant categories of academic staff in such universities.

ANOTHER  wonderful record was broken in 2020 by another Nigerian woman, Professor Abimbola Windapo, who was promoted as full professor at the University of Cape Town (UCT), and became the first woman professor in the field of construction management in South Africa.   Beyond the shores of Africa, in 2017 a Nigerian scholar, Wale Adebanwi, 47, was in the news as having being appointed the first Black African Rhodes Professor in Race Relations, in the Schools of Interdisciplinary Studies at the University of Oxford, United Kingdom.

THE Hope is not unmindful of the conducive environment that helped Ighedo to achieve this noble feat, and the contrast/absence of such an encouraging, promising and fulfilling environment in Nigeria, where public universities are currently shutdown, for the umpteenth time, by university teachers who are pressing for improved funding for the educational sector and better welfare for members.

IN order to bring about such desirable productive educational environment in Nigeria, we are of the view that appropriate funding should be extended to the sector by the government, while similarly good-minded and patriotic people with requisite integrity should be put in charge of the Ministry of Education, as against those that would treat students with disdain, as recently done by Mallam Adamu Adamu, the Minister for Education. No doubt, we strongly believe that the development of the Nigerian educational system would help attract high flyers and full-bright scholars that would positively turn things around, and help achieve needed national growth.

ANALOGOUS to the recognition given recently to three Nigerian scholars; Oluyinka Olutoye, Late Charles Chidume and Godwin Ekhaguere, The Hope is of the opinion that Professor Ighedo should be considered for National Merit Award, as part of the country’s quest at  celebrating scholarly achievements and help set worthy examples for younger Nigerians. Furthermore, The Hope is firmly of the opinion that the breakthrough of Ighedo and other outstanding Nigerians should be tapped into, as part of the initiatives at  solving the myriad of problems the country is grappling with. For the foregoing to happen; the issue of insecurity should be effectively tamed, basic infrastructures should be provided or upgraded, etc.

MORE specifically, in order to ensure compatibility with rewarding systems overseas that Nigerian distinguished scholars are familiar with, The Hope canvasses for a recalibration of the present rigid unproductive conventional institutional template in the country for a modern online interactive platform that is flexible, and that would guarantee inclusive greater participation. 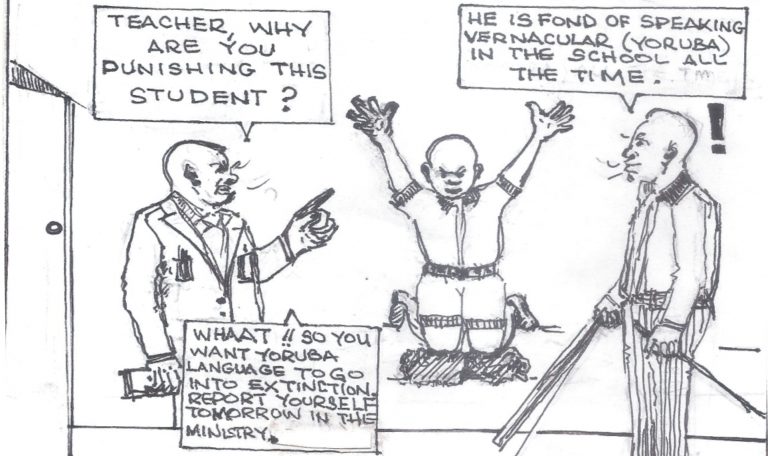