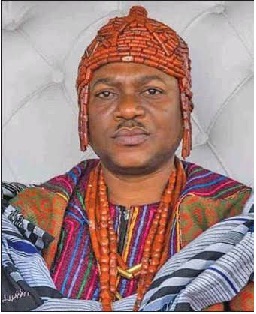 The 2022 edition of the internationally acclaimed Igogo Festival in Owo, the headquarters of Owo Local Government, took off on Sunday but with a solemn celebration.

The festival which started with the First Upeli Procession will end on September 29 at the Ugha Eduma in the Olowo’s Palace.

Meanwhile, the Olowo of Owo, Oba(Dr) Ajibade Gbadegesin Ogunoye III, has ordered a solemn celebration in view of the effects of the June 5 Church massacre at the Saint Francis Catholic Church, Owaluwa street, Owo, where terrorists attacked and kill no less than 40 parishioners during an early morning mass at the church.

Oba Ajibade, however said all the rites and prayers of the festival will be observed while other social abstinence like drumming, booming big guns and wearing of caps and head ties will religiously followed.

The Olowo therefore, called for understanding of the people of the Kingdom in respect of the decision to he solemn about this year’s celebration.

“The sad incident of June 5 and it’s attendant effects were overwhelming and does not warrant celebration as it is used to be”.

“However, all the rites, prayers and abstinence concerning the festival will hold as scheduled solemnly. Arriving at this decision in respect of this year’s celebration requires the understanding of all.”