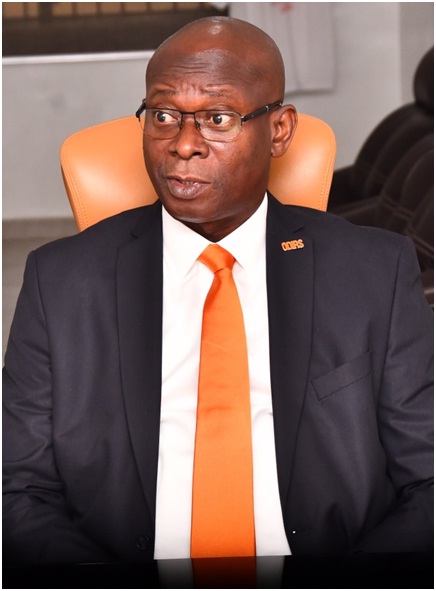 No fewer than 700, 000 tax payers have been captured into the tax net of Ondo state government.

Adegbie explained that there had been a significant increase in the volume of people, organisations and other businesses paying taxes, such as the Okada riders, taxis, banks and others in the state.

The ODIRS boss attributed the upswing  as one of the major reasons the state tax office was able to surpass its target of N28 billion for the 2021 fiscal year despite difficulties encountered.

His words: “In terms of percentage achievement, I think we achieved 108%. We were given a budget of N28 billion but we achieved N30.8 billion.

“Last year looked daunting and difficult. In the middle of the year, it was tough. We were moving from budget of N24 billion to N28 billion post-COVID.  But we rolled up our sleeves, had our strategy session, which we will do again very soon, and we looked at various areas.

“Remember also Land Use Charge. The highest we had done before was N180 million to N200 million but last year we did about N250 million because we went on enforcement, we did a lot of advocacy; we forced people to come and all of that.

“So because of our desperation last year and looking at the target, we went all out in every sector – Education, Agric, Natural Resources and even Pools Betting. Pools Bbetting that normally returned N40 to N50 million did above N100 million. All the agencies did very well. It was unbelievable.”

Speaking on the organisation’s target of N31 billion and expectations for the year 2022, Adegbie said the ODIRS would do all it takes to meet the target as it did in the previous years.

He expressed optimism that with the usual firm support of Governor Oluwarotimi Akeredolu and people of the state, the target would be met, promising that the ODIRS would not relent on its efficient and transparent service delivery it has been known for.

“I am an incurable optimist. I believe somehow, we will find a way. As we speak today, by the end of our strategic section, when all our Directors come with various ideas, we collate and we will have a working document,” the tax expert said.