Ikare muslim community crisis:Chaos in the House of God? 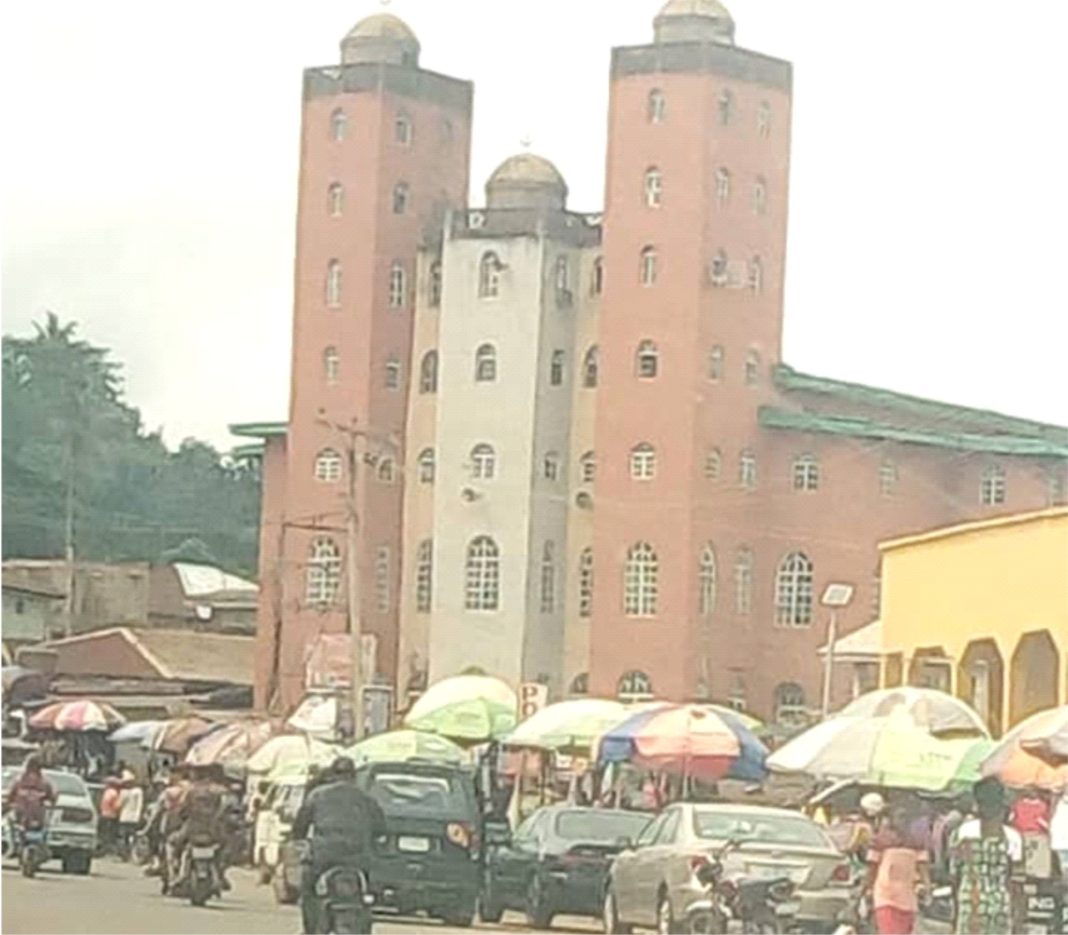 Religious centers are supposed to be  sanctified places. It is a place where hope radiates to the  society and various communities. It is one place where the love and fear of God reigns supreme. However, these days, they have been crisis ridden and brewing house for trouble, crisis and rancour. This has not spared all the religious beliefs.

In recent times, our churches and mosques have been overtaken by intrigues, malice and mundane affairs.

The Ikare Akoko Muslim Community, in Akoko Northeast Local Government area of Ondo State, have, for some times now, been enmeshed in a seemingly unending feud. Thanks to the misunderstanding between the major stakeholders in the Muslim circle in the commercial capital of the Akokos.

Tracing the religious crisis rocking the Ikare Muslim Community, with recourse to no distant past, one could say, the year 2022, was a disappointing one for the Muslim faithful.

For good two weeks, the Ikare Central Mosque, was closed, thereby shutting out worshippers from performing the obligatory Jumat prayers, a high point of Islamic religion.

It took the intervention of the Ondo State Government under the leadership of Arakunrin Oluwarotimi Akeredolu, to return sanity to the holy place.

This was not after Governor Akeredolu set up a committee on the crisis and upon which he acted on the recommendations.

As a way of ensuring that the crisis was laid to rest, a white paper on the issue was made public which government ordered that the chairmanship of the Muslim Council should be rotated among quarters in the town.

The Governor also directed that members of the dissolved Ikare Central Mosque committee should be allowed to complete their tenure and they should henceforth ensure that there is openness, transparency and accountability in the management of  the Ikare Mosque.

Akeredolu also counselled that all quarters Imams and clerics suspended during the crisis be reinstated immediately.

The letter, entitled: “Re: Restiveness Among Muslim Worshippers At The Ikare-Akoko Central Mosque”, directed the Chief Imam to cultivate the friendship of the Olukare of Ikare, Oba. Akadri Momoh, and that the former should also openly demonstrate his loyalty to the monarch.

The Governor also said members of the dissolved Ikare Central Mosque committee should be allowed to complete their tenure and they should henceforth ensure that there is openness, transparency and accountability in the management of the Ikare Mosque.

“All the Imams (Ratibis) and clerics including the Imam of Okela-Ikare, Imam of Okeruwa and Tafsir Ikaado who had been allegedly removed from office as a result of the crisis should be reinstated to continue their duties”

“The Olukare and the Chief Imam should champion the putting together of a mutually agreed organizational and command structures as well as roles and responsibilities of Ikare Central Mosque with a view to placing the Chief Imam at the apex of the administration of the Mosque, as obtained in other parts of Ondo State.”

“The Olukare should be the pivot during the Selection/appointment of the Chief Imam of Ikare, after which the latter should be at the Apex of the administration of the Central Mosque”

“The Central Mosque should be fully opened and operational”

“Arising from the above, all parties involved in this crisis are therefore directed to abide by the decision of the State”.

Upon this, parties in the crisis sheathed their swords and the mosque was reopened for religious activities.

However, the sleeping dog was re-awakened from its rest on October 10, 2022, when the Ikare Muslim Council issued a letter announcing the sack of the Chief Imam, Sheikh Abubakar Muhammed Abbas.

The letter which was titled Termination of Appointment, was signed by the chairman of the council, Adewale Jimoh Abayomi and the secretary, Alhaji R. Ayeigbusi, respectively.

In the letter which was addressed to the Chief Imam, the council said in its meeting of October 9, 2022, the council agreed on the termination of the Sheikh Abbas as the Chief Imam of Ikare which the Okukare of Ikare, Oba Saliu Akadiri Momoh IV, also approved.

The letter was also copied to all the heads of security agents in the state and the town.

The letter directed the Chief Imam to hand over all the property in his care to the Council Secretary.

Among charges levelled against the Imam included insorbodination, lack of jurisdiction and lack of ability to unite the muslim umah.

Worried by the unpleasant situation, and , in a swift reaction, The League of Imams and Alfas in the state said it did not support the sacking of the Chief Imam and also issued a press statement on same.

In the press release, the League, reminded the parties on the need to abide by the decision and resolution of the crisis by the Ondo State Government.

With this, the Friday Jumat Service was observed, and under the watch of heavily armed security agents, even as the Chief Imam, preached love and peace.

However, the crisis within Ikare Akoko took a new dimension on Monday as the state government, during its Executive Council meeting ordered the closure of the central mosque.

The government said the closure is to allow and facilitate the peaceful resolution of the impasse with the collaboration of the Ondo State League of Imams and Alfas.

Citing high handedness, inability to unite the community, lack of transparency in handling financial matters as the premises when the crisis first broke out, the council however went to state that it sacked the Imam for lack of jurisdiction and insubordination as the major offence of the religious leader.

However, sources in the council and in Ikare Akoko said, the sack was not unconnected with the rivalry over chieftaincy titles in the town.

According to these sources, the latest crisis came as a result of Justice Ajama Chieftaincy Report which was implemented by state government.

Governor Akeredolu while acting on the report had elevated the Owa Ale of Ikare stool to Grade A and to be known as Owa Ale of Iyometa.

Reacting to this, the Olukare of Ikare, Oba Saliu Akadiri Momoh IV, in a telephone chat with The Hope denied this, saying, he or the Owalukare stool had no hand in the removal of the Chief Imam.

Oba Momoh described the Chief Imam as his close person and friend.

In the same vein, Sheikh Abubakar Mohammed Abbas, Sheik Abbas lauded the state government’s initiatives and directives to bring sanity to the system.

Sheikh Abbas said government has done the right thing to get to the root of the crisis.

He, however, denied the allegations levelled against him, saying his accusers has no single evidence against him.

In the same vein, Secretary of Islamic Brotherhood Forum, Ikare Akoko, Alhaji Ibrahim Omotunase urged government to fast track the resolutions before Friday since it is very unislamic for the mosque, a praying centre to be locked because the closure will deprieve worshippers from exercising their religious obligations.

Similarly, a worshipper in the Mosque, Mr Fatai kehinde, said travelers who wanted to pray in the mosque will be disappointment when they see the holy place under lock.

He called on all parties in the matter to “sheathe their swords and fear Allah,  death and the day of judgement, when everybody will be accountable for their roles and deeds while on earth”.

Meanwhile, the premises of the Mosque and it’s surroundings have remained serene as people are going about their normal business and daily activities without hindrance.