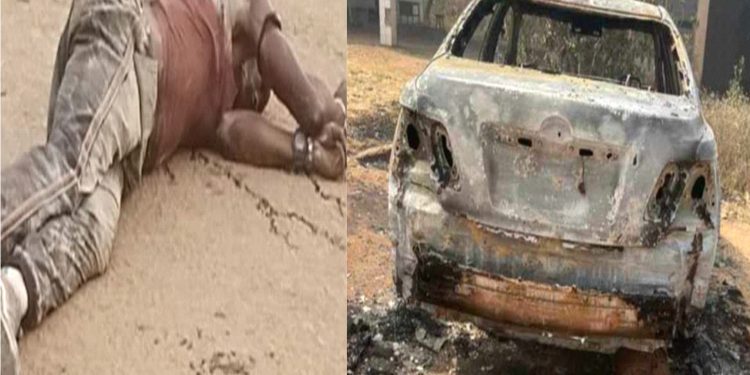 Residents of Ikare Akoko are now lamenting the hardship they face as a result of the 24-hour curfew imposed on the town.

It will be recalled that the Ondo State  Government wielded the big stick on Thursday by imposing a 24-hour curfew on the commercial capital of the Akokos following the killing and arson that engulfed the town after two opposing groups fought over the holding of the new year carnival.

Unconfirmed reports said five people died in the crisis while the level of arson done was unimaginable as many residential buildings, commercial houses and vehicles were burnt down.

Meanwhile, the curfew has been taking its toll on residents as they are finding it difficult to go about their daily businesses. Economic activities have been completely shut down as commercial houses still remain closed while all banks have continued to be under lock and key.

The heart of the town, especially around the Olukare palace, Jubilee Road where all the commercial banks are located and other popular parts of the metropolis remain deserted as at the time of writing this report.

However, residents, especially in the remote areas of the town still move about while the markets in these places open early and close within two to  three hours to enable the people buy their daily needs especially food items.

Similarly, some people have been beating the curfew by moving in very remote parts and not too popular roads

For example, a resident who spoke with The Hope on phone said people in his area take remote routes to go to Ugbe Akoko to buy fuel for their generators.

Speaking on phone with our reporter, a resident, Alhaja Khadijat Alli, said it has been so difficult for her and other people in her area to buy food.

Alhaja Khadijat stated that she is facing  a very tough time unless the curfew is relaxed since food stuffs she had in stock could only last for few days.

On his own, Mallam Jamiu Abdullah, who is a cobler said he is the most hit since he depends on the daily proceeds from his business to feed his family of six.

Jamiu said, things were also being complicated since he  could even go to the farm where he could  also get  food.

Mr Innocent Chibuzor, an Ibo trader in the town who also spoke with The Hope on phone said his business has been paralysed as a result of the curfew.

Chibuzor who said he took loan from a bank to start the business some three months ago, posited that he is in big trouble for repayment of the loan.

According to him, if the bank is  ready to understand his position it  may not be lenient with him for the accumulated return.

In the meantime, the trio have appealed to the state government to be lenient with the people  and relax the curfew to reduce the hardship currently being faced by the people, especially those who are not part of the crisis.

Resumption: ‘Protect your wards against cold’