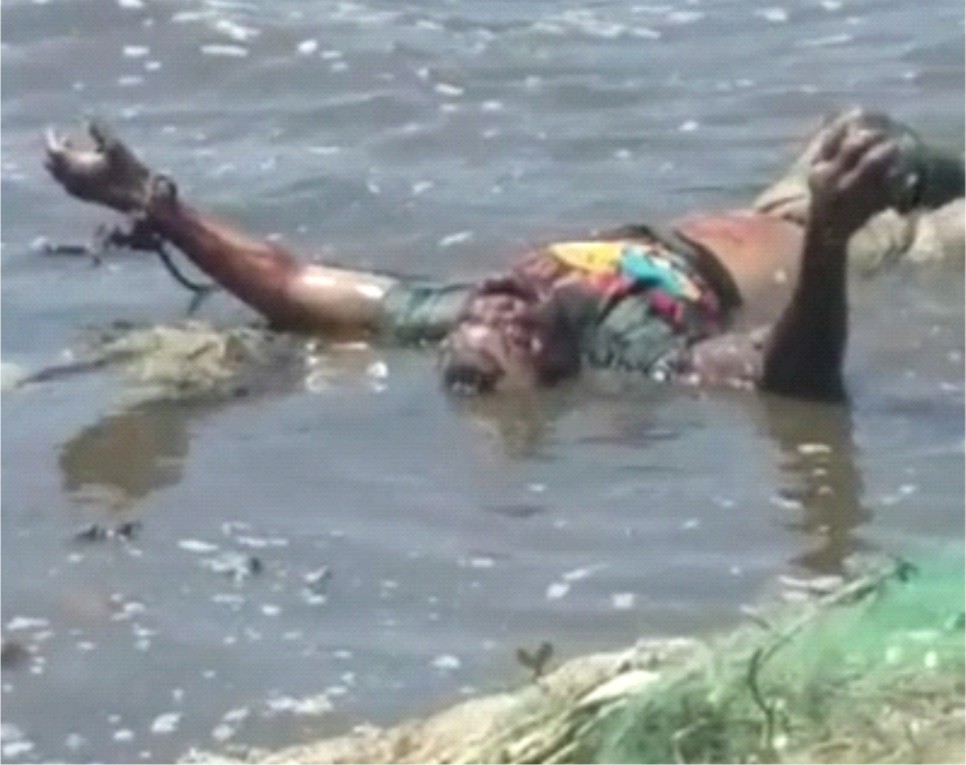 The family of late Bekewei Mayomi Alonge, whose lifeless body was reportedly seen floating on the river at Awoye, in Ilaje local government area of Ondo State, after which it  disappeared, has demanded a thorough investigation to bring those responsible to justice.

However, members of the family who stated that they do not have plans for reprisal, have called on security agencies to commence full investigation into the matter and bring the perpetrators of the dastardly act to justice.

Alonge was allegedly killed and thrown into Odofado- Jinrinwo waterway in Ilaje local government area on his arrival from Delta State on October 5 by yet-to-be-identified persons.

The Hope Metro gathered that the deceased,  an Ijaw man, was last seen at a Hotel, named (Ten-Ten Hotel) Jinrinwo, before his untimely death.

Residents who spoke on condition of anonymity with our correspondent alleged that the deceased was tied with rope before he was killed and dumped into the river.

But according to them, they were yet to come to terms with the fact after the deceased was killed, his corpse seen floating on a river could no longer be found.

Reports had it that the  horrible incident had thrown the Ijaw people in Ilaje into mourning over the gruesome murder and the disappearance of the corpse.

Speaking with The Hope Metro, the deceased’s family, represented by one Chief Samuel Alonge, said their son’s journey ended at Awoye in Ilaje local government.

He explained, “Mayomi, a father of four children, worked with Escar force in Delta State. On that fateful day, he had called us that he was coming home. And on  his arrival at Awoye, he called us again that he was already here and would soon get home and we were home waiting for his arrival.

“Unfortunately, we could not see him then, we moved to Awoye to find out what could have kept him. But on getting  to Awoye around 9p.m on October 5, the Baale told us to come back the next day because it was already late.

“The next day, when we got there, we were told that a corpse was seen by the Marine police, floating on the river somewhere in the waterside area of the community. And when we saw the picture, it was our son.

“Then, we asked the Baale (head of the community)  how we could locate the corpse, and he assigned a man to lead us to the area where the corpse was said to be seen floating on the river, but before proceeding to the area, the man said they needed to involve the army in the area. Along the line, the man discharged himself.

“We went ahead to approach the Marine police for permission to go for the search ourselves and they permitted us. But  unfortunately for us, we could not find the corpse up till now.

“Now, the Ijaw youths are furious about the incident. But we don’t want further crises between  the Ilaje and the Ijaws. That  is why we are appealing to the state government and the security agencies to do something urgent to avert crises in the land.

“They have killed our son in Awoye. Let them give us the corpse for proper burial. Because our people in the Awoye testified to it that they saw the deceased on arrival there. But how he was killed nobody can say.”

Speaking on reprisal  Chief Alonge said. “Nobody, not even the Ijaw youths are planning to avenge the death of our son, because we know the law and we cannot go against it.

“Since the government and the security agencies are on the matter, then we wait for their response.

“Notwithstanding, Ijaw youths are furious about the incident, but we don’t want further crises between Ilaje and Ijaws that is why we are appealing to the state government and the security agencies to do something urgent to avert crises in the land.”

In his response, the Baale of the Awoye community, Chief Ehinmola Temimobi Mike, who denied the allegation, said the deceased was not killed in their community.

He said, “It was the ocean surge that brought the corpse to our community and later went away with it. How he died nobody can say for now”

“The rope seen on the hand of the deceased was said to be tied by some good Samaritans to hold the corpse and pull it out, but  unfortunately, the heavy ocean still swept it away.”

When contacted, the State  Police Public Relations Officer, DSP Olufunmi Odunlami, confirmed the incident and said the investigation is ongoing.

According to him, “As much as the lives and properties of Ilaje people anywhere matter to us, so also every other life, including lives of non indigenes and residents in Ilaje and outsides matter to us.

“During our preliminary investigation, it was revealed that the deceased in question drank at Ten Ten Hotel, Owaye  in the Ilaje community in the night of October 1, 2022, during the Independence Day celebration.

“While it was not clear how he got to the water without an eyewitness and died before his corpse was seen floating beside the Odofado-Jirinwo axis, it was not as well clear how rope was tied to his hands as seen in the video circulating.

We sincerely condemn every type of killings in and around the Ilaje race. So also, we once again sympathise with the Ijaw Akpata Youth over the loss of their brother.

“We assure you of our investigation and whosoever is linked with such will surely be prosecuted by Section  316 of the Nigeria Criminal Code.”

While reacting to people fleeing  the riverine area, he said,  “It is true that our people have started fleeing the community with the fear of reprisal attack from the Ijaw youths.

Owolemi,  therefore advised that government should call for a stakeholder meeting with immediate effect so their people could be assured of their security.

The Hope Metro gathered that the owner of the Ten-ten Hotel, where the deceased was said to be drunk has been arrested and taken to the Police Command in Akure, the state capital for further interrogations.

Meanwhile, Ondo State  Government has condemned in very strong terms, every criminal act that leads to the killing of anyone. It is in this regard that security agencies have been directed to get to the root of this alleged crime. Investigations are already on in respect of this development.

The Governor, in a statement signed by his Chief Press Secretary, Richard Olatunde, urged the fleeing indigenes and residents, if any, to return to their normal places of abode and continue with their lawful businesses without fear.

The Governor implored all communities, including those perceived to have been hurt, to refrain from any act in the direction of self-help.  saying such shall not be tolerated in any manner.

The government, therefore, appealed to all persons of goodwill, particularly traditional rulers as well as religious leaders of the affected areas, to rein in their subjects to avoid unnecessary conflict in the relatively peaceful riverine areas of the state.