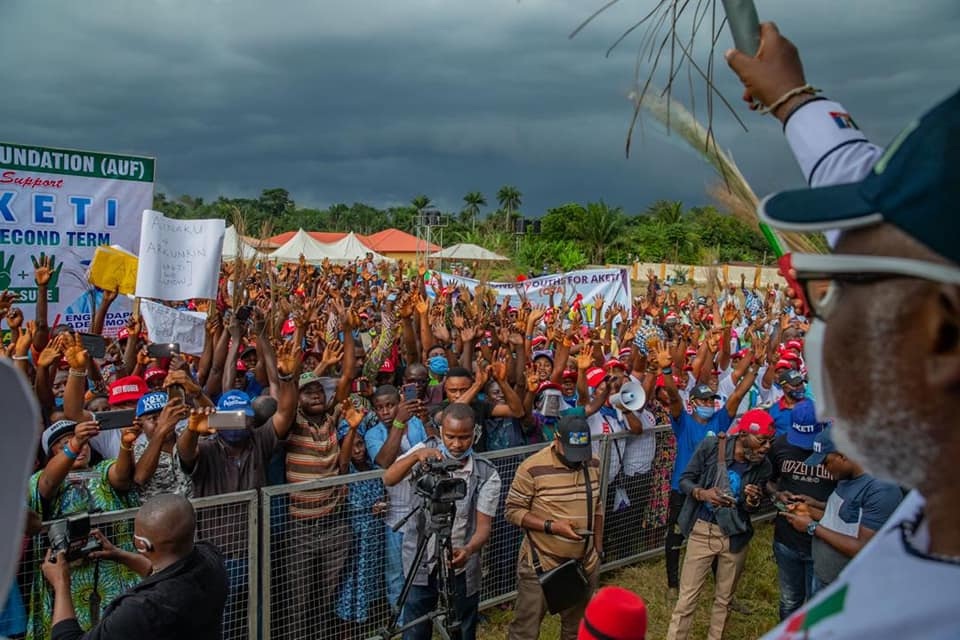 As the October 10 Ondo State gubernatorial election draws nearer, a grassroots mobiliser, Mr Anthony Osunyikanmi has assured that he would mobilise electorates in Ile-Oluji, headquarters of Ile-Oluji/Okeigbo local government to vote massively for the reelection of the incumbent governor, Arakunrin Oluwarotimi Akeredolu.
According to Mr Anthony Osunyikanmi, the Akeredolu-led administration has in the past three years, turned the state into the cynosure of all eyes through various developmental and people-oriented projects.
The younger brother to the Director-General of Technical Aid Corps (TAC), Dr Pius Osunyikanmi, mentioned some of the landmark projects to include; the Ore inter-change bridge which is first of its kind in the state, Ondo-Linyi Industrial Hub in Ore which had provided thousands of employment opportunities to citizens of the state, various road constructions among numerous others.
In a statement he personally signed and made available to journalists in Akure, the politician said he will not go against the wish of his elder brother who he said is committed to the 4+4 agenda of Governor Akeredolu.
Osunyikanmi affirmed his unflinching support to the political platform of the Director General of Technical Aid Corps, Dr. Pius Osunyikanmi, which is aimed at ensuring victory for APC in the forthcoming election in the state.
He debunked the rumour that he’s working against the second term ambition of Governor Akeredolu by allowing his Akure home to be used as political meeting point for ZLP members.
He noted that a member of the State House of Assembly approached him for an accommodation, which was granted free of charge in the past two years.
“When i got the news that the occupant is holding political meetings in the apartment, I put a call across to him warning against such meetings, saying his private property shouldn’t serve as political or business meetings arena.
“l will never go against the wish of my elder brother, Dr. Pius Osunyikanmi, who is working vigorously for the victory of the Governor’s 2nd term in office.
“I have nothing to do with the Zenith Labour Party or any other political party. “My unflinching support is for Governor Oluwarotimi Akeredolu’s victory on October 10”, he said.
He however, assured that Governor Akeredolu’s developmental strides in Ile-Oluji has endeared him into the hearts of indigenes of the community who have pledged to reward the Governor’s noble gesture with their votes.