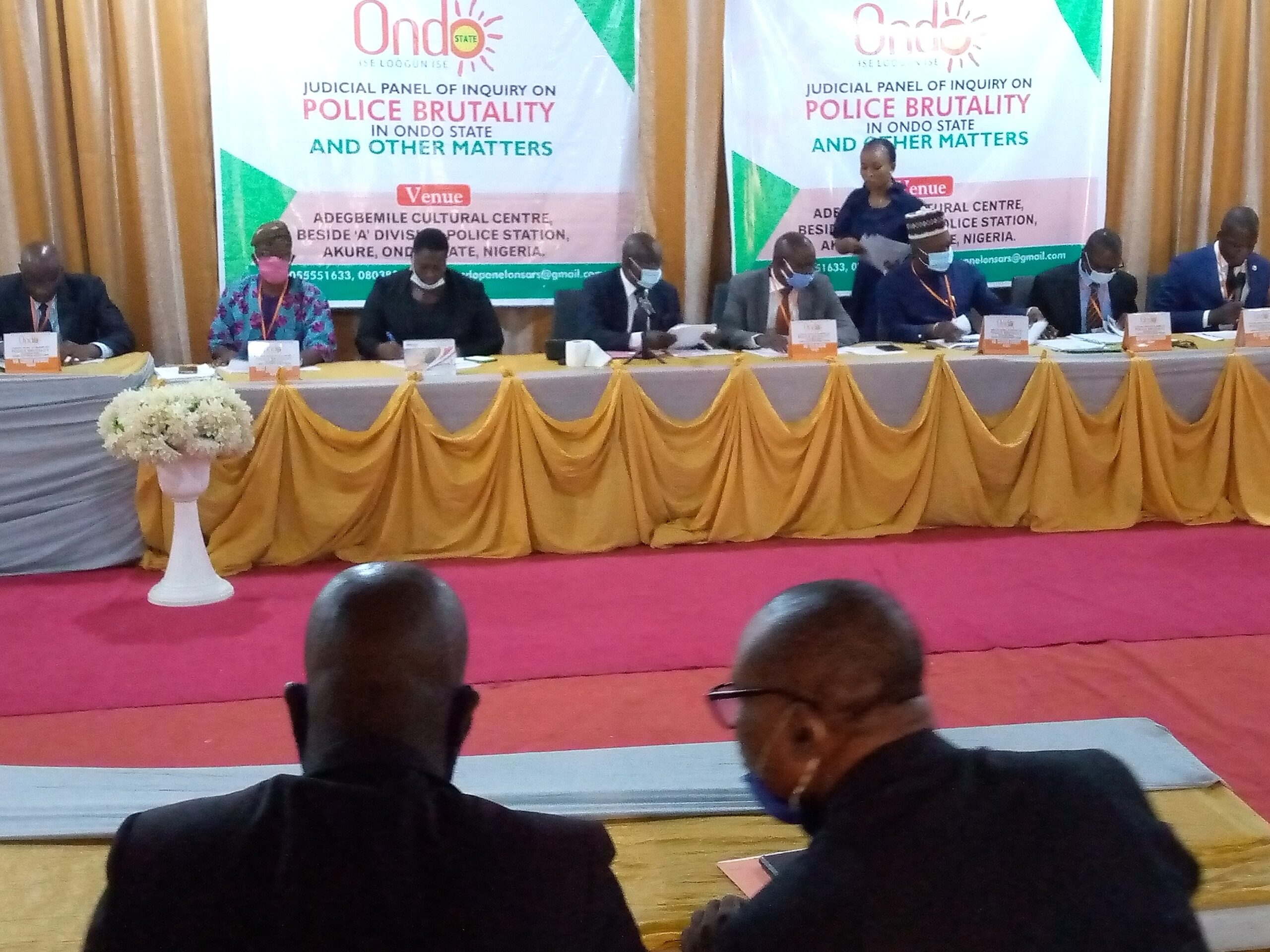 Some staff of Police Secondary School, Ita-Ogbolu, under the Police Force Education Unit, has approached the Ondo State Judicial Panel on police brutality and other matters over alleged ill treatment meted out to them.
The ill-treatment included denial of promotion and other benefits and entitlements since 2007.
The petitioners, represented by Mr Taofik Akintola, alleged that the police force had refused to acknowledge a court order to promote the petitioners to their due ranks since 2007 with an entitlements and benefits paid.
Counsel to the aggrieved staff, Adeyinka Fadumoye appealed to the Justice Adesola Sidiq (Rtd) led panel to compel the Nigerian Police Force to comply with the decision of the trade union dispute panel and the judgement of the Industrial Court, which were earlier delivered in favour of his clients.
“My clients were employed in 2007 and up to this moment, over thirteen years ago, they still remained on the same level he was employed. Before then, there was a trade union dispute panel that sat and they all agreed but still, the police refused to comply. They were the ones begging for settlement. They agreed on a settlement but they refused to comply with it”, he revealed.
He said the case was then taken to the Industrial Court after the refusal of the Nigerian Police to honour the decision of the trade union dispute panel and the court ruled that his clients should be given due benefits but the police force had also refused to comply.
He added that his client, who are scattered across the country, were being victimised with transfer to remote places or dismissed whenever they demand their entitlements.
Chairman of the panel, Justice Sidiq advised the counsel to ensure that relevant papers are duly filed and presented to the panel while adjourning the case to 9th February, 2020 for further hearing.
Meanwhile, among the six other cases entertained yesterday, the petition by Oladipo Matthew of Matmos International Limited was closed after cross examination by his counsel, Adeolu Ajayi and members of the panel.
The panel, after looking through all evidence presented closed the petition for recommendations to the state government.
Hearing on the petitions filed by Engineer Ife Oyedele of Tesla Project Limited, Nigerian Correctional Service, Ondo State Command and the Ministry of Natural Resources were adjourned till January 27 for non representation.
Also, the case of Oladumeji Olatunbosun versus the operatives of the Defunct Special Anti-Robbery Squad, SARS, was also adjourned till January 27 over non appearance of the accused officers.