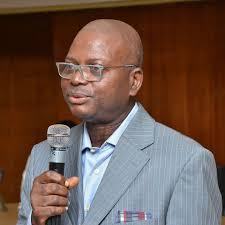 Ondo State Government has promised to investigate and sanction any principal of secondary school in the state involved in the collection of unauthorized fees from parents and guardians under extraneous cover.

This was contained in a press release signed by the state Commissioner for Education, Science and Technology, Mr Femi Agagu.

The release read: “It has come to the knowledge of the State Government that some Secondary School Principals have allegedly devised ingenious means of extorting parents and guardians under extraneous covers, for the payment of unauthorised fees.

“This is in spite of the State Government’s decision to pay WAEC Fees for students in the State’s Public Schools.

“It must be reiterated for the benefit of all that the total approved collectibles for public secondary schools is N4,450 for returning students and N5,800 for new students.

“For final year students, additional payment of N2,800 has also been approved as administrative and practicals charges. Any other payment demanded from parents and guardians are illegal and unauthorised.

“This development is a clear act of sabotage that is highly reprehensible. All such reported cases shall be thoroughly investigated and culprits appropriately sanctioned.

“Government, therefore, enjoins all stakeholders to be vigilant and report any of such confirmed extortion to the Ministry of Education Science and Technology.”