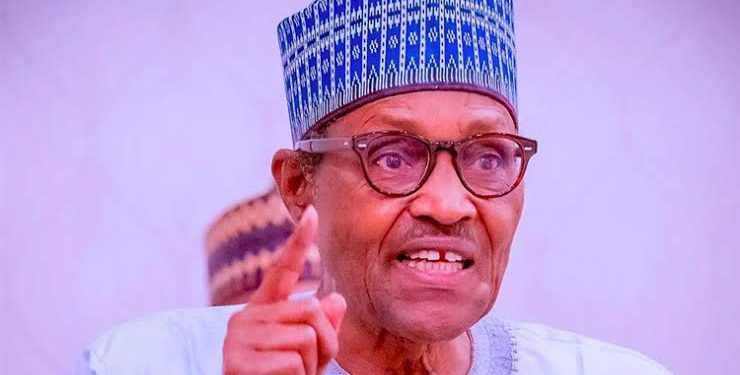 President Muhammadu Buhari, on Tuesday in Damaturu, Yobe State, said he is an orphan and does not know his father, but was enlisted in the Nigerian Army because he went to school.

President Buhari also urged eligible voters in the state and the northeastern part of the country to ensure that his party’s presidential candidate, Bola Ahmed Tinubu, is elected in the forthcoming general elections.

He said this at the All Progressives Congress (APC) presidential campaign rally at August 27 Stadium in Damaturu.

The President said a vote for Tinubu and his running mate, Kashim Shettima, would guarantee the sustenance of progress made in the security, economy and education sectors of the country.

He vowed that following the victory against terrorists in the region, the APC-led government is more than ever before energised to defeat whoever threatens the unity of Nigeria.

The President, who addressed the mammoth crowd in Hausa language, recounted how Boko Haram inflicted damage on the people, their property and the economy, before their decimation by Nigeria Armed Forces and security agencies.

Emphasising the need for education in countering the despicable ideology of Boko Haram, the President told parents and guardians in Yobe: ‘‘Make sure you send your children to school and make them understand that whatever you have in this world can be taken away from you except the knowledge you have in your head.

‘‘I was an orphan; I did not know my father. I spent nine years in a boarding school and because of education I was enlisted into the Nigerian Army.

‘‘I want you to strengthen your faith, try your best to uphold the children and family God has entrusted to you. Do not betray that trust.”

To the APC flagbearers in the forthcoming general elections, President Buhari challenged them to ensure good governance when elected and not to disappoint the electorate.

He declared that the governing party has done its utmost in the last eight years at the Federal level and would continue to ensure the progress, prosperity and stability of Nigeria