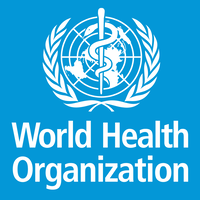 Among the seventeen states in the Southern region of Nigeria, the World Health Organisation (WHO) has rated Ondo State as the best performing state in polio eradication campaign and routine immunization.

This was disclosed by the representative of the State Coordinator of WHO, Mr. Opeyemi Ekun at a meeting with the Governor and members of the Ondo State Task Force on Polio Eradication and Routine Immunization, held at the Cocoa Conference Hall, Governor’s Office in Akure.

Ekun, who lauded the present administration of Arakunrin Oluwarotimi Akeredolu said this was achievable due to the sustained and scale up progress on immunization of the living and unborn children in the state.

In his remarks, the State Governor, Arakunrin Oluwarotimi Akeredolu said he stood strong in the belief that immunization is a gospel that must not be weary of spreading and actualising due to the fact that every life, especially those of under five children, matter.

The Governor, who was represented by the Deputy Governor, Mr Agboola Ajayi disclosed that the last quarter of January to March, 2019 under review, showed that the state is not doing badly in the area of routine immunization.

Akeredolu, who compared the first quarter of 2019 to the last quarter of 2018, said the 2018 had 71 percent coverage, while the 3rd dose of the pentavalent vaccine (Penta-3) in the aggregated data for January and February 2019 had a remarkable increase of 79 percent.

He noted that he was aware that there are some challenges being experienced in the conduct of routine immunization, adding that his administration is daily putting efforts into surmounting them.

The Governor also revealed that he has approved the recruitment of more healthcare workers to boost the capacity of primary healthcare to deliver on its mandate.

Akeredolu also said he has approved the renovation and the upgrading of 18 primary healthcare facilities across the 18 local governments to meet the Minimum Service Package (MSP) guideline of the Federal Government.

Welcoming stakeholders to the meeting, Dr Wahab Adegbenro, the state Commissioner for Health, said that the review was a clarion call to service to all stakeholders for the benefit of children in the state.