Impact of Anchor Borrowers in agriculture 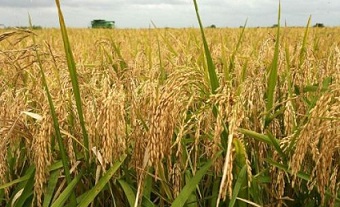 Impact of Anchor Borrowers in agriculture

Over the years, government have been putting up efforts to ensure that the unstable agricultural sector of the economy gets back on track, so that, the nation can increase in agricultural production, both for local and foreign consumption through exportation.

Some of these efforts include strengthening of extension services, initiation of agricultural insurance for food security, implementation of agro-forestry practices, introduction of farm service centers in rural areas among others. To corroborate this, one of this efforts is the recently introduced scheme which is the “Anchor Borrowers Programme”, launched in the year 2017 by President Mohammadu Buhari, to support and equip existing and intending farmers in order to produce locally with ease.

In order to increase funding for the agricultural sector, the Central Bank of Nigeria (CBN), in line with its developmental function, established the Anchor Borrowers’ Programme (ABP), which was launched by President Muhammadu Buhari in 2015.

The Program is intended to create a linkage between anchor companies involved in the processing and small holder farmers (SHFs) of the required key agricultural commodities.

Anchor Borrowers Programme (ABP) is a drive for our local farmers to practice agriculture with ease because all necessary inputs needed to produce are supplied by the scheme companies with very low interest rate of about 9% on the farmers.

Over time, many intending farmers do complain about lack of farmland or lack of capital but this programme has created an avenue whereby intending farmers get access to inputs for effective and high level of production but with specific crops which include Cereals (Rice, Maize, Wheat etc.), Cotton, roots and tubers (Cassava, Potatoes, Yam, Ginger etc.), Sugarcane, tree crops (Oil palm, Cocoa, Rubber etc.), Legumes (Soybean, Sesame seed, Cowpea etc.), tomato, livestock (Fish, Poultry, Ruminants etc.) and any other commodity that will be introduced by the Central Bank of Nigeria from time to time.

The thrust of the anchor borrowers programme is provision of farm inputs in kind and cash (for farm labor) to small holder farmers (SHF) to boost production of these commodities, stabilize inputs supply to agro-processors and address the country’s negative balance of payments on food. At harvest, the SHF supplies his or her produce to the Agro-processor (Anchor) who pays the cash equivalent to the farmer’s account.

It will be recalled that the apex bank states that the fund would be provided from the N220 billion Micro, Small and Medium Enterprises Development Fund (MSMEDF). “The loan amount for each SHF shall be arrived upon from the economics of production agreed with stakeholders,”

One of the major advantages of this scheme to the SHF is that farmers can access agricultural inputs and land area with no capital because the scheme supplies the inputs for free at the start but gets the invested funds back after harvesting of the products by the farmers with the aim of eliminating extreme hunger and poverty among medium and smallholder farmers across the country.

The tenor of loans under the ABP shall be the gestation period of the identified commodities.

As for the repayment of the loans granted to the SHFs, it shall be repaid with the harvested produce that shall be mandatorily delivered to the Anchor at designated collection centre in line with the provisions of the agreement signed.

To corroborate this, an Agricultural Extension and Communication lecturer at the Federal University of Technology, Akure, Mr Akinwale Jonathan said Anchor Borrowers Program is actually a systematic value-chain approach which involves linking farmers to market and also solve finance issues. It also came on board to address the challenges of agricultural finance at both the demand and supply end which are the commercial banks which usually have challenges with giving credit to farmers.

“Most of our farmers are not literate, therefore, their knowledge of agronomic practices is limited. Their ability to produce to expectation, that is their potential to produce a particular crop or livestock is not actually there. So, most of this financial banks are having challenges of giving loans to them.

Most of this farmers lack collateral such as the certificate of occupancy which will be demanded by the bank. So, where will the farmers get C of O or farm records and the likes?”

“There are many associated risks in agriculture such as the weather changes and the likes. Therefore, most banks usually shy away from them. Farmers also have their own challenges. So, In order to bridge this challenge at the suppliers and farmers sides, that’s why this Anchor Borrowers Program came on board.  It also has its own uniqueness such as in the finance model. That is, the way the scheme is being financed”

Furthermore, he said “there have been so many agricultural finance programs and policies in the past but when we look at the distribution model of the ABP, it is also innovative because loans will only be allocated to farmers in groups. Farmers are encouraged to be in groups, maybe between 5 and 20. The purpose of this is that each member will guarantee each other, that is if one default, it is also the whole group that is at default.  Therefore, that pressure will be there that the default will be minimized.”

“Most of the crops being grown by farmers have their potential yield. For instance, the cassava farmers growing cassava and getting return, maybe 2 tonnes per hectare but it can still produce as much as 20 to 40 tonnes. But most of our cassava farmers are not producing up to that because they are not following agronomic practices.

While projecting the future of Nigeria’s agricultural sector if the scheme is sustained, he said, if this program is sustained with the commitment of all the actors and with the present policy an ban on rice importation, in few years time, Nigeria will achieve that self sufficiency in rice and cassava production.

Initially before this Anchor Borrowers Program, Kebbi State rice farmers do get a maximum harvest of 2 tonnes per hectare but with those agronomic practices, teaching best practices of insurance, weather forecast and the likes, Kebbi state was able to achieve 8 tonnes per hectare. That is, we have records of increase in yield because of various actors working together in this ABP.

“Also, we will also be able to save foreign exchange and achieve food sufficiency.

“More importantly, more than 70% of Nigerians derive their livelihood from agriculture and majority are poor. Therefore, with this, the economics livelihood of this farmers will be improved if this program is sustained. It may not even be up to that 10 years”.

Adding to this, the chairman, Ondo State Agricultural Commodities Association, Mr Gbenga Obaweya said “the Anchor Borrowers Program itself, you can learn from its prime word which is ‘anchor’, that is rooted and all others dance and talk about it”.

“In other words, we have an off-taker, somebody who is ready to buy or use up all the products that a long list of farmers or a group of farmers will produce for him and so, the destiny of that farmer for that production cycle is tied to that of the ‘anchor’ and that of the anchor is tied to them, in that, the anchor relies on what they produce to service the industry. To the farmers, they rely on what they take up from them to make sure they don’t have marketing problem.”

According to him, the farmers have a guaranteed market. It also help to structure the production because there is the economics of production where you know that at each stage, you are going to need this volume of money to execute this and this is your projected production level.

“Therefore, if you are selling at this price, this is your projected profit based on what has gone into it and what you are projecting that you will get.”

Meanwhile, while comparing Nigeria’s agricultural productivity before and after the implementation of this scheme, Obayewa said, “talking of the perspective of Ondo state as far as I know, we have not benefitted much yet from the Anchor Borrowers Program around here. We have just had one or two flashes and some have been pleasant, some have not been too pleasant because people have also had challenges with both natural disasters and man-made disasters.”

“Natural disasters for example, the rice farm of FADAMA farmers was flooded this year and the little they are trying to harvest, there is the occupation of the herdsmen and their cows with guns which deprives farmers from accessing the farm.

Finally, on his advice to farmers, he told farmers to keep up hope but first and foremost, they should organize themselves and work together as farmers like we use to do as cooperatives, so that, we can help ourselves. When the external help comes, we embrace and key into it but if external help does not come, we will still survive and make progress but if we continue to depend on handouts, programs and other things and we are always discouraged when those things don’t come, then we won’t make any progress but if we take our destinies into our hands, work together ourselves and look for help to add to what we have done, not that we should be in despair when help does not come from above. “So, I advice farmers that ‘let us stay united and work together, so that, we can be self reliant”.

With all this, Nigeria is assured of a better tomorrow most especially in the agricultural sector.

Olaoluwa Omolafe is an intern with the Hope Newspaper