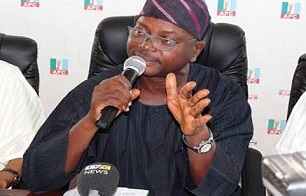 Teachers across Ondo State have been urged to be diligent in their duties and strive to impact positively on the psyche of the students as well as their moral life.

Commissioner for Education, Science and Technology, Mr. Olufemi Agagu, gave the charge while monitoring school resumption in the state.

Agagu also charged the students to remain committed to their studies and shun acts capable of derailing their academic careers.

The Commissioner expressed satisfaction with the turnout of staff and students on the first day of resumption, and the level of compliance with laid down guidelines.

Mr. Agagu accompanied by the Permanent Secretary, Mrs Lola Amuda and other officials of the ministry visited  some schools in Ile-Oluji/Okeigbo, Ondo West and Akure South Local Government Areas.

The monitoring exercise began on Monday with a visit to the School of the Hearing Impaired in Akure, the state and other schools within the metropolis.

The visits, according to the Head of Information and Media of the ministry, Olaoluwa Meshack, was part of the ministry’s efforts at monitoring school resumption for the second term 2021/2022 academic session and ensuring that all schools in the state are in consonance with conventional guidelines.

Mr. Olufemi Agagu also inspected some facilities at the schools and promised that government would look for possible ways of intervention.