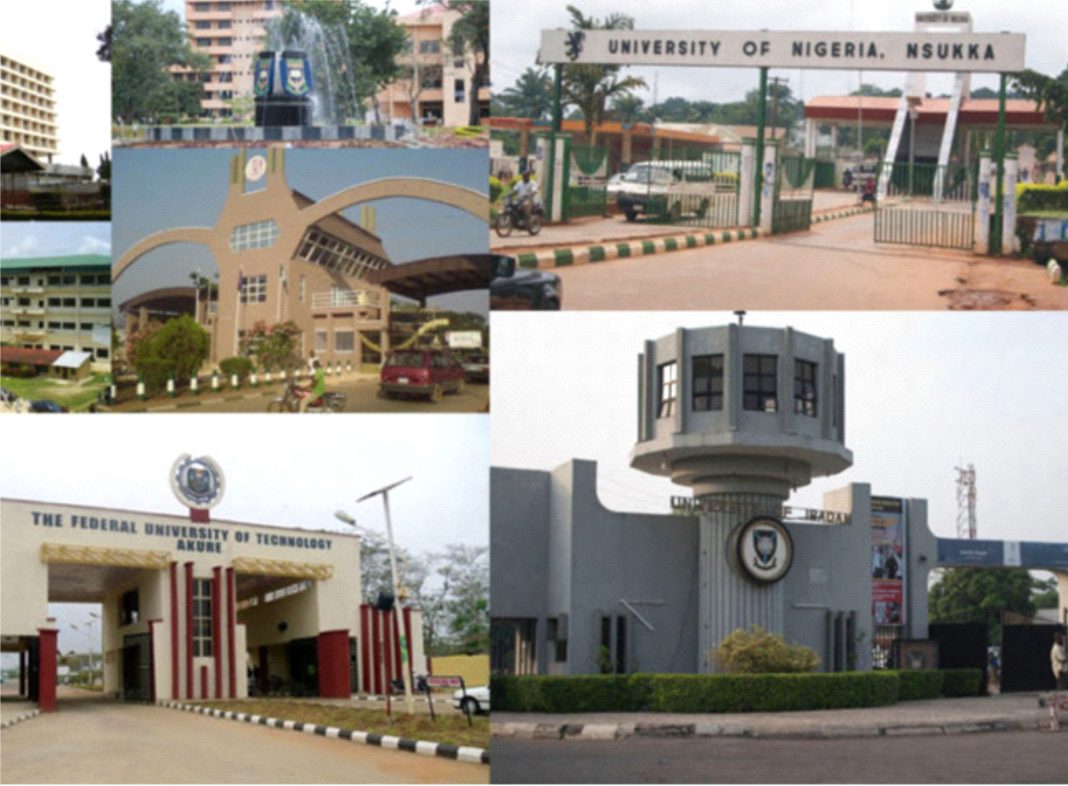 In 2007, the Federal Government directed tertiary institutions in the country to include Entrepreneurship Education (EEd) as a compulsory course for all students with effect from the 2007/2008 academic session.

Speaking on the objectives of the course, the ENd Coordinator in Adekunle Ajasin University, Akungba Akoko, Dr Gbenga Koledoye, while speaking with The Hope explained they ENd was instituted due to the high rate of unemployment among youths and the fact that technical schools are no longer attractive to the youth.

“The essence is to raise the number of people that could be self employed and employer of labour with a view to reducing the number of unemployed youths  in the country,” he said.

However, 15 years after the introduction of the training in tertiary institutions, The Hope investigation revealed that the ENT training has not met its set objectives.

The students highlighted that the number of students taking the course was almost times ten of facilitators. They also lamented inadequate raw materials for practicals, inaccessibility of facilitators, lack of commitment on the part of the lecturers and students, unconducive atmosphere to learn and imposition of skills on the students, among others.

A student of AAUA, Simbiat Ajagunna said “during my 100 level days, I did not attend ENd  because of the distance and time they scheduled the classes. All I did was read people’s notes. One of the reasons I did not go for those general courses is because the lecture room was always choked up with a lot of people and outside the room was filled up. So, how do they think students can learn well in that environment?

In the same vein, another student from the institution,  Susan Afolabi also said she rarely attended  ENd classes  because she never gained anything from it due to lack of  practicals.

A student of Lagos State University, Jumoke Ogunjobi revealed that majority of her mates did not learn anything during entrepreneurship classes because the classes were usually overcrowded and noisy.

A student from Eksu, Omolewa Akinwande said time for entrepreneurship training was always a free period for him because it was like a waste of time attending.

“Throughout my 100 level days, I was not given a score on any of my test simply because they said we were too many and some scripts went missing.The school should not make the course compulsory when they know that they can’t provide the materials for the students to use for practicals,” he lamented.

Similarly, an HND one student from the Federal Polytechnic, Ado Ekiti, Toheed Akinwumi said he was grouped among students to learn Simple Electrical Gadget (SEG) but he was personally into web and graphics designing.

“The first time I went to the class,I slept off because it was boring and the other students were making noise and they did not have interest in what was given to them”.

“We had our practical but it was not a helpful one because the lecturer in charge did not go deep nor teach us well and to me, it was a waste of time and better courses should be put in place”, he stated.

However, ND2 student of the same institution, Tifase Hannah said she learnt a lot from entrepreneurship training and that had been her side business.

“We had to buy a chick and nurse it for our practical, I nursed my chick for three months with excessive feeding and the result came out as expected, the bird was big because it was well fed and at the end of the day, I was one of the students who had the best marks.

“Even when I am not in school or at home, I still make my money because I have learnt how to take care of the  birds and I set up my own business. I have  a lot of contacts and customers also.”

“You can not just train students on theory or practical aspects and leave them alone, you must provide capital, most especially in Nigeria which has no well developed system of providing capital. The practice cannot thrive or achieve its aim.

“Raw materials, just like labor, raw material consisting of natural resources is also an essential product required for the practice. We must make the raw material available through the market by paying a fair price.

On infrastructure, she said, “there are some services which are required by almost every industry to flourish. These services would include transport, electricity etc. Since these services are so basic, they can be referred to as the infrastructure which is required to develop any business. Therefore, if Nigeria tertiary institutions should focus on increasing the efficiency of entrepreneurship, they are likely to impact the businesses of almost all entrepreneurs in the region.”

A business owner, Mrs Bola Akinwande suggested that case studies analysis should be incorporated into the training.

“It provides the student with the opportunity to dig deeper into the way others make their decisions and learn from them. Not only can they learn from it, but also they can give ideas and try to do them in a better way. It’s more like putting them face-to-face with real-life business solutions and learning through them,” she added.

She also suggested that government should provide vocational centres in tertiary schools where students can learn practical aspects of the course they were being taught.

“For example, when teaching social media marketing, a lecturer can tell how social media has become a promotional platform for many businesses worldwide. Many individuals do business through Instagram and Facebook. Similarly, a finance professor can use the 2008 mortgage crisis to instill in students notions as diverse as quantitative easing, inflation, and monetary policy.”

Another business developer, Mr Basiru Oladipupo suggested that business professionals should be engaged to teach courses in tertiary institutions, not just academics alone.

Assessing entrepreneurship training in Nigerian institutions, a Learning and Development Expert, Mr Sam Oriyomi said the “The truth is that, entrepreneurship definition  in  Nigeria setting is different from what a contemporary entrepreneurship means. We have given it the meaning of frying groundnuts, shoe making and other menial jobs and thats how we see entrepreneurship here in Nigeria and thats how the  system has defined it, it has been defined by the system in such a way that we can’t work 8 to 6 and still work as an entrepreneur. That’s the way they  made us to believe it, but that is not the case.

Oriyomi decried that the education system in Nigeria was faulty and needed to be overhauled, adding that the ENT training should be tailored towards solving contemporary needs in the society, not skills students could acquired without going to school, such as puff puff making.

“The courses are faulty, we cannot actually see the ones that can sustain you in this 21st century. How can you be telling a graduate to do shoemaking in fact I train corp members on professional courses and anytime we go to camp for sensitization I listen to people saying there are no jobs out there all we do is to religate yourself to tailoring after your 4 years in university and that is how it has been affecting the system”, he said.

He further recommended that institutions should try to revamp the system. The curriculum should be changed and updated.

Akintunde, Oyewole and Adegoke are interns  with The Hope .