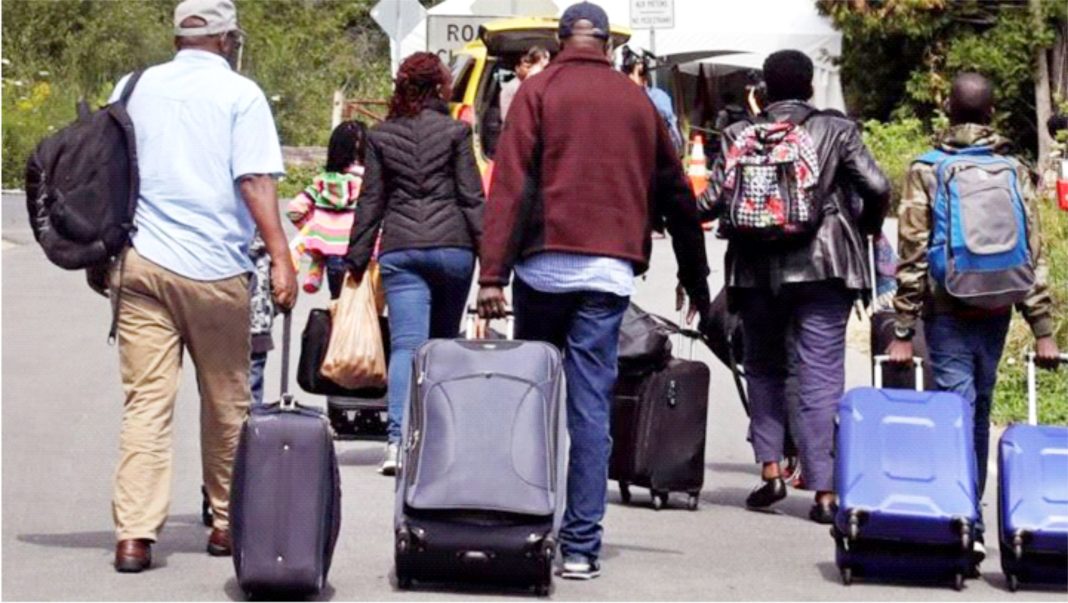 Migration is one of the key features of every human society. A glance through history reveals people moving from one place to the other. Sometimes it is temporary, and at other times it is permanent.

Also, several reasons account for migration of persons. For example, some people, known as explorers travelled round the world just to know new places. Some of them were Christopher Columbus and Mungo Park. Some were missionaries who travelled round their world to propagate their religious beliefs, such as Henry Townsend and Mary Slessor.

There are also people who travel from place to place in search of greener pastures. Economists call it mobility of labour, which can be geographical or occupational. It is occupational mobility of labour when the individual drops a job for another one that appears to be more promising, while it is geographical when the individual relocates to another place that seems to have better job or business opportunities.

When able-bodied youths and middle-aged people leave a particular place in large numbers simultaneously, it is called brain drain. That trend has been going on in Nigeria for sometime. In fact, a term has been coined for it, especially in the Yoruba speaking part of Nigeria, which is ‘japa.’

Recently, the Nigerian Medical Association revealed that Nigeria has a deficit of 315,426 medical doctors to cater to the health needs of its 215, 266, 984 population due to massive brain drain, adding that between 2016 and 2018, not less than 9,000 doctors left Nigeria for better work environments, safety and security in three countries – the United Kingdom, Canada and the United States of America.

The NMA noted Nigeria’s ratio of one doctor to 5,000 patients falls short of the World Health Organisation’s recommended ratio of doctors to patients in the country, which should be one doctor to 600 patients.

Using the latest United Nations population data for Nigeria, which is pegged at 215,063,351, the NMA revealed that there are 43,013 doctors available to attend to all Nigerians, leaving a huge deficit of 315,426 medical doctors.

According to a Pew Research Centre study conducted in 2018, Nigerians top the chart of people who plan to move to another country within the next five years with 48 percent, among the 12 countries sampled for the survey.

The survey also revealed that 55 percent of those who planned to leave Nigeria had gathered information about moving to another country; 34 percent had either saved or borrowed money; 30 percent applied for necessary documents like a passport and Visa; and 14 percent had taken all necessary steps.

African Union’s Revised Policy Framework for Africa and Plan of Action (2018-2027) disclosed that an estimated 70,000 skilled professionals emigrate from Africa each year. According to reports, Nigeria lost over 9,000 medical doctors to the United Kingdom, Canada, and the U.S.A between 2016 and 2018. With a depleting number of medical doctors, Nigeria annually spends between $1.2 billion and $1.6 billion on medical tourism.

The brain drain cuts across many sectors and professions as funds are taken away from Nigeria’s economy to boost the economies of other countries, as the best hands are outside the country.

Nairametrics also reported that Nigerian companies spent over $55 billion on foreign professionals’ service in 10 years. On the other hand, the country only received $770.48 million for professionals in the country.

According to some online reports, Nigerians paid N9.78 million for a U.S.A visa in 2017. This fee only includes those who traveled as non-immigrants and excludes those who obtained immigrant visas or those whose application was rejected.

In a similar vein, a Central Bank of Nigeria (CBN) report shows that Nigerians spent at least $220.86 million on foreign education between December 2021 and February 2022, amidst the lingering ASUU strike and the broken Nigerian educational system.

One of the consequences of this brain drain is that Nigeria spends billions of naira training its skilled manpower, only to lose its capital to other jurisdictions. It is estimated that Nigeria has spent upwards of $2bn training doctors who have subsequently migrated. The United Nations Commission for Trade and Development estimates that each African professional lost to other countries represents a loss of $184, 000 to Africa.

In 2018, Nigerians received $25.1 billion from Nigerians living abroad, a figure that triples the country’s capital expenditure budget. For context, Nigeria made $18.2bn from oil production and export. This leaves a massive load for those left behind to carry. From recent statistics, Nigeria has one of the worst lecturer to student ratios in universities worldwide, with disturbing numbers such as 1 lecturer to 122 students in the University of Abuja being reported.

This is just as President of the Academic Staff Union of Universities (ASUU), Professor Emmanuel Osodeke, revealed that many lecturers in Nigerian universities had left the nation to pursue professions overseas, as the Federal Government struggled to find a lasting solution to the ongoing crisis in the education sector.

Prof Osodeke who made the disclosure while interacting with journalists at the Obafemi Awolowo University, OAU, Ile-Ife, said: “We don’t have a certain statistic but a large number of our members have moved out of the country not because they hate this country but because of the way they are being treated. There’s no country in the world where their academics will go on strike and you think the best weapon is to seize their salary.”

This is indeed a worrisome trend. According to Professor Simon Ehiabhi from the Department of History and International Relations, Adekunle Ajasin University, Akungba-Akoko, brain drain dates back to the era of slave trade. He, however, said that while brain drain was forced during slave trade, the one that is taking place now is voluntary.

The pertinent question is, can the current brain drain be reversed? Dr Adedayo Afe from the Department of History and International Relations, Adekunle Ajasin University, Akungba-Akoko pointed out that the brain drain can be reversed if the government will take necessary steps such as fixing infrastructure and attending to the welfare of citizens.

He noted that countries such as Ghana and India have faced similar challenges which brought a large number of their citizens to Nigeria, and by the time their economies were revived, they returned. He also made reference to how US and Japan survived the Great Depression and the 1945 atomic bomb attack respectively.

Mr Samuel Enesi, an architect, attributed the japa syndrome to bad leadership and a desire on the part of the citizens to survive.

He said: “We are hard working people and we are equally ambitious. Everyone desires a better life. When the Federal Government declared that there would be no more free money, a lot of people thought it was about fighting against corruption. How do you make your people suffer just because you can’t take decisions? No enabling environment for business people, those who decided to farm have had to face lots of losses arising from destruction of their crops by herders. We live in a country where security issue is a major one. Lots of people are scared of living in this country. The government has made life unbearable for people and this affects both professionals and those at the lower level.”

Enesi, however, expressed hope that things will change for better and those who have traveled will still come back to rebuild Nigeria with the capacity they have gathered.

Similarly, Mr Kayode Ogunmola, a microbiologist, opined that the japa trend can be reversed but it will take careful and deliberate planning on the part of the government. He noted that people are not just relocating but escaping, saying, “If it were relocation, the traffic would not be this much. It’s actually a mass exodus and it’s due to the terrible situation in which our country has found itself.”

Ogunmola pointed out that our economy is in a bad state and government policies are not helping matters, making youths to seek greener pastures.

As a solution, he recommended that the government should revitalise the economy by reviving industries that are in a state of comatose, noting that no economy can thrive without manufacturing.

He added that there is the need to diversify the economy, saying, “For a very long time, our economy has been dependent on crude oil but we need to explore other options, such as agriculture. Our nation can run on an agrarian economy but it should be mechanised.”

While lamenting that our best hands are leaving the country in droves, Ogunmola recommended that the government should put round pegs in round holes and do everything necessary to restore hope in the youths.