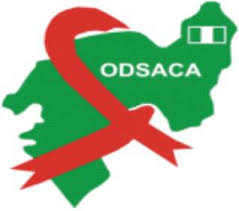 By Kemi Olatunde
|
The Project Coordinator, Ondo State Agency for the Control of AIDS (ODSACA), Dr. Dayo Adegbulu has revealed that lack of adequate information, intergenerational sex, way of response as well as epidemic classification among others are the factors that are responsible for high level of HIV/AIDS prevalence in the state.

He dropped the hint why speaking with The Hope in Akure, adding that sex workers in the society and the socio economic situation in the country also played a major role in encouraging the spread of HIV/AIDS.

According to him, the number of ladies going into sex work is huge. When it started, people found it difficult to believe  and it has now become an epidemic. It took a lot of work before many could come out of it.

“When it happened, there was more concentration on the urban area and it took a lot of efforts in getting data from the rural area.

Adegbulu while commending government for its intervention in discouraging its spread,  stressed the need for the young generation to abstain so as to facilitate bright future for them, saying “when you instill a level of discipline in a child, he delays his/her sexual dealings due to the challenges attached such as getting infected with HIV.”

He hinted that the agency which has designed programmes for sex workers as one of the preventive measures taken, has also been making use of some structural interventions, saying “we have also passed a bill which would ensure that condoms are available in the hospitality industry.”

The Project Coordinator revealed that over 81,000 people are living with HIV/AIDS with a few percentage getting treatment.

His words; “based on spectrum which is the software to forecast about population, the total number of people living with HIV/AIDS is 81,871 and it has a lot of assumption on prevalence in the years past.

“The total number of those on treatment validated  as at first quarter this year is 10,881.

“Some are not on treatment but we are working on them by making our services attractive to them so as to ensure they get treatment,” he posited.