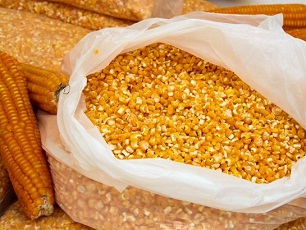 Include vitamin A maize in school feeding programme –Expert

By Kehinde Oluwatayo
|
A suggestion has gone to government at all levels to include vitamin A maize into its school feeding programme because of its benefit.

The Acting Provost of the Federal College of Agriculture (FECA), Akure, Dr Emmanuel Moyinjesu gave the suggestion as the institution began the harvest of its 15 hectares Vitamin A maize farm.

Moyinjesu who said the variety will improve  children’s sight, called on government to include it in the school feeding programme so that they can be consuming Vitamin A.

While saying it is also good for the adult, Moyinjesu noted that it is better to consume Vitamin A fortified food instead of going to eye clinic.

According to him, people engaging in feed mill can include Vitamin A maize in the preparation of poultry meal, adding that it will make their birds do well.

He also advised those who are into confectionery to include Vitamin A maize in their products to ensure that the public consumes it for clearer vision.

Moyinjesu who stressed that FECA is committed to training of people and ensuring food security noted that the institution embarked on large scale farming to show its profitability.

According to him, harvesting of maize will continue in the next five months in the institution because of the size of the farm.

Also speaking, Farm Manager in charge of the maize , Engr Olajire Abiodun said the maturity period of the new variety is 75 days.

According to him, the variety is easily digestible and good for the maintenance of the skin, apart from improving the sight of people.

The farm manager said the institution used mechanised farming system which makes the cost of production a little higher.