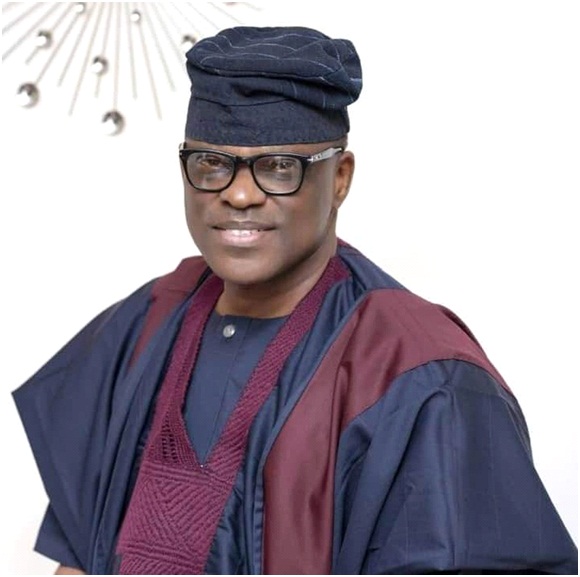 All Progressives Congress at the Ondo State Election Tribunal in Akure, APC has described issues raised by the PDP flagbearer, Mr Eyitayo Jegede about it’s convention as none of his business since he was not a member of the party.
Jegede’s alleged meddlesomeness in APC’s affair came up yesterday while being cross examined by the party’s lead counsel, Mr Lateef Fagbemi (SAN).
The PDP flag bearer who admitted not being a member of the APC said his claims about the party’s convention as deposed by him was because he was a contestant in the gubernatorial election.
At the cross examination, the tribunal adopted his two depositions as evidence when he was called to testify as the petitioner’s first witness.
Lead counsel to INEC, Chief Charles Edosowa, SAN, pointedly asked Jegede “Mr Jegede, are you a member of the All Progressives Congress?” the petitioner said no, adding, “I am a member of the PDP.”
Edosowa then reminded him that only authorised staff of the electoral body could be in a position to say if any candidate in an election has been wrongly credited with figures.
He told the petitioner “You are not an electoral officer, and therefore, not in a position to know if figures were wrongly credited or not.
In the reply, he told the court that he had made reference to the result of the election announced by the INEC on 11 October, 2020 with claims that they were concocted and wrongly credited.
Lateef Fagbemi SAN and Akin Olujimi SAN, counsel also put it to him that he was not a member of the APC and hence should not involve himself with the goings-on in the party.
The petitioner had opened its case by tendering eight exhibits before the tribunal and called it’s principal witnesses.
It will be recalled that, the Ondo State Election Petition Tribunal, had earlier fixed January 12, 2021, for its beginning to hearing of the October 10, 2020 governorship election in Ondo State.
The lead counsel to the petitioners, Dr. Onyechi Ikpeazu told the court that it had prepared a schedule documents to be tendered in order to ease the court processes.
Documents tendered are series of INEC forms, part of it were from the 18 local government areas of the state.
A letter signed by Mai Mala Buni and Senator John Akpan Udoehere on 27th July, 2020, supplementary to rules and regulations guiding the conduct of elections and the constitution of the APC were part of the exhibits tendered by the petitioners.
The tribunal led by Mr Umar Abubakar admitted all the eight evidences tendered and marked them exhibits.