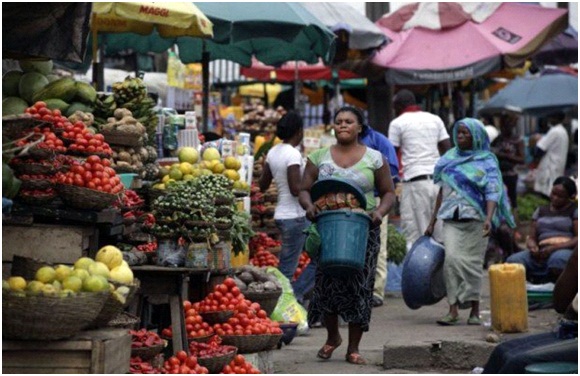 Financial experts have said that the increasing inflation rate in Nigeria has impacted negatively on the living standard of Nigerians.

The experts who spoke with The Hope, said the rising inflation rate has reduced the purchasing power of individuals leading to a decline in living standards.

Acccording to the National Bureau of Statistics (NBS), Nigeria’s inflation rate increased to 17.71 per cent on a year-on-year basis in May 2022.

The NBS also said that prices of selected food items had increased in the last 12 months in its latest Food Price Watch report in the same period.

He said individuals would now purchase fewer commodities with the same given amount of money.

“This scenario implies that people’s living condition are deteriorating, especially for low-income groups, whose income is rigidly fixed while prices are skyrocketing.

“It signifies the descent of many poor to further poverty and worsening conditions of living.”

He said a major contributor to the inflationary pressure was food inflation caused by rising food prices, adding that “this is expected because the rains have set in and old stocks are finishing.

“This is coupled also with the high cost of fertiliser and heightened insecurity which combined to discourage farmers and farming activities.

This has also caused very low projections for agric output,” he said.

Also, a financial analyst, Timothy Awe noted that Nigeria’s inflation rate had a negative impact on the purchasing power of Nigerians in diverse ways.

Awe said one of the impacts included reduced ability to purchase needed and required goods and services, especially where there was no corresponding increase in income.

“Others are a lower standard of living, increased poverty level as Nigerians are increasingly unable to access necessary goods and services.

He said economists had established a link between lower purchasing power resulting from inflation and an increase in crime rate.

According to him, where households are unable to cater for the needs of their members, there is a likelihood that some will go into criminal activities.

He also said low purchasing power had been linked to increased social vices like prostitution, thuggery, youth restiveness, and suicide rates among others.

An Economist, Paul Alaje said with the high inflation rate, it means that someone who had N100,000 this time in 2021, now has less than N85,000 this year for committing no crime.

Alaje said this situation may put several families in jeopardy as some members may lose their jobs because of the failure of their employees to pay them due to a decline in sales.