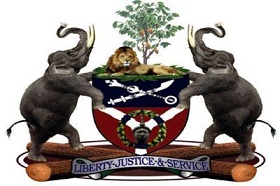 From Fisayo Akinduro,  Osogbo
|
The Osun state government has pledged to continually give necessary support to the Nigerian Air Force and other security agencies in order to enable them perform their duties effectively.

The state Governor, Gboyega Oyetola made the pledge during the commissioning of One Block of 12- bedroom flats at the Nigerian Air Force (NAF) Base, Ipetu-Ijesa.

Oyetola who was the special guest of honor hinted that the collaboration of the Southwest states to deliver peace to the people is on course and the military is a crucial partner in this enterprise.

The governor while applauding the Nigerian Air Force for their phenomenal support during the emerging security challenges in the state, equally solicited for their continued support in the resolve to keep the region and the people safe.

“The most precious resources of the military is it’s personnel. Giving attention to the welfare of the Air Force officers and men is therefore a huge contribution to the nation’s military strength and capacity.

“It is on the basis of this realization that I would like to salute the vision and leadership of the Chief of Air Staff and appreciate his contributions to the security needs of the nation.

“Permit me to extend my sincere appreciation to the Air Force for providing logistics support and training to make the Ipetu-Ijesa Base perform it’s role professionally and efficiently.”

In his address, Chief of staff, Special Operations Command, Air Vice Marshal A.G. Bello explained that the callus crimes in the environment is alarming, hence the reason behind the establishment of “209 Quick Response Group.”

He stressed that since it’s establishment in the state, the Air Force has been up and doing, promising to double their efforts at eradicating crimes from the society.