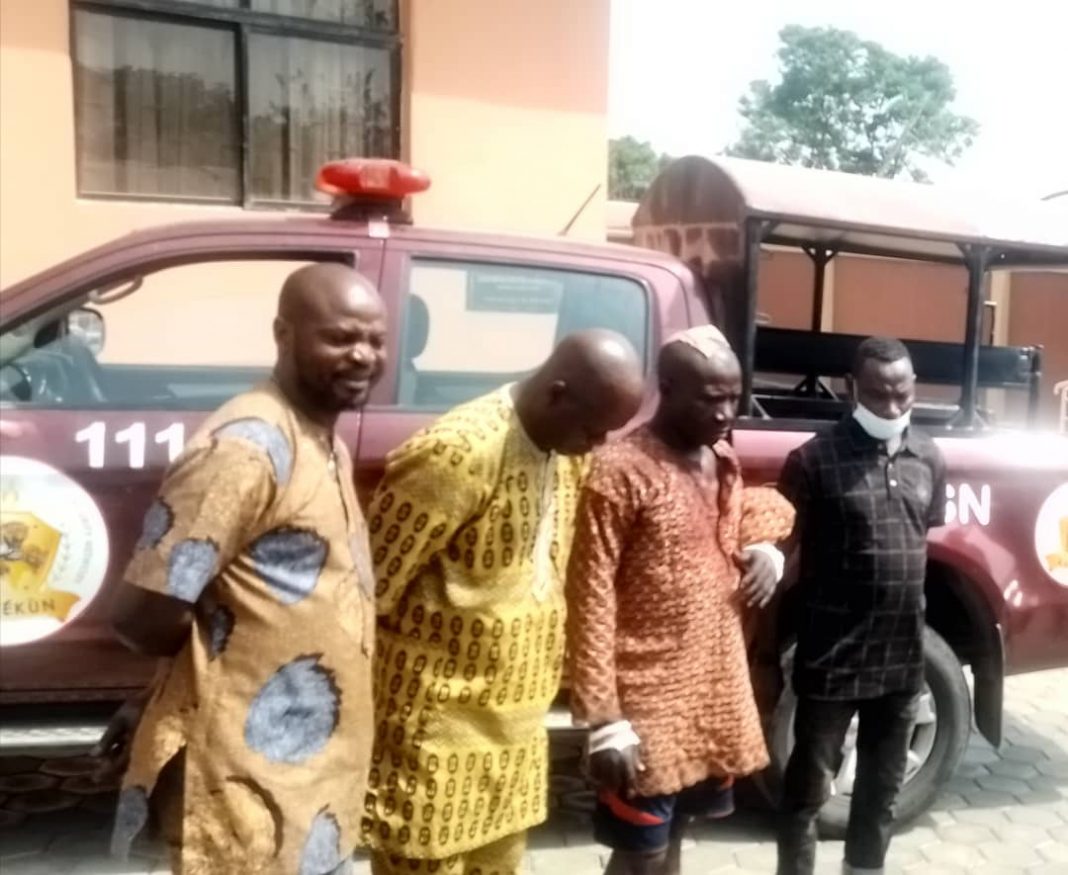 According to the Ondo State Commander of Amotekun, who’s also the chairman of all the commanders of WNSN, Akogun Adetunji Adeleye, the Corps received a distress call around 1:00am about an ongoing robbery operation between Oduduwa University, Ile-Ife and Osu on the expressway.

When officials of the Corps, who were on 24hours inter-border patrol, moved to the scene, they discovered over 70 vehicles had parked on the road because of the robbery operation.

Manoeuvring through the vehicles, the Corps met the robbers face-to-face who started shooting immediately they sighted the corps.

The Corps pursued them and rescued commuters, motorists and several vehicles held captive by the robbers while the armed robbers escaped through the forest.

The commander told The Hope Metro at the headquarters at Alagbaka, Akure, Ondo State capital, that it was possible for the corps to bust to robbery operation because someone called the distress line 0807 9999989.

He enjoined the people in all Southwest states to call Amotekun line whenever they suspected any strange movement’s in the areas.

The Hope Metro spoke with one of the victims, who owned the car, Matthew Olakanmi Aremu, said he was travelling to Jos from Lagos when the robbers forced them to a stop.

He said he and three other occupants of his car were robbed of the money, phones and other personal effects.

Another occupant, Mr. Femi Iletu, was hacked on the head by the armed robbers.

Akogun Adeleye, therefore, promised that the joint inter-border patrol would continue all through the Yuletide.

He enjoined the people to avoid night travelling when possible, promising that they would be on patrol 24 hours daily.