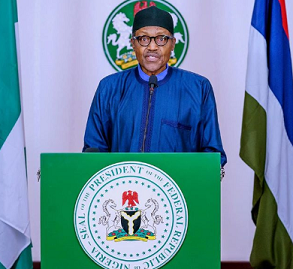 Jubilation trailed the Federal Government’s pronouncement which lifted the ban on interstate travels as stakeholders in Akoko commended President Muhammadu Buhari for taking the decision.
Government had placed a ban on interstate travels following the upsurge in the spread of coronavirus disease as a way of checking further spread.
Some residents who included transporters, educationists, traders and travellers who spoke with The Hope on the effects of partial lifting of the ban expressed their pleasure over the development.
Two members of the National Union of Roads Transport Workers, NURTW in Ikare-Akoko, Messrs Terin Amubieya and Mukaila Kokori expressed delight on interstate transportation which according to them will boost the nation’s economy.
Similarly they posited that the order will give succour to drivers and transporters alike who have before now been facing difficulty in feeding their families.
They urged their members to adhere strictly to the curfew guidelines approved by government.
A private school proprietor, Mr Peter Ajayi who was also delighted by the news urged parents to make their children in graduating classes of primary six, JSS3 and SSS3 available for final examination as stipulated by government.
Ajayi said the decision to allow schools to resume shows that government is highly concerned about education as the future of any country depends on it.
A business woman who usually do business between Ikare and Abuja, Hajia Sidikat Yusuf described the latest steps as a very big relief for them considering what they usually face while traveling particularly at road blocks.
Hajia Sidikat gave kudos to the government and urged people to follow all the laid down precautionary measures aimed at curbing the spread of the pandemic in the country.
A regular local air traveller, Mr Toye Olofintuyi commended the way the federal government handled the issue of the scourge and how it managed it administratively
Olofintuyi said the steps taken by the government to bring back the economy gradually is going to save the country from imminent economic doom.
He said aviation industry is very germane to fast rack the economy of any nation and making it work again is one of the best decisions of government.
Meanwhile all those who spoke with The Hope agreed that Nigeria will be free of corona if government directives and guidelines are followed strictly.
They therefore appealed to Nigerians to shun their nonchalant attitudes and see the disease as real.