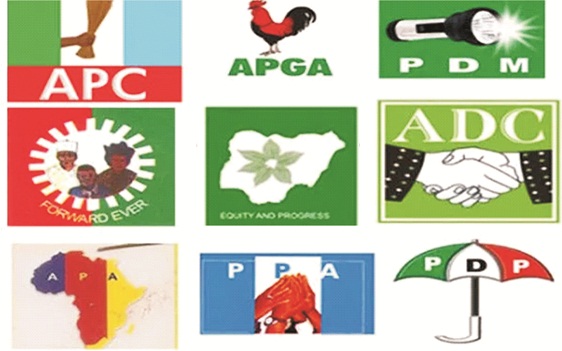 By Theo Adebowale
|
Party primaries have come and gone with the rituals, the intrigues, celebrations and regrets.  Old alliances, have been sustained and strengthened.  In certain cases, they have been bruised or broken.  New deals have been made.  A few would last, many of them would shortlive.  The All Progressive Congress, the party in power, is the institution making the headlines most of the time.  There are allegations of imposition, betrayal and fraud in several places at different levels.  Lagos entered the class of controversy in a grand style when the news broke out that Akinwumi Ambode might not clinch the party ticket.  Outside Lagos, it was at first, fake news.  With transformation in Epe, Oshodi, Berger, not a few particularly in the hinter land believed it was an expensive joke and that anyone harboring such a thought in their minds must be day dreaming.

Then the social media started to drop excerpts from Ambode’s Chronicles of Trespasses.  Suddenly the workaholic governor who had been too busy to attend public functions started showing up in political rallies as his counterparts, beginning from APC mega rally in Osun.  The sin against State House Chaplain, Alhaji Musiliu Smith, former Inspector General of Police, Mr Osun, former Commissioner for Finance and others were too crimson to be washed away at the party direct primaries.  But the way the results were accepted and victory conceded to the new APC candidate was vintage Lagos.

What had been expected to cause eternal damage elsewhere was amicably resolved in Lagos.  The Peoples Democratic Party, which always shops for opportunism was denied one by the incumbent Lagos Governor.  Politicians of the progressive camp must take some pedagogy in conflict resolution of internal crisis from Lagos.  The proximity of Ogun to Lagos suggests they would operate alike given close collaboration of politicians of the progressive camp in that region since the nationalist struggle against colonialism.  At least politically, the boundary between Lagos and Ogun is so porous that no strict discrimination, if any at all, exists between political actors.  Even businessmen and settlers have no such geographic demarcation in their lexicon.  As things stand today, the Peoples Democratic Party has not much to reap from the stormy waters of Ogun State just as Lagos does not offer immediate gain or basis for a trade off.

In Osun State, PDP took advantage of crisis spilling over from APC primaries principally because of the economic hardship which the government did not handle well enough.  In spite of the paucity of funds, the state was able to execute projects in education and infrastructure while paying insufficient attention to the welfare of its workforce.  The civil servants, the more so those on salary scale 08 and above, received monthly emoluments varying in direct proportion with revenues accruing from Federation Account and internal sources.  In an agrarian economy, this affects negatively the prosperity of the people.  Purchasing power is seriously undermined creating a vacuum, an opening for sabotage.  This can also be a minus for the information outfit of the state government which could not effectively play up the comparative advantage of performance in infrastructure development over many other states owing salaries for upward of twelve months.  The flanks of the progressives were exposed and the opposing parties, particularly PDP took advantage with victory at the Senate bye election, a feat it was about to repeat at the gubernatorial election.

Unlike the APC, Peoples Democratic Party chieftains are not as factionalised.  They demonstrated this with the ease with which they closed ranks after their presidential primaries.  They were helped by at least two factors.  First, the All Progressives Congress with its candidate is a formidable nut, not easy to crack.  With no dispute arising from the APC presidential primaries, it is wisdom for the PDP chieftains to give no room for offence.  Secondly, having been in charge of the national economy for 16 years, they know what it feels to be out of the power.  In fact many of PDP faithfuls now publicly declare they are ‘hungry’.  They therefore want to recapture power fast. Many people do not value power until it is lost, and this is true for APC chieftains.

Internal democracy would have been remedy for crises arising from primaries.  But this has suffered a lot in the camp of APC.  Out of sheer mischief, or perhaps, blinded by power, many of the leaders underestimated the importance of party faithfuls and chieftains.  A few privileged individuals at state and national levels went ahead and disrupted the process of selecting candidates.  In this economic hard times, members were assured of a transparent process.  Then aspirants went through the rigour of raising funds through loans and ‘endowments’ only for the party to declare preferred aspirants as candidates.  This is regarded as unfair, and disrespectful.  It is unfair because the money is not there and the loss was premeditated.  A full run of the risk could have appealed to the spirit of sportsmanship.  In some state, a councellorship aspirant would have forfeited almost half a million naira in the process.  This is considered too harsh in the face of prevailing economic circumstance.  To cause others to lose to their party through expressing interest to contest, and purchase of nomination forms in vain would not go down well with party members and aspirants.  Party elders, delegates, and chieftains in general, consider this as not only unfair, but disrespectful.  This is generating bad blood in the fold of All Progressives Congress such that many incumbent governors, it is speculated, are toying with the idea of cross carpeting.  Governor Akinwumi Ambode of Lagos, it is rumoured, might undermine the APC, as such, he is being checkmated with an impeachment threat.  The threat is thick, while the governor does not seem formidable enough to dare it.  Fortunately, both parties i.e the Governor, and the Legislature have denied the moves.  In Ogun State, Governor Amosun may have sent an advance team of his cabinet to a named party.  This claim, if correct may promise a clash of the titans in the 2019 General Elections.

That Zamfara Governor issued an open threat to the National Working Committee of his party not to conduct primary elections in his state, speaks volumes about the place of discipline in his party.  In Imo State, the Chief Executive finds in his beloved son-in-law, an aspirant in whom he is well pleased to be his successor.  In the glamour of power, many of these actors cannot fathom the place of members and the electorate in consensus building for acquisition of legitimate power, hence the manifestation of detrimental attitude to groups and the elite.  Because of intolerance of some office holders, many of them have denied themselves the benefit of access to valid opinion as they seem to prefer dishing out official information, without a valid feedback.  A few cronies present them praise songs, as input from the system. Indeed, a political party is not fully defined until members confirm equitable sharing of spoils! It is the one that stands that should take heed that it may not fall into error.  Internal democracy is key to achieving it.