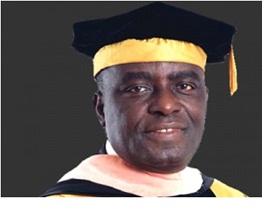 ‘Invest in education for national growth’

From Fisayo Akinduro, Osogbo
|
Governments, stakeholders and individuals have been tasked on the need to promote and invest in quality education as a panacea for national growth and development.

Former Executive Secretary of the Nigeria University Commission, Professor Peter Okebukola disclosed this at the Colloquium marking the 80th birthday of Professor Oluremilekun Aina in Osogbo.

Okebukola who called for the overhauling of the nation’s education system, identified poor quality training, low level of remuneration and poor attitude to schoolwork among others, as the bane of education in the country.

The don said all stakeholders in the sector contributed to the decline in quality of education, stressing that it is time to stop the blame game and focus on redeeming the situation.

While speaking on the theme of the colloquium: “The Place and State of Education in Nigeria’s Development: Imperative and Urgency of Reform”, noted that the quality of education originally recorded from the 1960s has depreciated to date.

He noted that it is the responsibility of government to lay down policies for the smooth running of the education system.

Okebukola advocated for increased investment to make school joyful to attend, adding that an attractive reward system is also germane to the revitalizing quality of education in the country.

In his address, the Osun state governor, Gboyega Oyetola extolled the virtues of Professor Oluremilekun Aina as one of the architects of modern Nigeria whose intellect and God-given wisdom have impacted  the socioeconomic and political lives of the Nigerian people.

Oyetola described the octogenarian as a strong builder of an army of workforce in entrepreneurship, vocational and technical education that have now become the strength and hope of the nation’s economy.

He called on Nigerians, particularly youths to emulate his virtues by being diligent and committed to whatever they do.